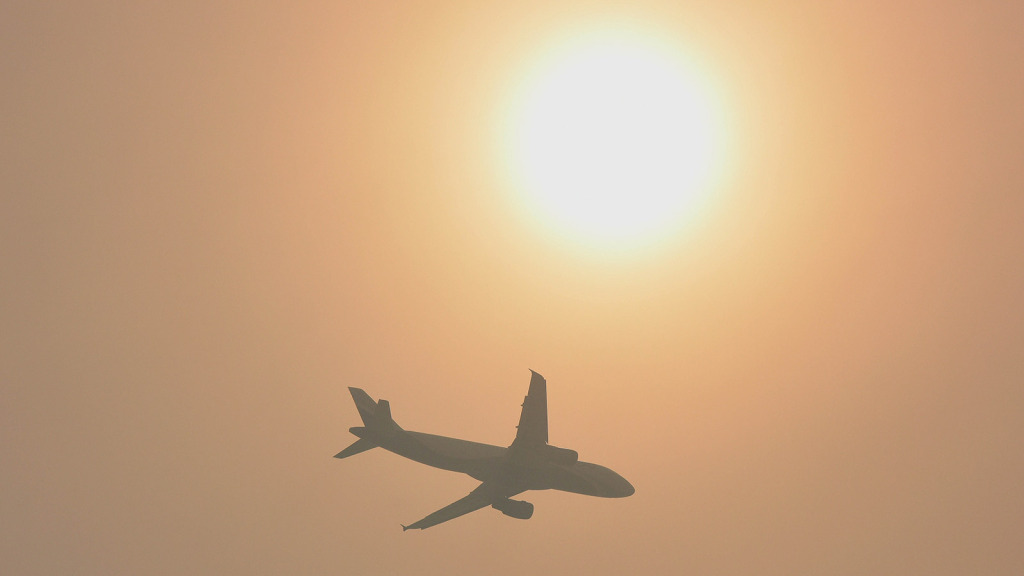 We’re slowly getting used to sacrificing once-beloved traditions for the environment, like drinking from plastic straws and cooking on gas stoves. Could racking up miles through frequent flyer programs be the next to go?

Boarding a plane will probably be the single most carbon-intensive thing you do this year. And while some climate activists are opting out of flying, like Swedish teen Greta Thunberg, few are ready to go to that extreme. In fact, consumer demand for air travel is growing fast, on schedule to double in the next two decades, and improvements in airplane efficiency have not kept pace.

One U.K. researcher made headlines this month by proposing a provocative solution: a ban on frequent flyer programs.

The suggestion came in a report commissioned by the U.K. Committee on Climate Change geared at changing consumer behavior through policy. It’s predicated on the idea that frequent flyer programs stimulate demand by encouraging members to take extra flights to earn rewards or maintain a privileged status. “The norm of unlimited flying being acceptable needs to be challenged,” wrote the study’s author, Imperial College of London researcher Richard Carmichael.

Could a ban on airline loyalty programs ever work? It’s actually been tested at least once before. Norway banned frequent flyer incentives for more than a decade, from 2002 to 2013, although for different reasons. The goal was to break up airline monopolies in the country, and the ban applied specifically to domestic flights. Norway’s ban ended after one of the affected airlines challenged the rule on the grounds that it violated a trade agreement.

It’s unclear whether a ban on frequent flyer programs would really lower our appetite for flight. As columnist Michael Skapinker pointed out in the Financial Times, airlines often have international partnerships. If British Airways could no longer offer a loyalty program, customers could instead sign up with one of its partner airlines, like American. Plus, frequent flyer programs don’t always lead to more flights — some allow customers to use their miles on products or activities other than flying.

“I’d expect the value of this approach to be largely symbolic,” said Dan Rutherford, aviation program director for the International Council on Clean Transportation, a nonprofit think tank. The policy might prevent a few extra trips from members of these programs, Rutherford said, but it’s more likely to mean an increase in competition among airlines that can no longer buy customer loyalty with the promise of an upgrade or a free flight.

To be fair to Carmichael, the ban on frequent flyer programs is only a small part of his report. The meat of the proposal is to levy penalties on frequent flyers themselves. Instead of shaming people for flying altogether, the approach would use economic incentives to nudge travelers toward flying less frequently, to less far-away places.

The report recommends an “air miles levy” — a tax that would increase with the number of miles traveled over a three-year period. Not only would this discourage flyers from racking up flights, but it would also disincentivize long flights, which tend to come with significantly higher emissions than short flights.

How would it work? The report suggests that each time you fly, your miles would be counted in a database tied to your passport number. When you book a new flight, the booking software would access that database and update the price of your flight accordingly.

Targeting frequent flyers before the rest of us could have a real impact. In the U.S., about 12 percent of Americans are responsible for two-thirds of all air travel. These travelers, who take more than six round trips per year, are the biggest aviation emitters.

The report also suggests requiring airlines to advertise the carbon footprint of a trip clearly in marketing materials in a way that’s meaningful to consumers, similar to the way fast food companies are required to report calorie information. Maybe that extra business trip to London won’t seem so appealing when it’s attached to a 2,000 pound CO2 price tag.