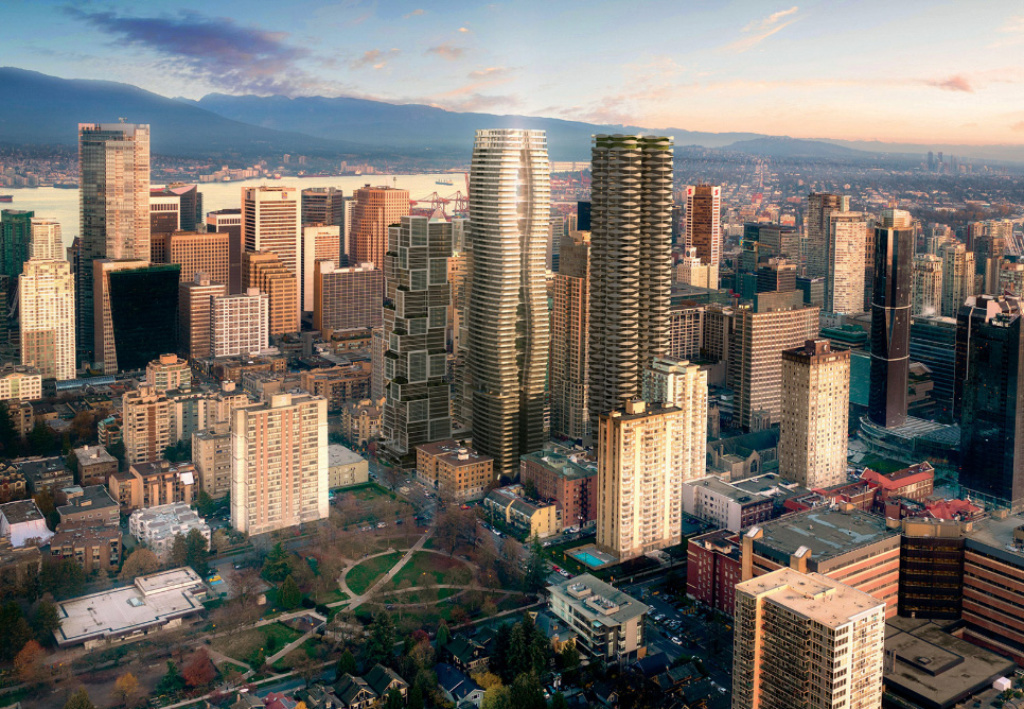 Canadian company Henson Developments has released plans to build the world’s tallest passive house in Vancouver’s West End neighborhood. The 60-story project and rezoning application is being reviewed by the City of Vancouver before it goes to city council for a public hearing. Aiming to earn Passive House certification, the tower was formed to break away from traditional Passive House design approaches.

As the Vancouver Courier reports, Tom Wright of UK-based WKK Architects designed the tower, while IBI Group is the Vancouver-based executive architect. The initial renderings show an undulating structure with larger common areas in the center spaces across multiple floors. Located at at 1059 to 1075 Nelson St. near Thurlow Street, the tower would be among the city’s highest buildings. Rick Gregory, vice-president of Henson Developments, said that, “There is a certain look that Passive House generally yields, and we’re trying to move away from that to make it much more attractive to other people to take the same approach.”

The Passive House certification is an international standard for energy efficiency based on creating an airtight building through high-quality windows, good ventilation and a well-insulated structure. The city’s green building manager Sean Pander commented that, “What makes it a really big deal is the amount of attention it will get with the public, as well as with developers, designers.”

City staff are reviewing the rezoning application, and a staff report will go before city council for referral to public hearing.