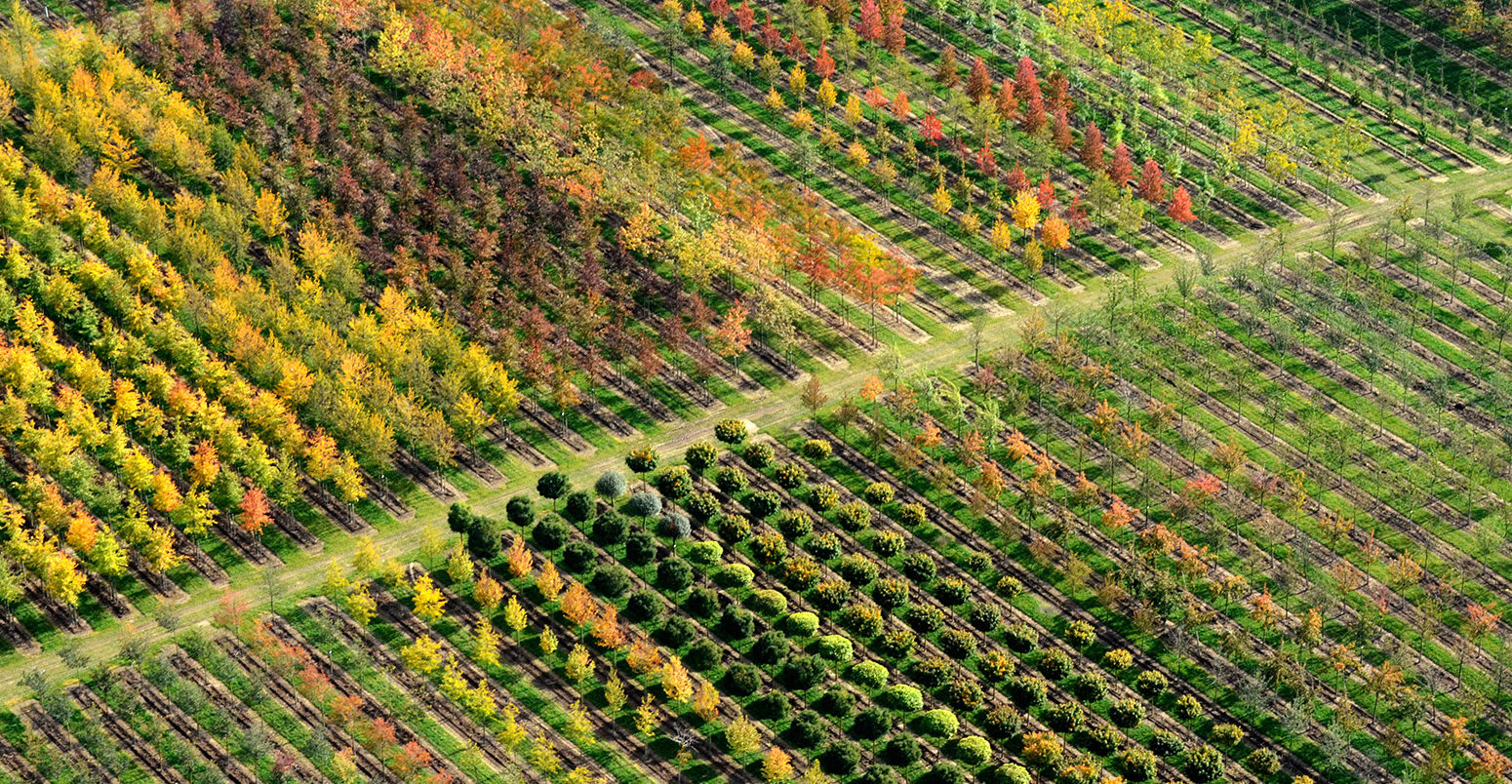 World can limit global warming to 1.5C ‘without BECCS’

It is possible to limit warming to 1.5C above pre-industrial temperatures without using negative emissions from bioenergy with carbon capture and storage (BECCS), new research says.

The study, published today in Nature Climate Change, throws open the debate about how to meet the stringent temperature goals of the Paris Agreement. It shows, for the first time, how a range of highly ambitious mitigation options can minimise – or, collectively, eliminate – the need for BECCS.

BECCS is a controversial and largely untested negative emissions technology that has come to dominate pathways to 1.5C.

The new paper instead explores alternatives including lifestyle changes, agricultural intensification and lab-grown meat, as well as an even more rapid adoption of renewables and energy efficiency. Some of these have tended to be excluded from the conversation, because they are hard for scientists to model.

The debate over how to meet the Paris goals “should be broader”, the lead author tells Carbon Brief, because there are risks to relying on negative emissions from BECCS.

The Paris Agreement, adopted by almost every country in 2015, says warming should be limited to “well below” 2C above pre-industrial levels, with efforts to keep it below 1.5C. To meet these goals, global greenhouse gas emissions must stay within a rapidly shrinking carbon budget.

Scientists have developed a range of scenarios to explore how this could be done. To date, 1.5C pathways have relied on negative emissions from BECCS to suck excess CO2 out of the atmosphere later this century. In part, this reflects the assumption that inertia in the global energy system makes it hard to peak and then eliminate CO2.

The chart below shows the starting point for today’s research: a pathway to 1.5C consistent with a likely chance (66%) of keeping the temperature in 2100 to below 1.5C.

(Like most others, this is an “overshoot” scenario, where temperatures breach 1.5C in the second half of the century before falling back below that level by 2100. No-overshoot pathways to 1.5C are only possible, even theoretically, if the remaining carbon budget is at the top end of current estimates.)

In this default scenario, fossil-fuel emissions, shown in black, peak around 2020 then fall steeply. Residual fossil-fuel use until 2100 is offset by BECCS (light blue), making the world net-zero for energy-related CO2 by around 2045 (grey line) and net-zero for all CO2 by 2050 (yellow line).

CO2 emitted during the next few decades, in excess of the carbon budget for 1.5C, is offset by net-negative emissions from BECCS later in the century (dark blue). By 2100, BECCS is removing around 15bn tonnes of CO2 (GtCO2) per year – equal to nearly two-fifths of current emissions.

This is controversial, because BECCS is largely untested, might not become available at the levels anticipated and could require land equivalent to the area of Australia, for growing bioenergy crops.

Dr Alexander Popp, who was not part of today’s research, is head of the land-use management group at the Potsdam Institute for Climate Impact Research (PIK). He tells Carbon Brief:

“There are major concerns about the sustainability of large-scale deployment of CO2 removal (CDR) technologies, especially in relation to BECCS, but also for large-scale afforestation.”

The new work on alternative pathways to 1.5C is, therefore, of “great importance”, Popp says.

Today’s research suggests this reliance on BECCS could, to some extent, be an artefact of the way scenarios have been developed. These pathways explore future changes in population, economic growth, energy demand and other factors using integrated assessment models (IAMs).

IAMs are generally designed to be “cost-optimal”, which means they prioritise low-cost solutions. They can be modified to include technical, political or social barriers to deployment, but cost remains the main driver. The new paper explains the consequences of this design:

“As IAMs select technologies on the basis of relative costs, they normally concentrate on reduction measures for which reasonable estimates of future performance and costs can be made. This implies that some possible response strategies receive less attention, as their future performance is more speculative or their introduction would be based on drivers other than cost, such as lifestyle change or more rapid electrification.

This goes some way to explain why BECCS has become so dominant in the 1.5C scenarios, even though its widespread deployment faces daunting sociopolitical barriers. In contrast, alternative solutions have often been ignored because it is hard to estimate their performance or cost.

Dr Glen Peters, research director at Norwegian climate institute Cicero, who was not part of the study, tells Carbon Brief:

“[This] is a good paper and a step forward. Hopefully, it will be a challenge to others to look at alternative mitigation strategies to those that are solely based on cost…I think it is worth having a discussion on what costs actually are and how they should be interpreted, particularly when things are not so easily ‘costed’ (such as reduced meat consumption).”

The study looks at a range of “aggressive” alternative scenarios to meet the 1.5C goal, reducing reliance on BECCS. Deployment of each mitigation option is designed to be “ambitious but not unrealistic”, the paper says. These alternatives are:

The research then looks at each option in turn, as well their combined effect, in terms of greenhouse gas emissions and the level of BECCS required to stay within a 1.5C carbon budget.

The small carbon budget for 1.5C means that existing scenarios lean more heavily on BECCS than for a 2C limit. This can be seen in the chart, below left, where the level of BECCS nearly doubles between a 2C pathway (purple line, “Def_2.6”) and one for 1.5C (blue line, “Def_1.9”).

Increased use of BECCS also raises the need for agricultural land to grow bioenergy crops, as shown in the chart, below right (blue line, “Def_1.9”).

Each of the mitigation alternatives cuts emissions, with the electrification and efficiency scenarios mostly affecting CO2 and the others having a greater impact on other greenhouse gases. This, in turn, cuts the need for BECCS (chart, above left) and for agricultural land (above right).

Combining all of the mitigation options together (“Total”) effectively eliminates the need for BECCS to stay within a 1.5C limit. This frees up significant areas of agricultural land in the model, some of which is reforested, resulting in “natural” CO2 removal.

As such, the zero-BECCS path to 1.5C in today’s study is not completely free of negative emissions.

“We show there are options available to significantly reduce BECCS, but it is really, really difficult to go to zero BECCS (or negative emissions)…Negative emissions are not necessarily bad, but it means that one does accept certain risks. If you don’t want to take these, or, for instance, find other options more attractive for other reasons – for example, synergies with other SDGs [sustainable development goals], ease of implementation, societal support – [then] I think [our new] paper allows for a much better consideration of pros and cons…I do believe getting rid of negative emission totally is not possible – but minimizing them might be attractive.”

Van Vuuren was a key figure in the early use of BECCS within climate models, as shown in Carbon Brief’s interactive timeline of the technology published in 2015. It is “unfortunate” that work to date on meeting 1.5C has been so dominated by BECCS, he adds.

Like all pathways to meeting the goals of the Paris Agreement, these new alternatives are highly ambitious. They also do not change the bigger picture for policymakers.

Dr Joeri Rogelj, research scholar at the International Institute for Applied Systems Analysis (IIASA), who was not part of this work, tells Carbon Brief:

“The core of the mitigation challenge remains the same: global CO2 emissions need to be reduced to zero. What policymakers should take from this entire body of research on 1.5C scenarios is that there is a variety of avenues one can pursue to limit CO2 emissions and that these different avenues or strategies allow to limit the contribution of potentially undesirable technologies like BECCS.”

Importantly, the barriers to adoption of the various alternative strategies go beyond the cost metric prioritised by previous research, spanning politics, societal acceptance and technical feasibility.

“It is highly unlikely that the investigated options can indeed all be applied simultaneously to the extent assumed in the paper and that the full impacts of each of the options can be delivered in practice, as the assumptions are very ambitious.”

“Each of these options deserves close examination and appropriate action by policymakers, if they want to take the Paris objectives seriously and avoid gambling on the large-scale availability of CDR [CO2 removal] and particularly BECCS.”

A study published last week explores the limits of plausibility for avoiding the use of negative emissions. It shows they are only avoidable if the carbon budget for 1.5C is at the high end of current estimates and if there is radical adoption of low-carbon technologies and lifestyles, along with unprecedented efforts to limit energy needs, so that demand in 2100 falls to half of today’s levels. A low-end carbon budget would make the 1.5C goal unachievable – even with BECCS.

“it is extremely useful for the academic community to assess alternatives to large-scale BECCS, in particular [because] that is likely to impact significantly on food security and land use…The stronger, earlier and deeper that politics embarks on ‘conventional’ mitigation policies and measures, the less the world needs negative emissions like large-scale BECCS to meet the Paris goals.”

Whether or not the Paris targets can be met, today’s research suggests policymakers should debate a wider set of options for tackling climate change, in addition to BECCS and negative emissions, which have come to be seen as a default “backstop”.

“IAMs have a limited set of tools [to cut emissions] and, in reality, there are many more tools in the toolbox. This is a good sign, as the more tools we have, the more options we have to getting to 2C or 1.5C. We need more studies broadening the toolbox, instead of using big-hitting backstop technologies like BECCS or direct air capture.”

It is worth adding that today’s research is far from an exhaustive exploration of that “toolbox”. Indeed, it concludes by mentioning a range of other options for cutting emissions, which have also generally been excluded from previous work. These include soil carbon management and “rapid forced closure of fossil-fuelled power plants”.

Finally, none of the current scenarios consider a world without economic growth, considered by some researchers as the only path to a sustainable future.

*Carbon Brief is funded by the European Climate Foundation.