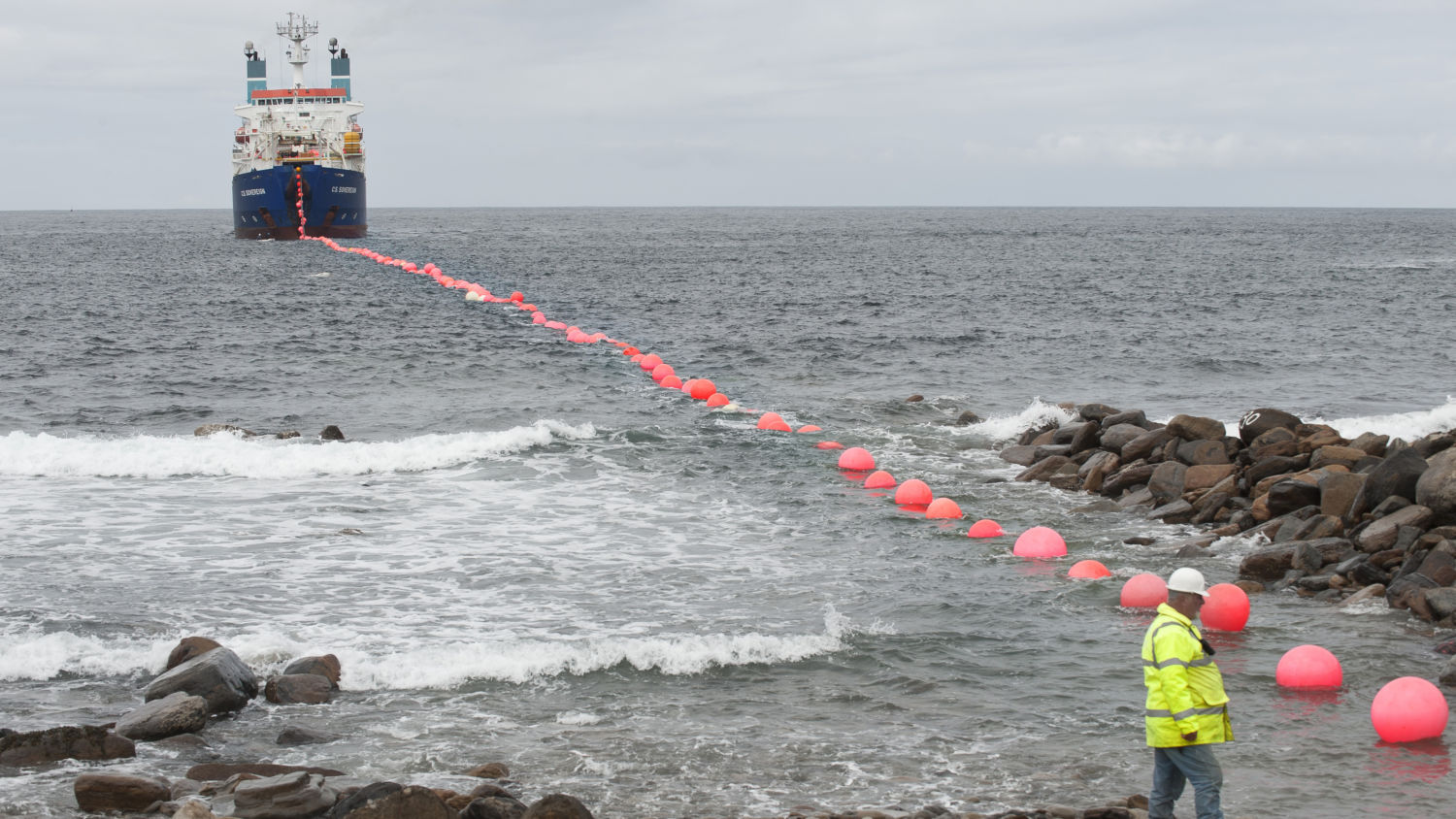 The US Department of Energy is out with an interesting piece on wave energy that puts a new twist on the “American Energy Dominance” theme. In a recent interview, the folks over at the agency’s Water Power Technologies Office teased out a revelation that the waves off the Oregon coast have about double the energy density of waves off the Scottish coast.

Who knew? The difference is significant because major wave energy test centers are located off Scottish and Oregonian waters and it looks like the US wins, right? Well, eventually. Scotland’s site has been up and running for a while, and the US site is still working its way off the drawing board.

Speaking of “American Energy Dominance,” that’s the thematic platform for the fossil fuel fans in the Trump Administration, but it’s vague enough to cover a lot of ground, intentionally or not.

It seems that some wiseacre over at the Energy Department decided that wave energy should be cheered on as well, because the interview is just one part of a whole series that the Water Power office is conducting with wave energy stakeholders.

The aim is to “broaden public awareness of marine energy’s role in the local economy,” meaning anywhere that marine energy can be deployed.

As for the PMEC-SETS site specifically, it looks like the US could have a keen edge over its competitors.

Here’s the money quote, from an interview with Elaine Buck, the Technical Manager for wave and tidal energy research at the European Marine Energy Centre at the Orkney Islands:

The energy density of Pacific Northwest waves is much more severe than in Orkney. EMEC estimates that annual wave power averages are almost double in the Pacific Northwest than on the Scottish coast. Testing and demonstrating a developer’s technology in such extreme environments suggests that these devices may be able to also find success elsewhere in the world.

The interview also included Gareth Davies from the environmental consulting firmAquatera Ltd., which is a partner in both the EMEC and PMEC-SETS facilities. Davies made the case for wave energy as an economic engine:

Based on our estimations, we calculated that 1,000 jobs would be created per one gigawatt of deployment. There is a clear relationship between the capacity for energy and the subsequent demand for jobs.

It’s also really important to keep in mind that there are significant economic implications for the supply chain, investments in hiring marine operators, and revenue generated by people in the local tourism and hospitality industries. We have over 400 visitors at EMEC every year, which generates a lot of money for the local economy.

It’s going to take a little while for all that job creation to materialize. PMEC-SETS, which will be based about seven miles off Newport, Oregon, is still in the permitting phase.

If all goes according to plan — in other words, once the facility is operational and connected to the grid, wave energy developers can come and test their devices at four test berths. The idea is to provide developers with “robust wave environments” leading to key goals for commercialization:

Optimize WECs and arrays to increase their energy capture, improve their survivability and reliability, and decrease their levelized cost of energy;

The US Ambassador For Wave Energy

Both Buck and Davies emphasize that “being a local” will be a key element in the facility’s success. Here’s Davies speaking to that point:

…you quickly realize that you are liable for everything you put into the community in which you work and live. PMEC-SETS has a chance to provide a low-risk investment pathway for the community, which is an opportunity to emphasize the value proposition of the facility in the long-run.

Buck underscored the importance of cultivating a network of “ambassadors” to attract global wave energy developers:

…it is also invaluable to have ambassadors for the facility. Whether these people are locals, are based in the academic community, live on the east coast, or work abroad, it’s important that they can actively and persuasively speak about the benefits of the facility. Having a growing network of PMEC-SETS contacts is critical for attracting the attention of global developers.

Onward And Upward For US Wave Energy

Wait, did the Energy Department just troll President Trump bigly? After all, if the President talked up wave energy with even a fraction of the attention he devotes to the US coal industry, the world would be beating a path to the Oregon coast.

Come to think of it, considering Trump’s mixed record on coal, perhaps the Oregon test site will be better off without any help from the Commander-in-Chief.

As it is, global wave energy developers are not waiting around for the US to get its act together.  One highlight is the Perth Wave Energy Project in Australia, which is already hooked up to the grid.

Australia is also weighing in with a kelp-inspired wave energy device at Port Fairy, which has been forging ahead despite some rough seas.

Over in England, the Welsh company Marine Power Systems sent a prototype version of its WaveSub to a location off the coast of Cornwall.

For the record, the new US marine power test site was funded to the tune of 35 million Energy Department dollars as one of the last acts of the outgoing Obama Administration.

Trump advocated for slashing the Energy Department’s budget to the bone last year, but cooler heads prevailed on both sides of the aisle. This year he’s coming back around for another run and the outcome could be different. He’s aiming the budget axe straight at the agency’s renewable tech programs.

As of this writing, PMEC-SETS is set for deployment sometime after Fiscal Year 2020, but keep a sharp lookout for blood in the water.