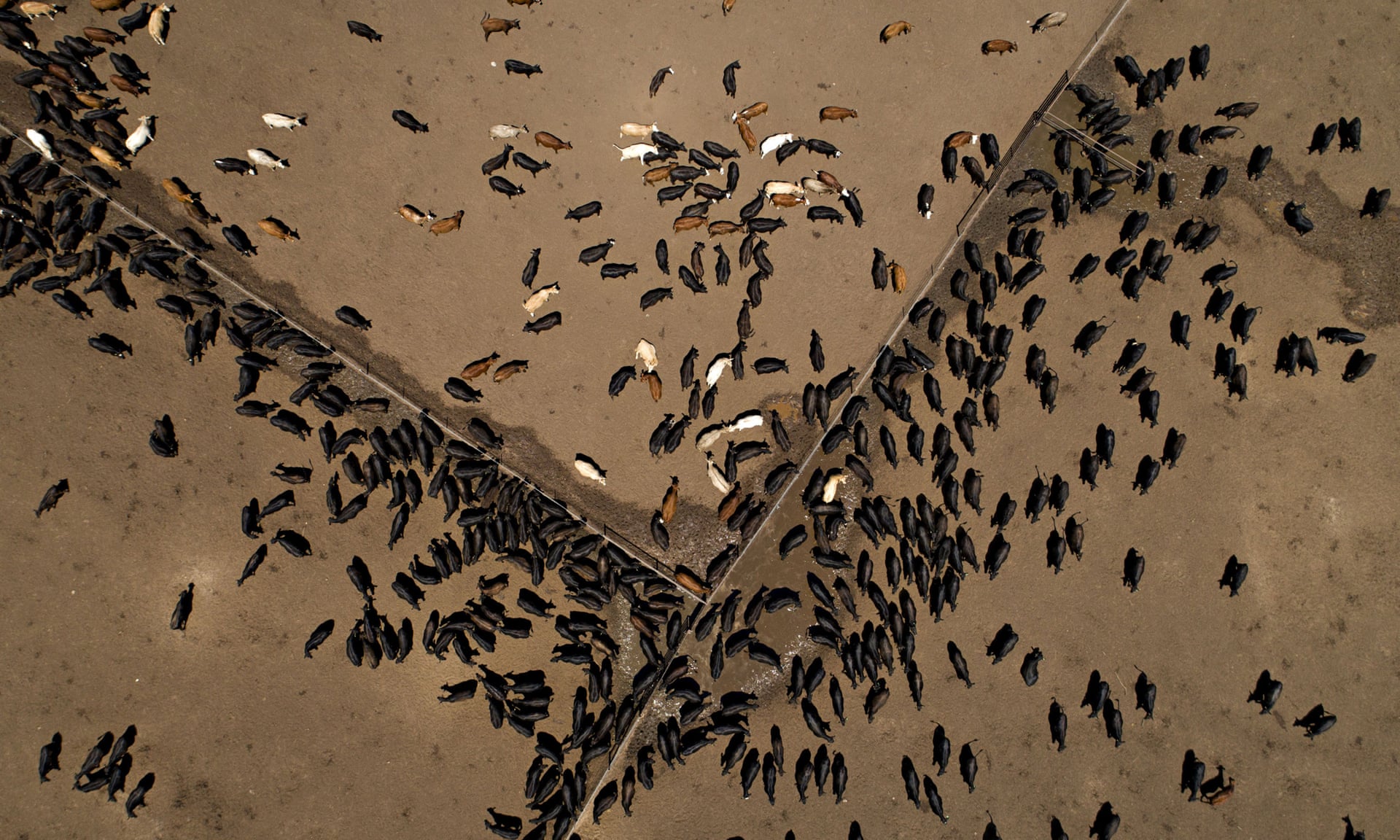 Recycling or taking the bus rather than driving to work has its place, but scientists are increasingly pointing to a deeper lifestyle change that would be the single biggest way to help the planet: eating far less meat.

A swathe of research released over the past year has laid bare the hefty impact that eating meat, especially beef and pork, has upon the environment by fueling climate change and polluting landscapes and waterways.

Industrialized agriculture and the onset of the worst species extinction crisissince the demise of the dinosaurs means that livestock and humans now make up 96% of all mammals. But despite consuming the vast majority of farmland, meat and dairy accounts for just 18% of all food calories and around a third of protein.

The mighty hoofprint of farmed meat isn’t just inefficient. Deforestation to make way for livestock, along with methane emissions from cows and fertilizer use, creates as much greenhouse gas emissions as all the world’s cars, trucks and airplanes. Meat rearing practices risk mass extinctions of other animals, as well as spawn significant pollution of streams, rivers and, ultimately, the ocean.

In October, scientists warned that huge reductions in meat eating are required if the world is to stave off dangerous climate change, with beef consumption in western countries needing to drop by 90%, replaced by five times more beans and pulses.

Consumption of pork, milk and eggs will also need to decline sharply, all as the world’s population balloons by an extra 2 billion people by 2050. Researchers said there will need to be a global shift to a “flexitarian” diet to help keep the global temperature increase from breaching a 2C limit agreed by governments.

A host of measures have been suggested in order to achieve this, ranging from a tax on red meat to feeding seaweed to cows to reduce methane escaping in their burps. Some advocates have promoted eating insects instead of steaks and pork chops.

A more likely avenue may be the advance of vegetarianism via lab grown meats and the popularity of vegan substitutes such as the Impossible burger, which even ‘bleeds’. Whichever way change is achieved, there’s hope that 2019 will be a key year in the overhaul of a broken global food system.