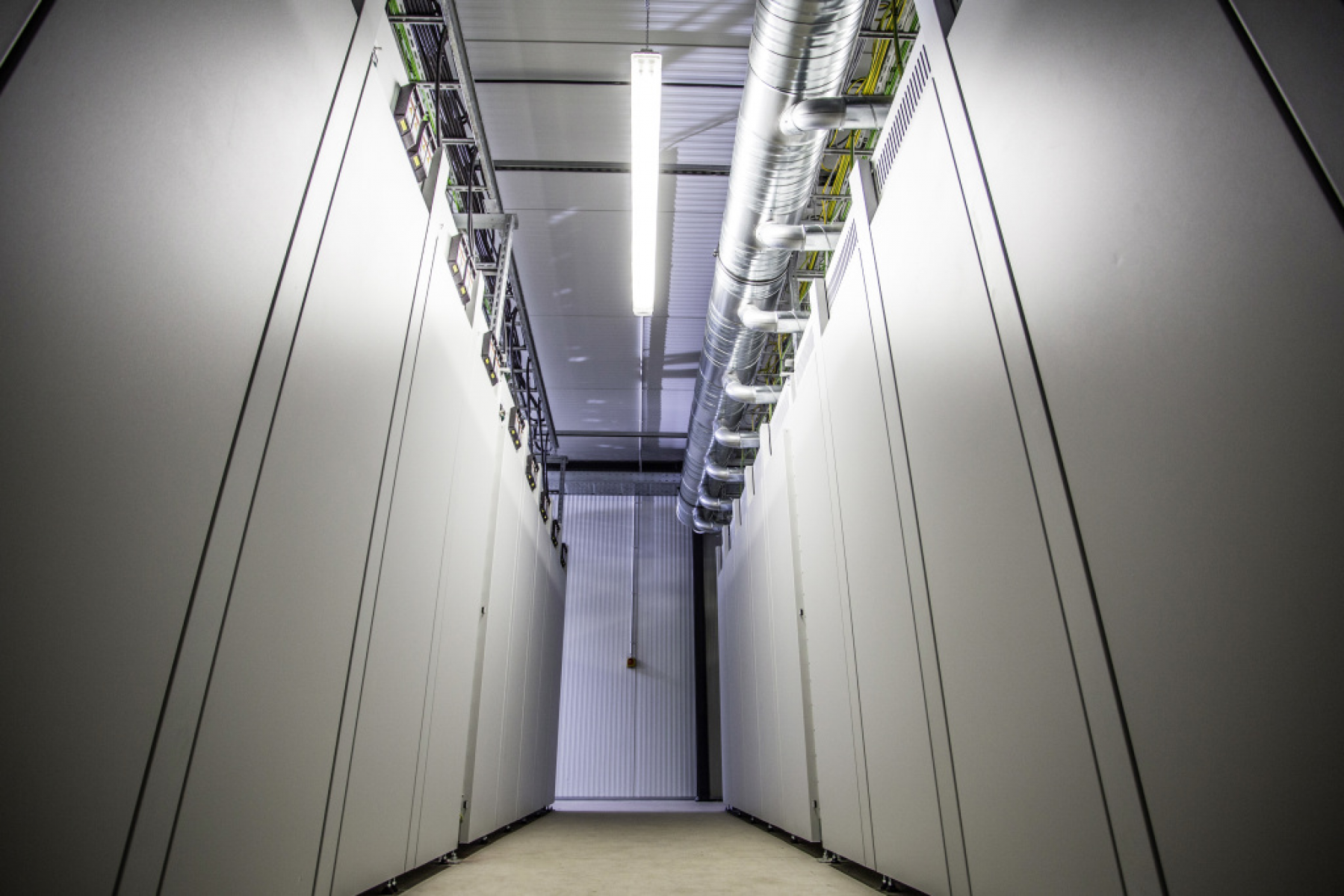 Like most consumables in today’s world, batteries from electric and hybrid vehicles have a tipping point beyond which they are no longer viable for use. Instead of stacking these used batteries in some fenced landfill for our grandchildren to deal with, Daimler AG is adapting electric car batteries into energy storage units. The most recent installation is an Elverlingsen, South Westphalia, “live replacement parts store” for the fleet of third generation Mercedes electric smarts.

A joint venture between partners Daimler AG, its subsidiary Mercedes-Benz Energy, GETEC ENERGIE, and technology company The Mobility House has bundled a total of 1920 battery modules in a plant in Elverlingsen in South Westphalia to create an energy storage facility. The stored battery modules are sufficient for at least 600 vehicles. With installed power output of 8.96MW and energy capacity of 9.8MWh, the battery storage plant is available to the energy market, for example, for supplying primary balancing power. Its modular design enables the system to continuously and fully automatically stabilize the power grid.

What To Do With All The Used EV Batteries?

Finding ways to reuse the technology is becoming more urgent as the global stockpile of EV batteries is forecast to exceed the equivalent of about 3.4 million packs by 2025, compared with about 55,000 this year, according to calculations based on Bloomberg NEF data. “The car manufacturers have an upcoming problem, and one that we are already starting to see: this massive volume of batteries,” said Johan Stjernberg, chief executive officer of Box of Energy AB. “The market will be enormous for second-life applications with storage.”

Property owners, developers, and utilities are looking for ways to harness energy storage from these inexpensive used batteries in a “second life” to help integrate variable renewables and save electricity costs. A report from Berkeley Law Center — part of a series on how climate change will create opportunities for specific sectors of the business community and how policy-makers can facilitate those opportunities — says vehicle battery storage programs can aggregate multiple used batteries to develop a bulk, commercial-scale energy storage system and microgrid backup system, among other demonstrations. Lithium-ion car and bus batteries, according to the report, “can collect and discharge electricity for a further 7 to 10 years after being taken off the roads and stripped from chassis.” This extended life has significant consequences for global automakers, electricity providers, and raw-materials suppliers.

Second-life batteries can provide backup power for homes and businesses, and utilities can dispatch peak power from these distributed batteries to relieve expensive fossil fuel-burning power plants, which can compensate for any decreases in renewable energy supply. To be usable as a replacement, a battery needs regular cycling during the storage period –- deliberate, battery-conserving charging and discharging. This prevents exhaustive discharge, which can lead to battery problems.

With its partners, Daimler is connecting the third large storage plant made of car battery systems to the grid. Together with the 12.8MWh second life battery storage plant that opened in Elverlingsen in 2016 and the 17.4MWh replacement part storage facility in Hanover, almost 40MWh of energy will soon be on the grid. At the same time the partners are reacting to the growing demands to compensate grid fluctuations, they are presenting a business case as a service on the German market for primary balancing power before they are potentially used in electric vehicles from Daimler AG.

In a recent press release, Daimler states that the efficient double usage of battery systems “improves the life cycle assessment and also the life cycle costs of e-mobility.” The project adds value at the beginning of the battery life, in so much that the “active” storage of the lithium-ion battery modules at the ENERVIEAG power station site in Elverlingsen is “like a fountain of youth for the battery systems used for electric mobility,” the company continues. These batteries store energy when it’s not needed and release it when it is.

There are many advantages to reusing second life batteries in mass energy storage. They stabilize the electricity network, offset periods of peak demand, and provide an emergency power supply. The company says that the energy storage units are durable and powerful. As a maximum reaction time of 30 seconds is required to ensure grid stability, the Daimler storage system in Elverlingsen reacts much faster – within milliseconds — exceeding the requirements for frequency control and the compensation of grid fluctuations.

The Elverlingsen site is configured for storage of 1920 battery modules for the third generation electric smart. The new Mercedes smart generation offers two versions – the fortwo with two seats and two doors and the forfour with four seats and four doors. The company says that the smart “reflects the good balance between heart and mind, passion and rationality. The third generation of the fortwo and the forfour is an evolutionary step which has developed into a very modern, urban brand as an integral part of the Daimler family whilst keeping the original DNA.”

A YouTube video (below) explains the dynamic behind Daimler’s “new dimension in energy management.” The energy storage units are built for the road but are also used as key components in stationary mass energy storage facilities, thereby contributing to environmental protection.

Europe’s largest spare parts storage facility is in Hannover. More than 3000 modules there provide a total capacity of 17.5 MWh hours. This is enough to meet the daily power consumption of around 3, 200 households. With an output of 13 MWs, fluctuations in the power grid can be balanced in a matter of seconds.

Lunen is home to the world’s largest second life energy storage facility. It comprises 1000 modules with a capacity of 13 MWh hours. It can store enough electricity to meet the daily requirements of around 2300 households.

Elverlingsen is the location of the third energy storage facility incorporating 1920 modules in total. With a storage capacity of 9.8 MWh, it can supply around 1800 homes with electricity each day. In collaboration with partners, Daimler is developing mass energy storage systems for a “huge range of applications such as black start, backup and uninterruptible power supply, peak load management, and off-grid applications. Daimler energy storage units — maximum supply for the energy storage of the future.”

The “live replacement parts store” based on electric car battery systems was constructed in Elverlingsen on the site of a former coal-fired power station that was built in 1912 and recently shut down. The large storage plant is a symbol for the transformation in the storage and use of energy – away from fossil electricity grid supply and towards a sustainable extension of the e-mobility value chain that reduces CO2. With the replacement part storage concept, the Daimler partnership is supporting the progress of the energy turnaround.