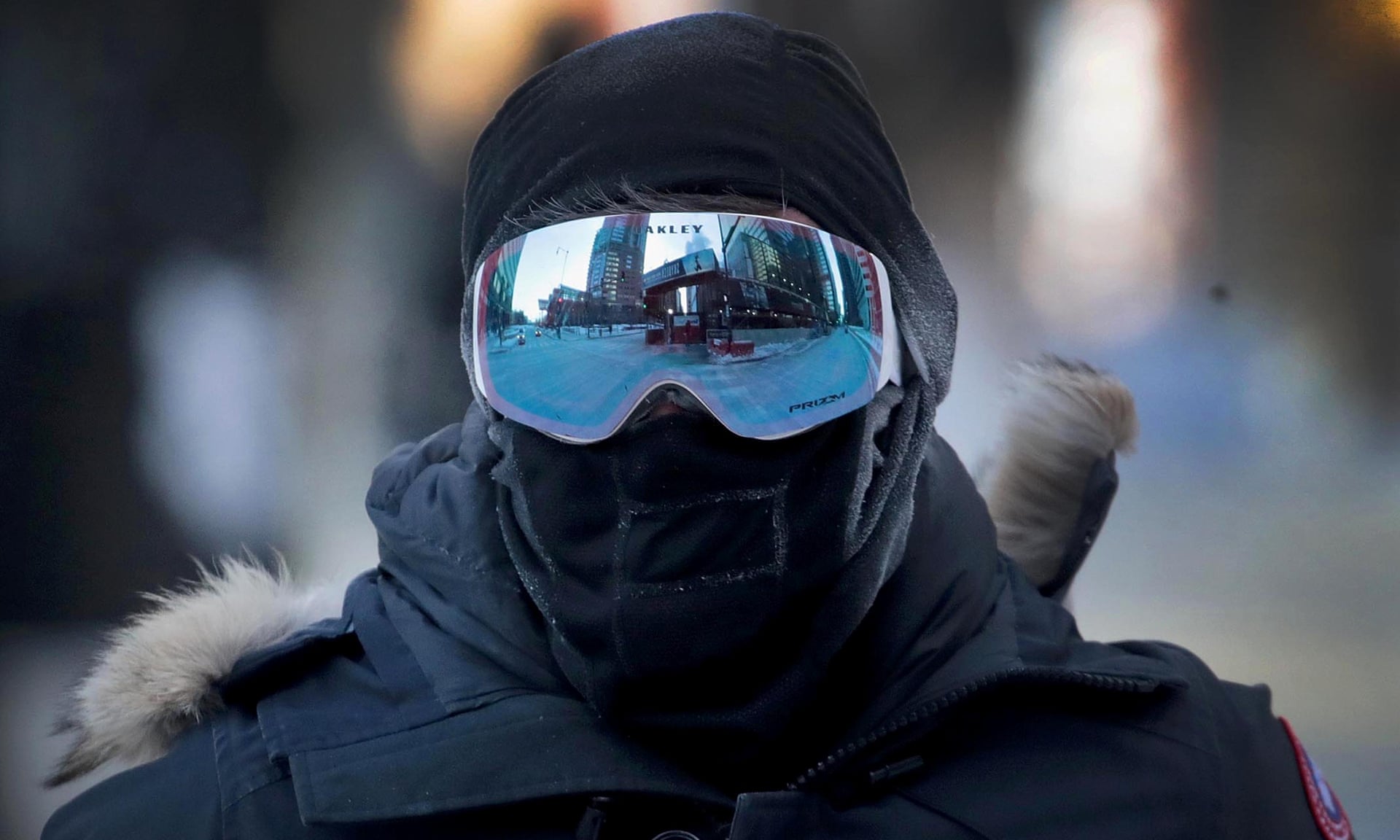 What is the polar vortex – and how is it linked to climate change?

The polar vortex has broken into ‘two swirling blobs of cold air’, bringing the most frigid conditions in decades to the midwest

What is the polar vortex?

As its name suggests, the polar vortex is found around the north pole. It’s a band of strong winds, high up in the atmosphere that keeps bitterly cold air locked around the Arctic region. This circulation isn’t considered a single storm, or even a weather pattern as such.

Why is it affecting the US?

Occasionally, the vortex can become distorted and meander far further south than normal. The phenomenon became widely known to Americans during a particularly frigid spell in 2014, when the media first started using the term “polar vortex”. It was also a factor in the “bomb cyclone” that battered the US east coast last year.

This time, the polar vortex has broken in two, bringing the coldest conditions in decades to the midwest US. On Wednesday, Chicago was 10 degrees F colder than Antarctica.

“At the moment the vortex looks like two swirling blobs of cold air, one settled over North America, the other over Eurasia,” said Jennifer Francis, the senior scientist at the Woods Hole Research Center. “It splits up when there is sudden stratospheric warming.”

Is this weather event linked to climate change?

Studies have pointed to a recent increase in instances where the polar vortex has bulged down into heavily populated areas. Scientists are gaining a better understanding of why this is happening, with many identifying climate change as an influence.

There’s some evidence that the jet stream, a meandering air current that flows over North America and Europe, is slowing and becoming wavier as the planet warms. The jet stream interacts with the polar vortex, helping bring numbing temperatures further south.

Scientists also point to a complex sequence of events involving sea ice, which is rapidly diminishing in the Arctic. As the ice retreats, summertime heat is absorbed by the dark ocean that lies underneath. This heat is released into the atmosphere during winter, spurring winds that can disrupt the polar vortex.

“We aren’t entirely there yet but there’s more and more support for this concept,” said Francis. “It’s a new and developing hot research topic.”

Well, Donald Trump certainly thinks so. “In coming days, expected to get even colder. People can’t last outside even for minutes,” the US president tweeted on Monday. “What the hell is going on with Global Waming (sic)? Please come back fast, we need you!”

Scientists were quick to point out climate change’s role in allowing Arctic air to flow south, as well as to remind the president that winters still exist.

A localized, albeit large, cold snap isn’t representative of the rest of the planet, as Australians currently sweltering in searing record heat of more than 46C (114F) will be well aware of. The past four years have been the hottest on record for the globe.

In the US, record-breaking high temperatures are outnumbering record lows by a ratio of two to one. Research suggests this ratio will expand to 16 heat records for every cold record set if the US warms by 3C (5.4F) this century, which is likely unless greenhouse gases are severely curtailed.

Trump’s repeated tweets mocking climate science when the temperature drops are “ridiculous, in a word”, said Francis. “He cares not to understand. It’s the only explanation.”