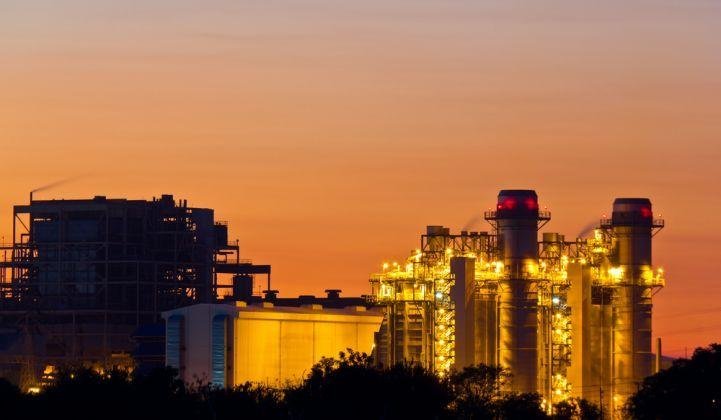 What Comes Next After Batteries Replace Gas Peakers?

Replacing gas peakers notches an early victory for the energy storage industry, but it is not sufficient to decarbonize the grid. Short-duration batteries have a physical limitation: They cannot deliver power indefinitely, and longer-duration options are rare at commercial scale.

That raises the question of what comes next as California, joined by a growing cohort of states, moves toward a legislative mandate of zero-carbon grid power by midcentury.

Nick Chaset grapples with that question as the CEO of East Bay Community Energy, a local organization empowered to source clean electricity for Alameda County, across the bay from San Francisco. His organization recently signed a contract to replace a decades-old jet-fuel-burning peaker in downtown Oakland with a 20-megawatt, 4-hour-duration lithium-ion battery plant.

Despite its smaller capacity and limited run time, that battery will step in to provide local capacity in place of the fossil-fueled asset.

“Right now, there’s still tremendous opportunity for the 4-hour[-duration] investments, which we’re going to continue to make,” Chaset said in an interview after the contract-signing ceremony. “What you’ll see is, through 2030 probably, it’s storage, 4- and 6-hour batteries, [that] gets you where you need [to be].”

After that, the path is less certain.

Peaker plants make easy targets for the clean energy industry. They act as a form of physical insurance against blackouts, costing ratepayers hundreds of millions of dollars even though they rarely participate in the grid. When they do, they burn dirtier than other resources.

Solar and wind power cannot replace peakers, because they do not dispatch on command. Batteries can, however, and they enjoy certain advantages when it comes to siting in load pockets like urban areas where a new thermal plant may not survive environmental permitting. Moreover, batteries can participate in grid activities when they are not needed for peak power, defraying their cost as a reliability asset.

What was once a theory articulated by aspirational storage developers has now entered into practice.

Last year, regulators approved a set of batteries at Moss Landing rather than grant “reliability must run” payments for a trio of Calpine gas plants. The new batteries may not directly cause the retirement of the existing gas plants, but they will reduce dependence on those fossil-fuel burning assets.

Utility Southern California Edison, at the behest of regulators, halted a new gas peaker slated for the beach in Oxnard and ordered up a suite of batteries in its place. Along the way, grid operator CAISO studied clean energy technologies and determined they could fulfill the reliability role the gas plant would have played; that provided a valuable external validation for the concept.

Just this week, East Bay Community Energy signed the deal with Vistra Energy, which owns the 40-year-old peaker next to Jack London Square.

Energy storage in today’s market tends to max out at 4 hours of duration at peak capacity, meaning it can reasonably step in for a peaker that only operates in bursts of a few hours. A Wood Mackenzie study of four existing peakers found that a 6-hour battery could have handled 74 percent of their actual peak operations in 2017; the remaining events lasted too long for such batteries.

The upshot is that currently available battery technology can plausibly take over much of the peaker role, but not the bulk power function served by larger combined-cycle gas plants. At some point, clean resources will need to supply larger amounts of power on demand for an extended period of time, especially in the evenings as solar generation tapers off.

Building out conventional storage, standalone or paired with solar plants, during the coming decade should get the state to its interim target of 60 percent renewable power by 2030, Chaset said.

“It’s the 2030 to 2040 timeframe where it’s a little bit more challenging and we don’t necessarily have the right solution identified just yet,” Chaset explained. “Some would say maybe it’s pumped hydro. Those are huge investments. Yes, there’s technological innovation happening, but that’s mostly concrete and steel.”

Pumped hydro is the largest source of grid storage currently, but its growth is limited by its environmental impacts. That technology has been around for decades and thus cannot expect the kinds of price declines that lithium-ion batteries enjoy thanks to increasing scale of production and new research and development.

As such, power providers have to keep assessing the state of long-duration storage technologies that could work for their portfolios.

A few companies are tackling that challenge, like Form Energy, a team of industry veterans chasing long-duration, low-cost battery breakthroughs.

Others are developing compressed air storage, which shifts vast amounts of energy by pressurizing air and pumping it underground. Such projects are exceedingly rare, although Mitsubishi Hitachi Power Systems signed onto a new one in Utah last month.

“My view is, let’s not make that investment yet if we don’t have to,” Chaset said. “Let’s make the investments that we know we need right now — that’s really solar plus energy storage — and let the technological ecosystem evolve a bit more to see what the winners and losers are.”

The argument that it makes sense to start down the path without knowing exactly where it will end may raise issues for the risk-averse. But it echoes what Xcel Energy, the utility serving eight states in the Midwest and West, said when it committed to decarbonize its fleet by 2050.

The philosophy embraces uncertainty rather than risk locking into a large, ill-advised investment.

“Frankly, it’s about making lots of small bets instead of one big bet, because that one big bet — yes, it could work for you, but oftentimes it might not, given the pace of technological change,” Chaset said.

“Whereas [with] lots of smaller bets over time, you’re sort of riding the wave of technological improvement.”