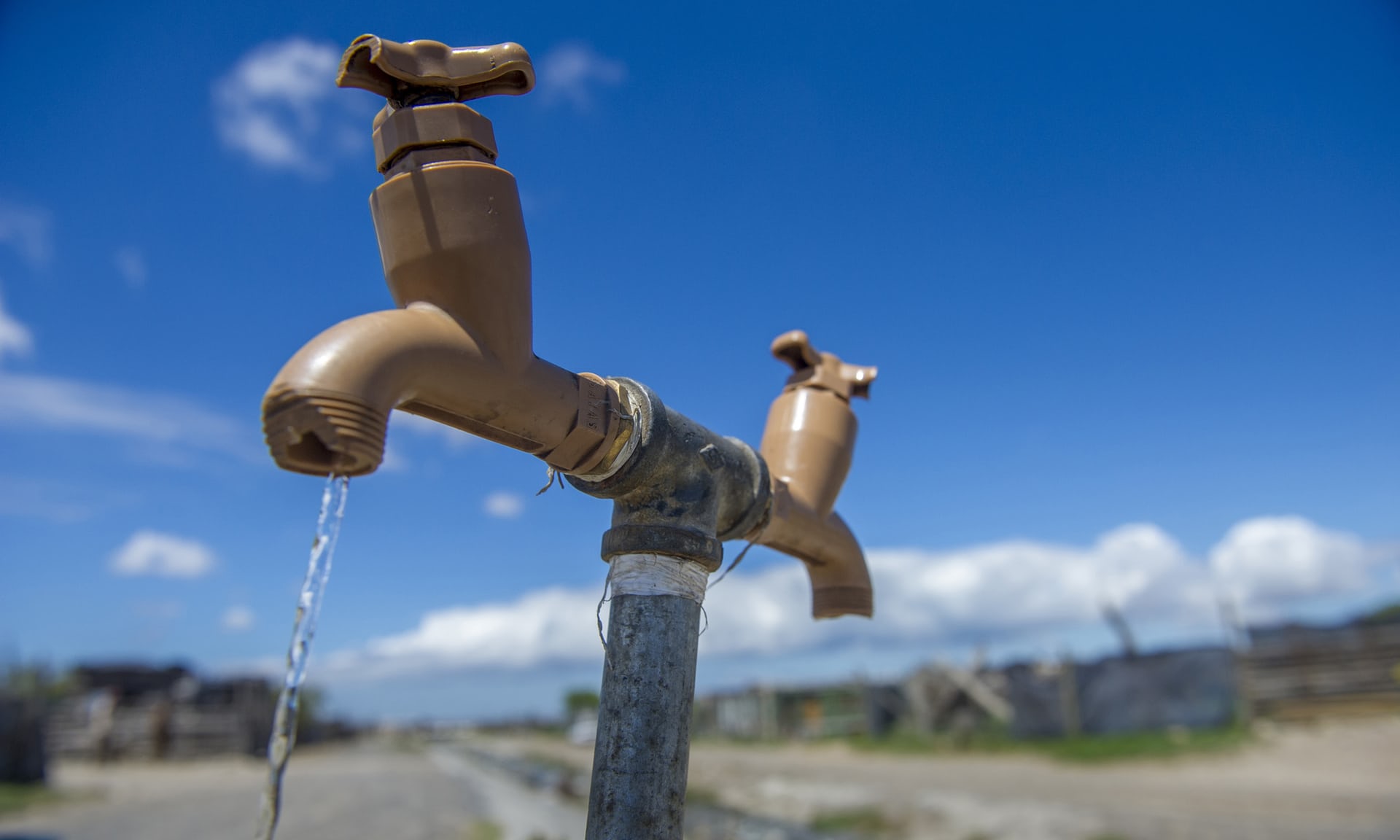 What Cape Town can learn from Australia’s millennium drought

As Day Zero looms and the South African city gets set to run out of water, experts say lessons learned during Melbourne’s brush with a similar fate may help avert a global crisis

In December 2017, Seona Candy drove through the vineyards of the Franschhoek Valley near Cape Town towards the banks of the Sonderend river. In the late 1970s, the waterway was dammed to create the biggest reservoir in South Africa’s Western Cape. Behind the thick walls of the Theewaterskloof dam lay the capacity to hold 480 million cubic metres of water, nearly half of Cape Town’s water supply.

“When I got there, it was mostly dust,” Candy says.

Candy, a post-doctoral research fellow in sustainable food systems at the University of Melbourne, was in the city for food security conference. Every conversation, with everyone from other delegates to her Airbnb hosts, turned back to the water crisis.

The city has been in drought since 2015. Its population has almost doubled since 1995, from 2.4 million to 4.3 million, putting pressure on the urban water system. At the end of last year’s dry season, the water behind Theewaterskloof dam was less than 13% full.

Day Zero, when municipal water supplies will officially run out, is looming. The local government say the taps will be turned off on 11 May. At that point, people will only be able to collect a daily allowance of 25 litres from 149 points around the city, marshalled by the police and military.

But experts believe this is a crisis that could easily face other major urban areas with similar population and climatic characteristics to Cape Town.

Water security around the world

“Cape Town is the canary in the mine,” says Candy.

In Australia, the millennium drought, which parched the country for the first decade of the new century, left cities such as Melbourne a year away from running out of water.

This experience has put the country, and institutions like the University of Melbourne, at the forefront of cross-disciplinary research into water security.

“Experts overseas expect Australia to be one of the first developed countries to be really hit by climate change in terms of drought,” says Candy. “We already have been. The world is watching to see how we deal with climate change – either how badly or how well.”

Her own research in modelling future scenarios around food security and greenhouse gas emissions points to one major recommendation: the wholesale switch from fossil fuels to renewables in energy generation.

Agriculture accounts for the biggest use of water in most countries. But Candy has found the amount used in energy production is projected to leap to similar levels, fuelled by power demands from coal seam gas production.

“If you switched to 100% renewable energy generation, in the future we could save the same amount of water that we currently use in agriculture,” she says.

Expanding distributed, or decentralised, systems is another solution, she adds. It allows people to reduce the distance between collecting and using water. Rainwater tanks are the best example. The millennium drought saw nearly a third of households in Victoria install them.

“These are good, not just because they take pressure off existing infrastructure and resource by having a technological solution, but also by making people more aware of what they are using,” says Candy.

Any intervention in water security comes at a cost. With climate change amplifying both flood and drought, the risk of getting it wrong is also heightened.

Professor Andrew Western is part of the hydrology and water resource group in the University of Melbourne’s department of infrastructure engineering. He has been running simulations to help city authorities hold future Day Zeros at bay without going bankrupt.

Key to creating a buffer in a city’s water supply is having more than one source, he says. Reservoirs alone will not suffice for cities with highly variable climates like those in Australia or South Africa.

“You need diversity of water supply to get security,” says Western.

At the height of the millennium drought, Melbourne built a desalination plant and a pipeline to divert water from the Goulburn river in the rural north. Both were expensive – the plant cost $3.1bn – and politically contentious. But combined they now have the potential to supply more than half of Melbourne’s water needs.

Using reservoir levels as a key indicator, Western’s work will help cities know when to start using such technological interventions and what the associated costs – capital, operating and social – will be. The aim is to help authorities avoid panicked, costly decisions.

“It’s worth spending money to have really good plans in place for when crisis situations are emerging. With Cape Town, this is probably where it has fallen down,” he says.

Each household makes a difference

Meenakshi Arora is also part of hydrology and water resource group. The senior lecturer in environmental engineering has run detailed simulations of the water demand caused by household activities such as cooking, laundry, toilet flushing and showering.

She recommends that houses should have two different water streams: drinking water for cooking and showering, and non-drinking water – including harvested rain and storm water and treated waste water – for toilet flushing, laundry and garden irrigation.

Changing the water quality to suit the task would reduce demand for clean drinking water, lessen the risk of floods and reduce the amount of contaminated rainwater draining into rivers.

“In most established communities we are still flushing our toilet with drinking water,” she says.

The University of Melbourne’s chemical engineering department is also doing work on diversifying the mix of water. The team there is looking at advanced water treatment, converting sewage into drinking water, which uses less energy and produces more water than desalination plants. The real cost is political and social. It is a hard sell with most populations.

However, Professor John Langford, from infrastructure engineering, suggests that cities with water supply issues should follow the example of Singapore, which already mixes some recycled water into its drinking supply.

“The key point is they have a long-term plan of community engagement, so if Malaysia did turn off the tap [the city state is reliant upon its neighbour for most of its drinking water] Singapore could quickly take over the supply,” he says. “My argument would be, which has had no success with the politicians, is to have a long-term program of community engagement here in Australia so we also have that option.”

There is nothing natural about a city running out of water, according to Professor Jon Barnett, an expert on vulnerability and adaption to climate change from the school of geography.

“There are plenty of solutions to solve these problems,” he says. “It’s not like we don’t know what to do or that there is a shortage of options. Urban water scarcity is a problem produced by social institutions. It is an issue of transition.”

But what if cities don’t adapt?

“You will get shadow markets,” he says. “Water barons move in to control the allocation of water as they would drugs or illegal tobacco and alcohol during periods of prohibition.”

Less clean drinking water means people will resort to using poorer quality, with all its attendant health risks. “There are still more than 2,200 children that die each day because they can’t access good-quality water,” he says.

But there is some good news. Scarcity of water is unlikely to provoke war. There have been more than 10 times as many treaties on shared waters and rivers than there are international rivers in the world, says Barnett. “Basically, the incentives to conflict are very low, the incentives to cooperate are very high.”

Despite this, action is needed. Increasingly volatile climates and booming populations will mean that more cities will have their own Day Zero.

“We’ve already seen it in Australia and there are huge issues in Brazil,” says Barnett. “These are problems that require a lot of organisation, a lot of leadership, a lot of willingness to change. And if that isn’t there, then all the inhibitors to change will prevail. And you end up with Cape Town.”