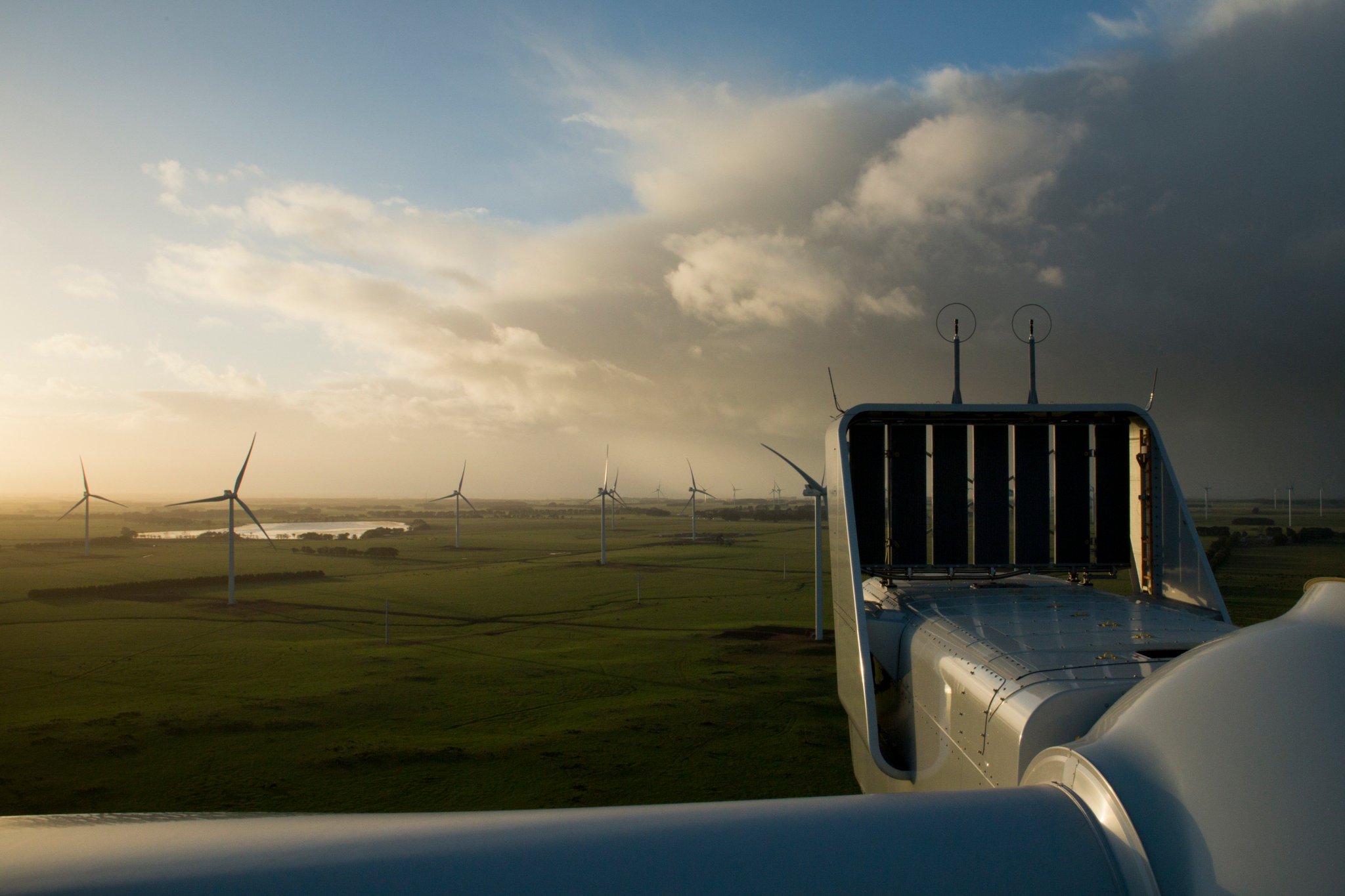 In a press release today the renewable energy companies Vestas and Energias de Portugal Renováveis (EDPR) describe a hybrid demonstration setup based on wind and solar photovoltaics to be installed at an EDPR wind farm in Cádiz, Spain.

An array of 372 kW of solar photovoltaics will be coupled to an existing Vestas V112-3.0 MW turbine. The PV power is fed to the turbine as direct current, which is then converted and transformed by a modified power conversion system inside the turbine before the power is exported to the grid. This setup is expected to increase the overall capacity factor and annual energy production. (Side note: As an example, according to ens.dk, the average capacity factor of wind turbines in Denmark has gone from 10% in 1980 to 31% in 2017, due to larger turbines and many turbines being installed at sea).

From the press release:

For the project, Vestas has upgraded the technical specifications of the turbine’s controllers, converters and design as well as installed new hardware. By connecting wind and solar through the turbine’s power electronics and utilising its full-scale converter, the number of converters is reduced, contributing to lower equipment costs and thus cost of energy.

“This project demonstrates the mutual benefits of collaboration between Vestas and EDPR and how wind and solar through their complementarity bring cost of energy further down and can deliver stable energy production. The learnings will accelerate the execution on our strategy of integrating and combining renewable power as the market looks to absorb more renewable energy in the future.”

This is a very smart move in order to get more knowledge on how to improve on the problem of intermittency in renewables. It will be interesting to see whether this approach of mixing wind and solar at the facility itself will further reduce the need for battery storage. The lesser the intermittency the lesser storage capacity is needed to even out the last bumps to secure a stable supply of electricity to the consumer. CleanTechnica covered one such partnership between Vestas and Northvolt last year.

It is an absolute competitive advantage for utility companies to increase the overall capacity factor on pure renewables. In this case, it’s a clever way of using existing technology to bring down costs further.