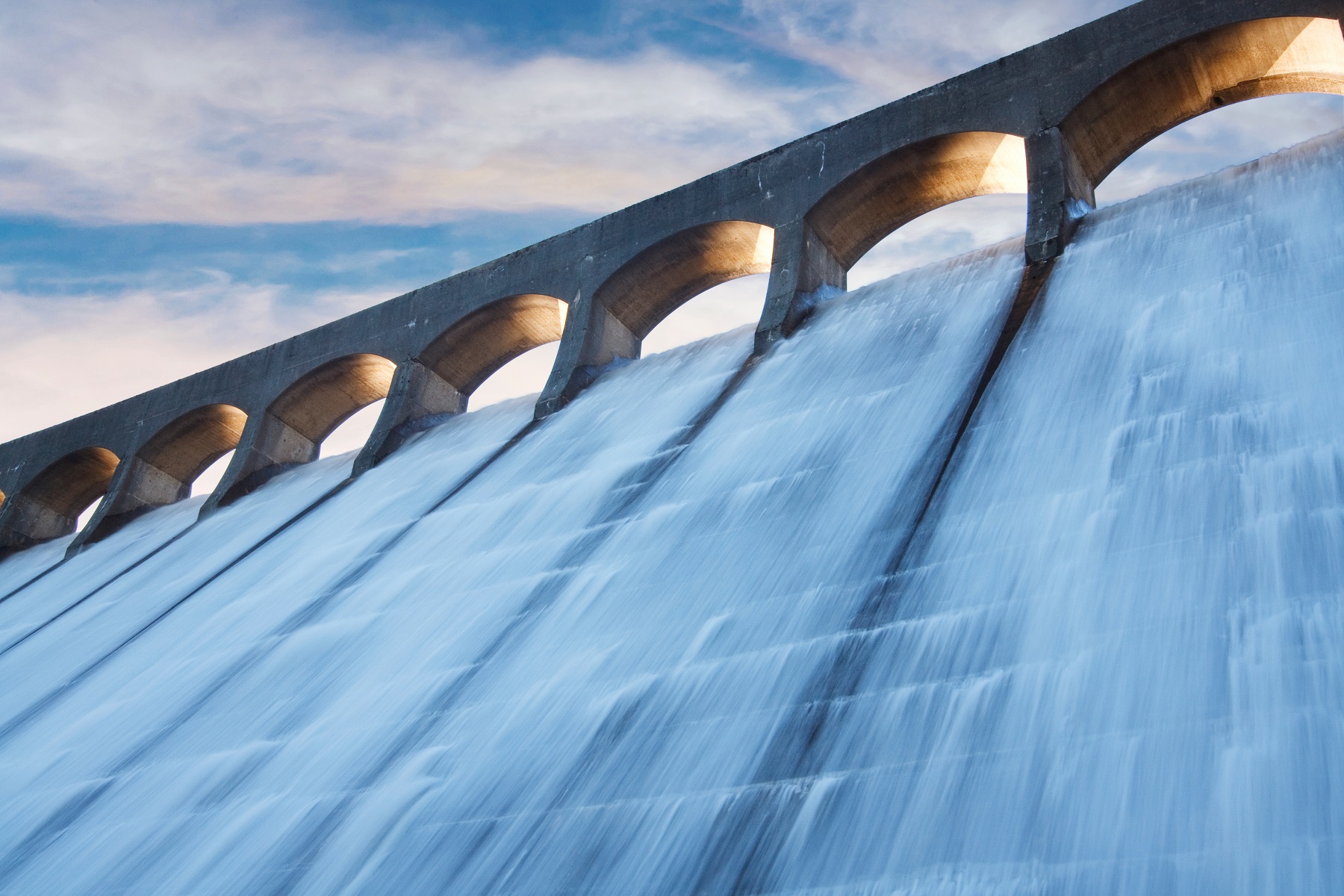 File this one under “I” for I’m not dead yet. The iconic US company GE has been weathering stormy seas of late, but its Power Conversion business is still alive and contributing to the renewable energy revolution. In the latest development, GE has just won a high profile contract to supply its high tech variable speed equipment for the massive new $1.87 billion Fengning hydropower and energy storage project in China’s Hebei Province, billed as the biggest facility of its kind in the world.

The roots of pumped hydro energy storage go back to the 19th century, but the technology really blossomed in recent years with the advent of renewable energy.

The basic idea is to use excess renewable energy to pump water uphill to a reservoir, which serves as a “natural battery,” sometimes called a water battery. When called for, the water is released to a hydropower plant downhill, which means that gravity does all the heavy lifting.

That’s just the basics. Getting the system to work with maximum efficiency is the tricky part.

Earlier this week, GE shared news that describes how the company’s variable speed technology will amp up the Fengning hydropower plant.

The Fengning plant has a capacity of 3.6 gigawatts. The pumped storage will add another 1.8 GW of capacity. Here’s the rundown on the role that variable speed drive will play:

Variable speed drive technology provides a full range of speed that is the best performing and most economical to pump water to the upper reservoir—when in the saving mode—or to release water to a lower reservoir to generate power.

Aside from greater efficiency, China is also counting on variable speed equipment and the Fengning plant to help ensure grid reliability during the Winter Olympics in 2022, when electricity consumption is expected to soar.

Our friends over at Hydro World have the rundown on the Fengning project:

What Is This Variable Speed Of Which You Speak?

Variable speed (aka adjustable speed) pumped hydro has not crossed the CleanTechnica radar since 2016, so let’s turn to the Energy Storage Association for a refresher course:

Okay, so far so good. The decoupling adds a level of complexity to the technology, but the additional expense is worth it. As described by ESA, “traditional” pumped hydro equipment has done a good job over the past 60 years or so. However, there are limitations:

While design enhancements over the years have improved unit efficiency and poweroutput, frequency regulation while in the pump mode is not possible with single-speed equipment. In the turbine mode, the unit cannot operate at peak efficiency during part load.

That’s where the variable speed advantage comes in:

Variable-speed machines enable the power consumed in the pumping mode to be varied over a range of outputs. Modifying the speed also allows the turbine to operate at peak efficiency over a larger portion of its operating band. Because variable-speed technology is well suited to integration of variable renewable generation, many of the proposed new pumped storage projects are considering variable-speed machines.

Variable Speed: What Are You Waiting For!?

Although the organization cautions that “market conditions must exist to make the technology economically feasible,” ESA comes down in favor of variable speed.

The Fengning project indicates that market conditions are not the only factors at play. Other national objectives — such as making super-sure that the lights stay on during the 2022 Winter Olympics — can motivate the investment in variable speed technology.

Fengning is the first variable speed pumped hydro project in China, so look for more if everything works out as planned.

Got all that? According to GE, variable speed drive can provide pumped storage facilities with up to 10% more power production while in turbine mode. In pump mode, the energy savings works out to a reduction of up to 15% in electricity consumption.

As for what role pumped hydro energy storage will play in the sparkling green future, that’s a good question.

On the plus side, pumped hydro is a highly scalable enabler of wind and solar development.

The downside is that suitable sites for new pumped hydro reservoirs are relatively limited, unless the environmental tradeoffs involved in building massive new reservoirs are discounted.

In an interesting development here in the US, an existing pumped hydro facility could help spur investment in new offshore wind farms in New England.

The US Department of Energy is also looking to improve the economic viability of small scale hydropower plants by deploying variable speed generators.

Based on the results of a demonstration project, last year the DOE proposed outfitting two new hydropower plants on the Kentucky River with variable speed equipment.

CleanTechnica is reaching out to DOE for news about the current state of the Kentucky project, so stay tuned for more on that.