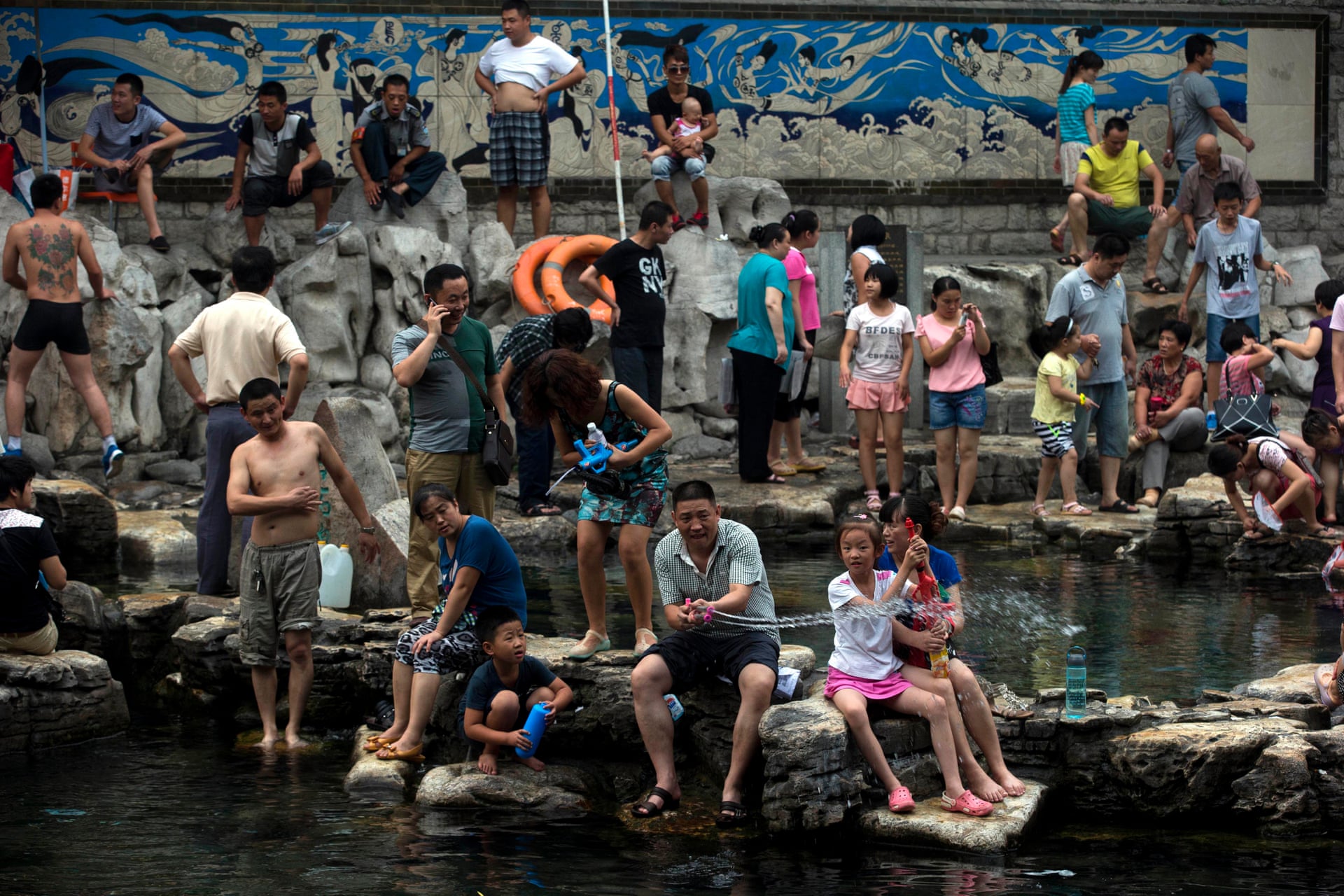 Unsurvivable heatwaves could strike heart of China by end of century

The deadliest place on the planet for extreme future heatwaves will be the north China plain, one of the most densely populated regions in the world and the most important food-producing area in the huge nation.

New scientific research shows that humid heatwaves that kill even healthy people within hours will strike the area repeatedly towards the end of the century thanks to climate change, unless there are heavy cuts in carbon emissions.

“This spot is going to be the hottest spot for deadly heatwaves in the future,” said Prof Elfatih Eltahir, at the Massachusetts Institute of Technology, US, who led the new study. The projections for China’s northern plain are particularly worrying because many of the region’s 400 million people are farmers and have little alternative to working outside.

The new analysis assesses the impact of climate change on the deadly combination of heat and humidity, which is measured as the “wet bulb” temperature (WBT). Once the WBT reaches 35C, the air is so hot and humid that the human body cannot cool itself by sweating and even fit people sitting in the shade die within six hours.

A WBT above 31C is classed by the US National Weather Service as “extreme danger”, with its warning stating: “If you don’t take precautions immediately, you may become seriously ill or even die.”

The research, published in the journal Nature Communications, found fatal WBTs of 35C would strike the north China plain repeatedly between 2070 and 2100, unless carbon emissions are cut. Shanghai, for example, would exceed the fatal threshold about five times and the “extreme danger” WBTs would occur hundreds of times. Even if significant carbon cuts are made, the “extreme danger” WBT would be exceeded many times.

Previous research by Eltahir and colleagues showed that the Gulf in the Middle East, the heartland of the global oil industry, will also suffer heatwaves beyond the limit of human survival if climate change is unchecked, particularly Abu Dhabi, Dubai, Doha and coastal cities in Iran. The fatal 35C WBT was almost reached in Bandar Mahshahr in Iran in July 2015, where 46C heat combined with 50% humidity.

The scientists also analysed south Asia in 2017 and found it too is at risk of killer 35C WBT heatwaves in places. Even outside the extreme hotspots, three-quarters of the 1.7bn population – particularly those farming in the Ganges and Indus valleys – would be exposed to “extreme danger” levels of humid heat towards the end of the century.

But China’s northern plain is set to be the worst place, said Eltahir: “The response [to climate change] is significantly larger than in the other two regions.” Signs of that future have already begun, with the study finding a substantial increase in extreme heatwaves on the plain in the past 50 years. In 2013, a severe heatwave in the region persisted for 50 days during which Shanghai broke a 141-year temperature record.

Prof Chris Huntingford, at the UK Centre for Ecology and Hydrology and not involved in the study, said: “The research finds that if greenhouse emissions continue at current levels, there will be many more days when unsafe thresholds are crossed. This will make work outdoors almost impossible across much of the agricultural regions of China.”

“Work like this is especially useful, as it allows governments to plan better future agricultural practices, including what is needed to support farmers to operate safely and thus ensure food security,” he said.

The most extreme temperatures in all the analyses were found in the Gulf, but those occurred over the sea. In the case of the north China plain, Eltahir said: “This is where people live.”

Climate change is the key driver, but the massive irrigation used on crops on the north China plain was found to be significant too, adding about 0.5C to the high WBTs. This is because the evaporation of irrigation water leads to higher humidity and because water vapour is itself a powerful greenhouse gas.

The scientists did the analysis by running detailed computer climate models for the past 30 years on the north China plain. Those models that closely replicated the actual measurements were then used to project the climate of the region from 2070-2100 for different levels of carbon emissions.

Even with cuts in greenhouse gases, Eltahir said public health measures would be needed in China, such as air-conditioned shelters and education of the population about the dangers of extreme heat.