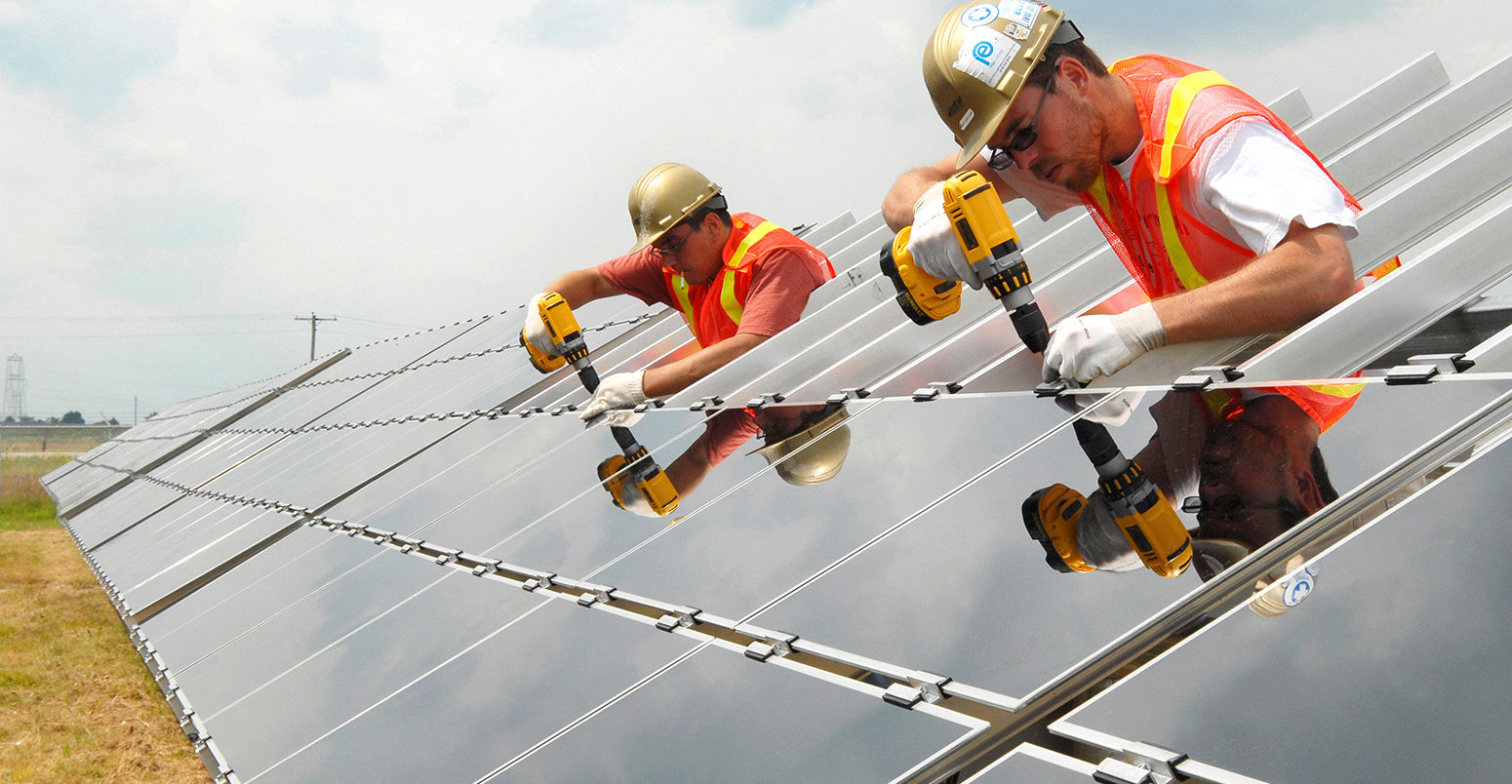 The world is far from being on track to meet its climate targets unless emission-reduction commitments are dramatically expanded, according to the latest UN Environment Programme (UNEP) emissions gap report.

The report suggests that existing nationally determined contributions (NDCs) under the Paris Agreement are not sufficient. It adds that emission reductions from climate pledges need “to be roughly tripled” to limit warming to well below 2C above pre-industrial levels in 2100. Holding warming below 1.5C would require existing commitments to be “increased around fivefold”.

UNEP suggests that it is still possible to “bridge the emissions gap” to keep global warming well below 2C, but the opportunity to limit warming to 1.5C “is quickly dwindling”. UNEP states that if countries do not make additional commitments before 2030 warming above 1.5C “can no longer be avoided” and even the 2C target would be very difficult to achieve.

The latest edition of UNEP’s annual “emissions gap report” provides a significant update to its 1.5C scenario, in light of the recent Intergovernmental Panel on Climate Change (IPCC) special report on the topic. It now suggests that much steeper emission reductions would be needed before 2030 to put the world on a path to keeping warming below 1.5C.

UNEP warns that “now more than ever, unprecedented and urgent action is required by all nations”. It highlights that global emissions continued to increase in 2017 – and will likely increase in 2018.

Additionally, UNEP assesses the role that subnational actors, such as cities, regions and companies, can play in helping fill the emissions gap, stressing the important role for governments in supporting the innovation in and deployment of low-carbon technologies.

UNEP has released an annual emission gap report for the past nine years, examining the difference between the actions that countries have committed to take and what would be needed to meet agreed-upon climate goals. (Carbon Brief’s archives also include detailed coverage of the UNEP reports in 2014, 2015, 2016 and 2017.)

The latest report provides a number of important updates since last year. These include taking into account the Talanoa Dialogue on raising ambition under the Paris Agreement, expanded commitments by subnational actors, such as cities and companies, and new emission scenarios for limiting warming to 1.5C that emerged from the recent IPCC special report.

The figure below, adapted from the report, shows emission trajectories associated with a “business as usual” baseline in red and current policies already implemented by governments in yellow. Additional commitments in NDCs that are not yet implemented are shown in blue – light blue for unconditional commitments and dark blue for those conditional on aid or action by other countries. Emission trajectories consistent with staying well below 2C and avoiding 1.5C are shown in purple and grey, respectively.

Even if current NDCs are met, the report says that the world would experience about 3C global warming by 2100. UNEP warns that sticking with current commitments through to 2030 would potentially put a 2C target out of reach without a massive amount of negative emissions later in the century.

Furthermore, the report suggests that, with their current policies, most countries are not on track to even meet their limited NDCs by 2030. Successfully implementing NDCs would reduce 2030 emissions by 6GtCO2e compared to current policies, which is less than a third of the ~20GtCO2e reductions needed to be consistent with a below-2C trajectory and less than a fifth of the ~36GtCO2e reductions to be on a path to limit warming below 1.5C.

One big change from last year’s gap report is a reassessment of the 1.5C emissions trajectory, in light of the recent IPCC special report on 1.5C. Previously, the 2030 gap between NDCs and 1.5C was around 18GtCO2e; in the latest report it is up to around 30GtCO2e. This is largely due to studies over the past year making “more cautious assumptions” about the scale of negative emissions possible later in the century.

It also reflects a wider available literature on 1.5C scenarios. When the 2017 emissions gap report was published only 16 1.5C scenarios were available; now the number of scenarios is around 85, providing a more diverse range of scenarios that often have a lower negative emissions potential than earlier studies.

The 2C gap has also increased slightly in the 2018 report, from around 12GtCO2e to around 14GtCO2e, reflecting additional scenarios available in the past year.

In last year’s report there was some cautious optimism about the trajectory of global CO2 emissions, as they had flattened out over the prior three years.

However, global emissions rose in 2017, driven by higher economic growth and slower declines in energy intensity compared to prior years. The International Energy Agency (IEA) has warned that emissions are likely to further rise in 2018, dispelling hopes that global emissions might have peaked.

The figure below, taken from the UNEP report, shows global greenhouse gas emissions by type – left plot – and country – right plot – for the period from 1970 through 2017.

While the global picture is pointing in the wrong direction, the report does note that 49 countries – collectively responsible for 36% of global emissions – have already seen their emissions peak and begin to decline.

By 2030, some 57 countries are expected to see emission peaks, given current commitments. This analysis is based on a 2017 report by the World Resources Institutecovered at the time in an in-depth Carbon Brief article.

Over the past year, thousands of cities, regions and companies around the world have stepped up to try and fill the gap left by slow mitigation action at the nation level, with a large set of commitments announced at the Global Climate Action Summit held in San Francisco in September.

These efforts take on particular significance when some of the world’s largest emitters, such as the US, Australia and Brazil, are stalling on climate action or actively moving away from prior commitments.

Subnational contributions are highlighted more prominently in the new UNEP report, which also reviews the literature to attempt to quantify how big an impact these actors could collectively make.

The report suggests that the emission-reduction potential from subnational action “could ultimately be significant”, but that “the current impacts are extremely limited and poorly documented”.

The report notes that more than 7,000 cities and 245 regions have committed to mitigation actions, along with more than 6,000 companies. Many cities and regions are developing international initiatives to cooperate with others around the world, setting collective mitigation goals and sharing approaches and best-practices.

While these numbers are large, there is still a huge potential for expansion, UNEP says. Less than 20% of the world’s population is represented by these cities and regions. It adds there are more than half a million public companies worldwide that could take action.

The figure below, taken from the report, provides a review of various published assessments of the collective impact of subnational actors on filling the emissions gap. The “individual commitments” panel reflects studies that add up pledged 2030 commitments from single cities, regions and companies. These studies suggest the commitments might yield modest reductions of around 0.5GtCO2e in 2030, in addition to national-level pledges.

The other two panels include estimates of the effect of scaled-up subnational action based on goals that go beyond the specific actions already committed to. If these broader goals were met, subnational actors could play a much larger role and could bridge a substantial portion of the gap between NDCs and a well-below 2C scenario, the report suggests.

The new report begins on a note of optimism, with Joyce Msuya, the acting executive director of UNEP, stating that: “The world is at last beginning to tackle its fossil fuel addiction. Coal is no longer competitive, and wind farms and solar installations are gathering pace – in Australia, northern Europe, China, India and elsewhere.”

While the world is still far from being on-track to meet its goals of limiting warming to 2C – and even further away from 1.5C – there are still some positives in the UNEP report.

Current policies implemented by governments have already moved things away from a “business-as-usual” baseline world, the UNEP report shows. Unless countries renege on existing commitments, the report shows that a world with 4C+ warming is a much less likely outcome today than it was a decade ago.

However, current commitments would still likely result in around 3C warming, something that the report characterises as “catastrophic” and “fatal for many small island states and coastal areas”.

The report highlights that technological innovation is a critical element to enable cost-effective mitigation. This is driven by a combination of government policy, scientific advances and private-sector investment. In many areas the pace of cleantech innovation and deployment has advanced at a much faster pace than anticipated a decade ago.

For example, solar photovoltaic (PV) costs have plummeted and deployment has consistently expanded faster than expected by the IEA, as shown in the figure below, taken from the UNEP report.

The report suggests that accelerating technological innovation is a “key component” to bridge the remaining emissions gap, but that it will not happen by itself.

UNEP identifies a number of ways that policymakers can design policies to accelerate innovation in clean technology. These include public support to take on the high early-stage risks that private organisations shy away from and policies that aim to set a direction for the whole economy rather than for each sector separately.