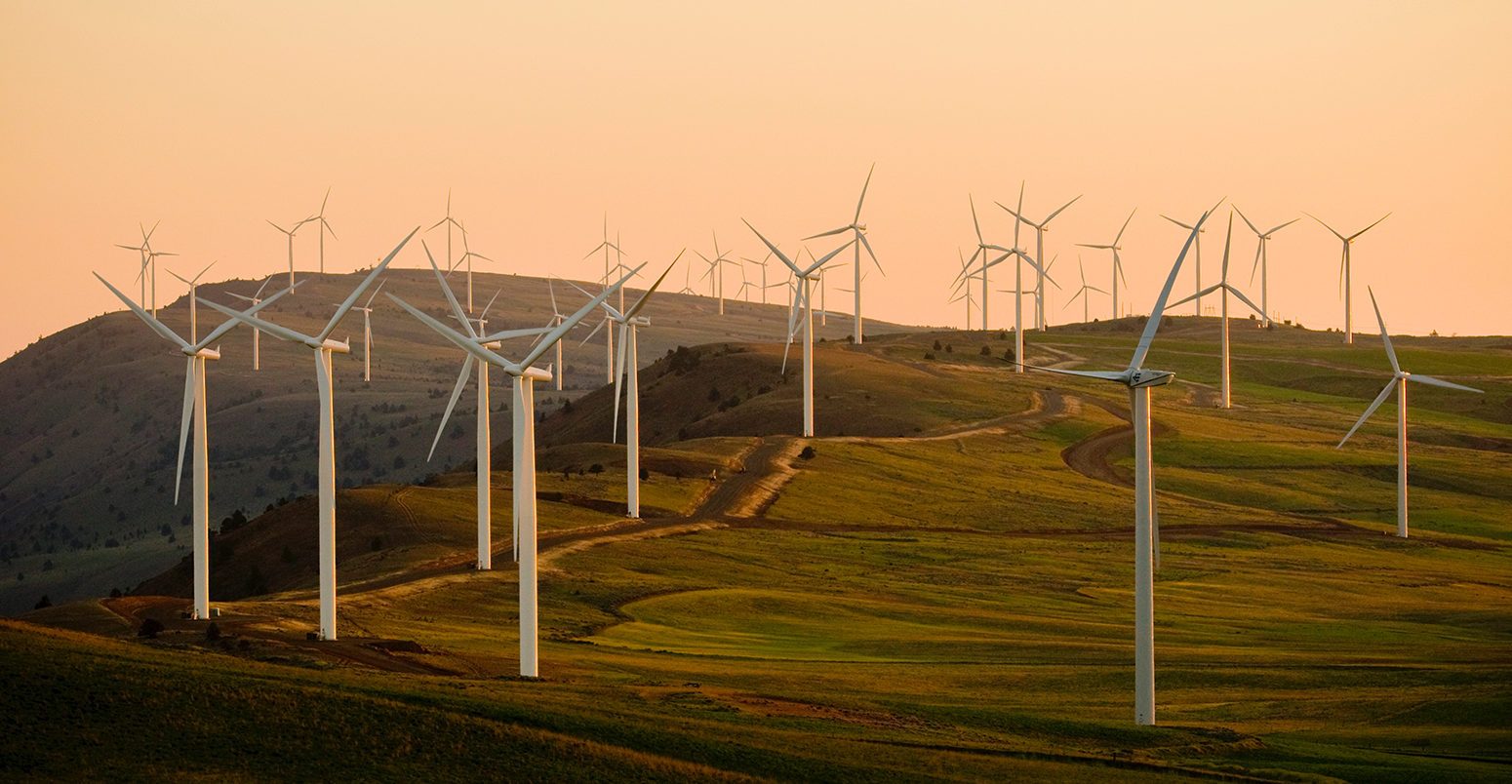 Climate change could reduce the amount of wind available for power production in both the UK and the US, new research suggests.

The arrival of weaker winds in the northern hemisphere as a result of global warming could cause average windfarm output to fall by around 10% in the UK and 14% in the US by 2100, the lead author tells Carbon Brief.

Meanwhile, climate change could strengthen winds in parts of the southern hemisphere by the end of the century, the research finds, including in Australia, Brazil and South Africa.

However, the study’s conclusions rely on models that have relatively low spatial resolution, other scientists tell Carbon Brief, which could affect the accuracy of the results.

Investment in wind power is part of many countries’ strategies for meeting the goals of the Paris Agreement, which strives to limit warming to well below 2C.

But some parts of the world have more favourable conditions for wind power production than others. This is due in part to prevailing weather patterns, such as the jet stream, as well as recurring atmospheric processes, including El Niño and La Niña.

The map below shows the average total wind resource in different parts of the world between 1980 and 2005, with high wind power potential shown in yellow and low potential shown in blue. Boxes highlight areas that were chosen for analysis in the new study.

But climate change is likely to alter this global picture, says Prof Kristopher Karnauskas, a researcher from the University of Colorado Boulder and lead author of the new study published in Nature Geoscience. He tells Carbon Brief:

“What we found was that global warming will reduce the wind energy resource across much of the Northern Hemisphere, especially in the central US, the UK, all the way around the Mediterranean, Kazakhstan and western Russia, and large portions of Eurasia, as well as Japan.”

“Global climate models do not calculate wind power, per se, like they do for other general variables like temperature, humidity and simply wind itself. Wind power is not quite the same as just wind speed, so we took the variables that are calculated directly by the global climate models and used an industry wind turbine power curve as something of a translation device.

A power curve is simply a graph that tells you how much wind power will be generated for a given wind speed and it’s not one-to-one. Below 9 km/h, no power is generated. Between 9-43 km/h, there is an exponential ramp-up in power, and then it levels off at wind speeds between 43-92 km/h. Beyond 92 km/h, the wind turbine actually shuts down for safety and mechanical reasons.”

The results show that climate change is likely to dampen winds in countries across the northern hemisphere in the coming decades. In central US, wind potential is expected to fall by 8% by 2050 and 14% by 2100. In the UK, the potential could drop by 2-3% by 2050 and 10% by 2100. Karnauskas says:

“That result is not sensitive to emissions scenarios, whether we continue to emit CO2 along a business-as-usual trajectory [RCP8.5] or begin to curb emissions [RCP4.5]. Those changes will be noticeable before mid-century and become stronger by the end of the century.”

But in the southern hemisphere, many regions could be hit by more wind as the climate warms. In Brazil, wind power potential could increase by 42% by 2100 and in Australia, potential could rise by 41%. However, this rise in wind potential is only projected for a high emissions scenario (RCP8.5).

The results are shown in the charts below, where the simulated change in wind power potential from present day until the end of century under RCP8.5 is broken down by region.

On each graph, one line represents the result of one climate model and the number in the top left shows the current wind power potential. Lines reaching below zero show an overall decrease in potential, while lines above indicate an increase. The overall decline in wind power potential in the northern hemisphere can be explained by understanding how climate change is expected to affect “polar amplification”. Polar amplification is the phenomenon that any change on the impact of sunlight on the Earth, for example through the release of greenhouse gases, tends to have a larger effect on the poles than the equator. Karnauskas explains:

“Wind usually derives its energy from instability in the atmosphere, and a major source of that instability in the northern hemisphere is the equator-to-pole temperature difference. We all know the tropics are warmer than the Arctic.

But because the Arctic is warming so much faster than the rest of the world, including the tropics, that temperature gradient is lessening. Hence, the energy source for those winds decreases with global warming.”

In contrast, winds across the southern hemisphere are likely to strengthen as the climate warms. This is because, in this region, wind power depends on the temperature difference between the land and the sea, and previous research has shown that warming occurs faster on land than above oceans. Karnauskas explains:

“In the southern hemisphere, the increase in wind power depends on the land-sea thermal gradient, and apparently the stronger emissions scenario (RCP8.5) is needed to make the difference in temperature and thus pressure between land and sea strong enough to amplify the winds.”

Though potentially significant, the findings of the study rely on models with relatively low spatial resolution, which could make it difficult to draw meaningful conclusions, say Prof Joaquim Pinto and Dr Christian Grams, researchers in meteorology from the Karlsruhe Institute of Technology (KIT), Germany, who were not involved in the study. They tell Carbon Brief:

“These projections for Europe are partially in agreement with studies based on datasets with much higher spatial and temporal resolution. These studies reveal rather smaller changes of wind energy potentials for Europe on the continental scale.”

The precision of the models used in the study could be a “significant issue”, adds Dr Dave MacLeod, a postdoctoral research assistant at the University of Oxford, who was also not involved with the research. He tells the Science Media Centre:

“The resolution of the models is only around 100-200km – this is not very accurate. Also they use monthly average data from the models, which ignores day-to-day variations.

In addition, there is other research which directly contradicts this new research. One recent study used higher resolution atmospheric models and found that several regions over the US experienced an increase in wind energy of around 2%. Personally, I have serious doubts we can rule out future increases or decreases in wind energy over the UK.”

Despite criticism, the findings could help policymakers decide where to build future wind farms, says Karnauskas:

“This information may also prove key in allocating resources and planning where and when to build new windfarms, service old ones, and fine-tuning the blend of renewables supporting the ever-growing regional energy consumption, since this shows how the baseline wind energy resource cannot be considered a constant.”

However, the results should not discourage investment in wind power, he adds:

“These reductions are not trivial, but wind power should still be considered an important part of the portfolio of renewable investments as part of the broader strategy to reduce carbon emissions.”