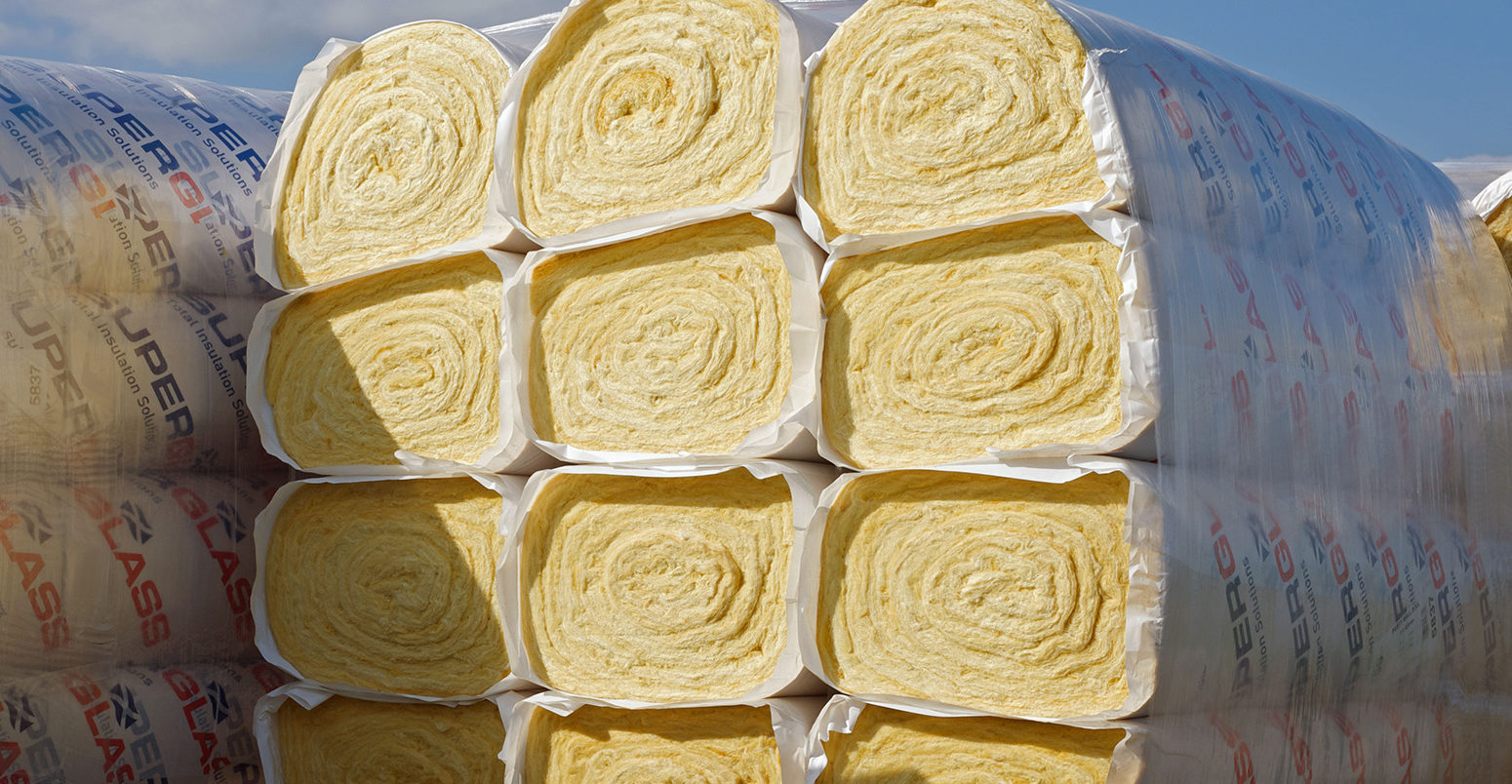 The UK’s housing emissions are “off track” to meet the country’s climate targets, the Committee on Climate Change (CCC) says in a new report.

These should have fallen to 13% below 1990 levels by 2017, the government’s official climate adviser says, yet the actual reduction was just 9%.

The country’s housing stock is also far from ready to deal with the effects of rising temperatures, says the CCC, including flooding, overheating and water scarcity.

The “shocking fact” is that most of the UK’s near-30m homes are “not in a condition to keep us comfortable and safe and productive in the changing climate”, Baroness Brown, chair of the CCC’s adaptation committee, tells Carbon Brief.

The UK’s homes are “not going to be fit for us to live in” and “are big part of causing the problem of climate change,” she says.

The government must pay for home energy efficiency retrofits, the CCC says. It should also ban new homes from connecting to the gas grid beyond 2025.

Homes account for around 15% of the UK’s greenhouse gas (GHG) emissions through their use of oil and gas for heating and hot water.

By 2030, these emissions need to be cut to 24% below their level in 1990, according to earlier CCC analysis, in order to help meet the UK’s legally binding climate goals. This means they should have fallen 13% by 2017, the CCC says, yet the actual cut was just 9%.

Moreover, household emissions rose by around 1% in 2017, when annual temperature fluctuations are taken into account.

The CCC has criticised the government for neglecting emissions cuts in transport and buildings, with overall progress flattered by rapid reductions in the power sector.

“Now that we are getting towards the end of what we can get out of the electricity system, these have to be absolutely critical,” Baroness Brown tells Carbon Brief.

But policies to reduce household emissions have been weakened or withdrawn, says the CCC. These include the Zero Carbon Homes regulation and the Code for Sustainable Homes, both scrapped in 2015. “This has led to many new homes being built only to minimum standards for water and energy efficiency,” says the CCC.

Occupants of new homes could be saving more than £200 per year on their energy bills if the properties had been built to the Zero Carbon Homes standard, according to the Energy and Climate Intelligence Unit (ECIU).

Yet just 1% of new homes completed in 2018 were built to the highest Energy Performance Certificate (EPC) Band A, says the CCC.

The EPC ratings of the current English and Scottish housing stock are shown in the chart below. Top-rated properties make up just 1.4% of the total.

Tackling housing emissions needs “urgent funding”, including from the Treasury, says the CCC. In particular, low-carbon heating (currently only funded up to 2021) and building control enforcement need to be funded “as a matter of urgency”, it adds.

Reducing emissions from homes is a difficult area to address, partly because of the complex landscape of home ownership and renting, says Baroness Brown.

The government aims to build 300,000 new homes in England a year and building then to a higher standard would be far cheaper than retrofitting later on. But performance standards are often not enforced, Brown says, meaning people are being “cheated” with homes not at the level claimed. She adds:

“They’re being told they’re getting really well insulated, sustainable homes and these homes are nothing like as good as they should be…To me, this is a scandal of the Volkswagen proportions, and greater really.”

The UK, therefore, need much greater levels of inspection and stricter enforcement of building standards, the CCC says, with higher penalties for non-compliance.

The recent review of building standards and safety by Dame Judith Hackitt, which was in response to the Grenfell Tower fire in 2017, also identified “worrying deficiencies in the current system of building regulations”, says the CCC. But this also means there is currently an opportunity where building regulations could be changed, says Baroness Brown.

Design standards for new homes themselves also need to be improved, says the CCC. New homes should use low-carbon heating, have “ultra-high” levels of energy efficiency and be timber-framed where possible, it says.

The chart below shows how far energy consumption could be reduced if new homes were built to tighter standards and used electric heat pumps instead of gas boilers, compared to the average existing home.

Local authorities need to be given more resources to take action on housing, adds the CCC. Climate change has been “de-prioritised” in the land-use planning system and clarity is needed on how far authorities are allowed to set tighter new build standards, it says.

In March 2018, the Green Finance Taskforce published recommendations on accelerating green finance, including on green mortgages and loans. Implementing this advice would support both uptake and financing of low-carbon measures in homes, the CCC says. New support to train people in housing design, construction and the installation of new technologies is also needed, it adds.

“It does require public investment to make this work – and substantial public investment. Of course, we need a stable footing for low-carbon public support post-2021, which I hope we’ll have some clarity about where we’re going with that from the Treasury.

“But we need much more than that and the best place to look for that is the recommendations of the Green Finance Taskforce. So they talk about a mixture of public funds, plus steps that ensure that there’s private finance available for some of these big measures. That really is something that the Treasury must own.”

Ensuring no new houses are connected to the gas grid by 2025 at the latest would also drive a “real uptake” in low-carbon heat, says Baroness Brown. “We see that as being the way to really start driving up the skills and driving down the cost,” she adds.

Homes that are already connected to the gas grid could use hydrogen gas to cut emissions, as set out in an earlier CCC report.

Energy efficiency upgrades of existing homes have also stalled, says the CCC, including uptake of “highly cost-effective measures”, such as loft insulation.

Loft and wall insulation in 2017 was just 5% of the peak market delivery in 2012, says the CCC, as the chart below shows.

The story is similar for the rollout of low-carbon heat, such as heat pumps and heat networks, the CCC adds.

The government aims for every home to have some form of low-carbon heat by 2050, which could also include hydrogen gas. Currently, just 1.7% of homes do, when not including closed stoves or wood used on open fires. (The CCC says these are “in general not consistent with the long-term best use of limited bioenergy resources except in niche uses”.)

Energy efficiency retrofits should be supported by both the Treasury and devolved governments as a “national infrastructure priority”, says the CCC.

Householders can also make a big difference with small changes, adds the CCC, such as ensuring boilers are not set too high, installing shading (such as using thick curtains or planting trees outside) and increasing insulation.

A government spokesperson says it will “carefully consider” the CCC’s recommendations.

Moving to a cleaner economy is “at the heart” of the UK’s Industrial Strategy, they add, with a commitment to halve energy use in new buildings by 2030, a shift to clean heating, and halving the cost of renovating existing buildings. The government has committed to spend £6bn on improving the energy efficiency of lower income and vulnerable households over the next decade, they add.

The government also has an “aspiration” for “as many homes as possible” to be upgraded to EPC Band C by 2035. It is set to publish an action plan for home energy efficiency this year.

Later today, the Business, Energy and Industrial Strategy (BEIS) parliamentary committee will start a new inquiry on the government’s approach to energy efficiency.

There is also a lack of support for measures to increase housing flood resilience, water efficiency, ventilation and shading, says the CCC. It adds:

“Often, these measures are not considered or installed by home owners or housing developers, because of a lack of appropriate regulation, guidance and communication with householders.”

Around 20% of homes currently overheat even in cool summers, says the CCC, and current requirements to minimise this risk fall short. There are also no targets for the uptake of property-level flood resilience, it adds.

In addition, the average daily water consumption of around 140 litres per person across the UK needs to fall to well below 100 litres by 2050 to address the risks of future lower water availability, the CCC says. This would also cut carbon emissions and reduce water and energy bills, it says.