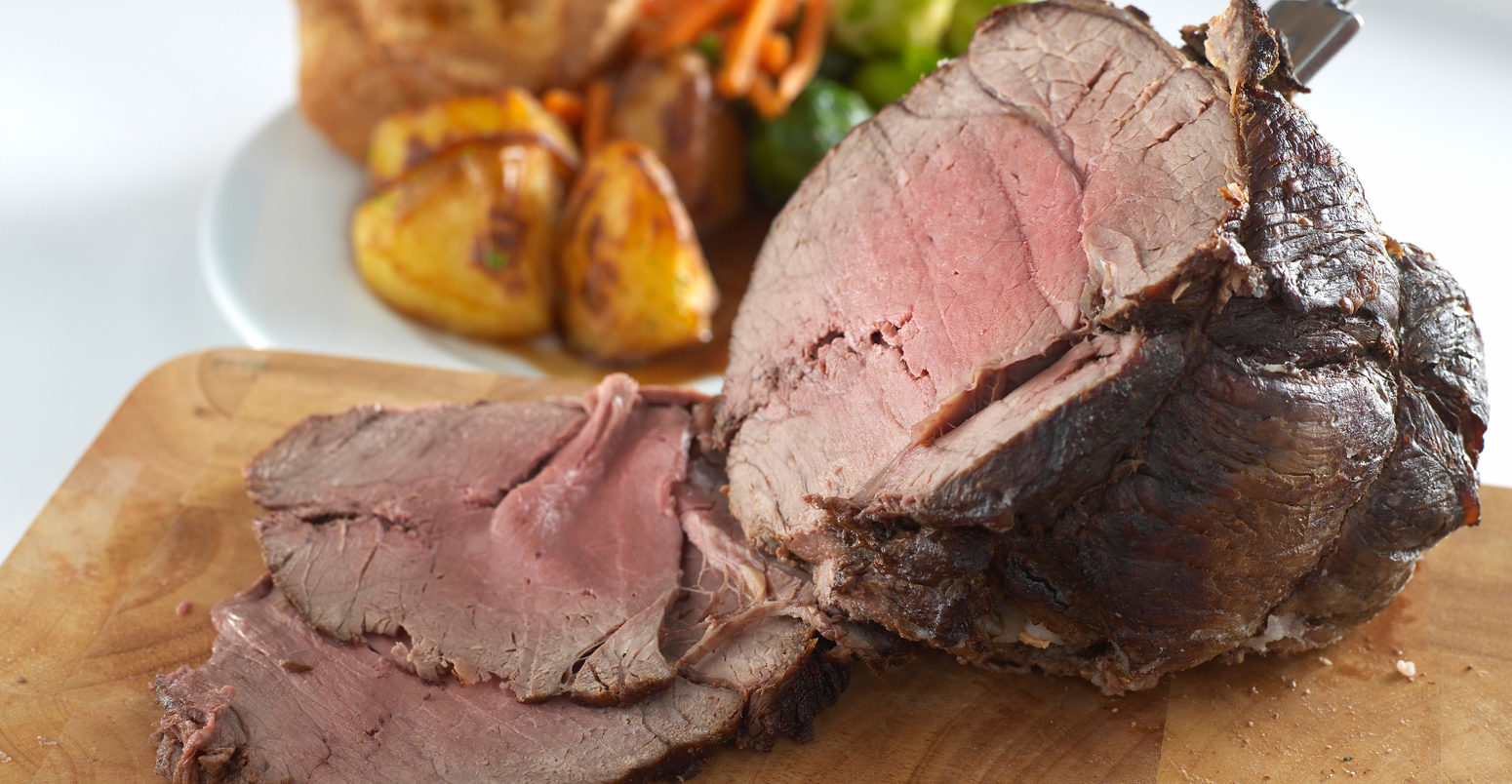 The UK could shed close to a fifth of its greenhouse gas emissions from food production if every Briton stuck to a healthy diet based on government guidelines, a new study concludes.

The authors find that, in the UK, a switch from the “average diet”, which is rich in meat and dairy, to a nationally recommended diet, which includes more fruit, vegetables and nuts, could cause food-related emissions to fall by up to 17%.

And if other wealthy countries, including the US, Canada and Australia, swapped their current eating habits for a state-endorsed diet, their emissions could decline by between 13 and 25%.

The new research “provides a valuable indication that we and the planet could be healthier together,” a scientist tells Carbon Brief.

Food production contributes to climate change in a number of ways. Farm machinery and transport cause CO2 to be released, crop fertilisers emit nitrous oxide and methaneis released by livestock and rice paddy fields. Agriculture also contributes to warming indirectly through deforestation.

In total, the production of food accounts for around 20% of the UK’s total greenhouse gas emissions, according to a 2014 study. Across the world, agriculture accounts for close to 30% of all emissions.

Researchers have suggested a number of ways in which countries can lower their emissions from agriculture. These include eating less meat and dairy, choosing more environmentally friendly crops and cow fodder, and reducing food waste.

However, new research, published in the Proceedings of the National Academy of Sciences, explores an alternative option. The study investigates how a switch from our current eating habits to a healthy diet based on government recommendations could help to lower our emissions.

Public Health England’s Eatwell Guide suggests that the average person should “eat less often and in smaller amounts”, with the goal of sticking to 2,000 calories a day for women and 2,500 calories a day for men. The guide also suggests we should eat less red and processed meat and consider choosing low–fat alternatives to dairy.

These guidelines are aimed at helping us eat healthily rather than lowering our environmental footprints, says the study’s lead author Professor Paul Behrens, a researcher in energy and environmental change at Leiden University in the Netherlands. He tells Carbon Brief:

“Although dietary choices drive both health and environmental outcomes, these diets make almost no reference to environmental impacts. We find that following a nationally recommended diet in high-income nations results in a reduction in greenhouse gases.”

Stepping onto the scales

For the study, the researchers first gathered information on the average diet of 37 countries from the Food and Agricultural Organisation of the United Nations (FAO). They then collected healthy eating guidelines from the national organisations tasked with providing dietary advice in each country.

To calculate the environmental impact of both the average and state-recommended diets, they collected data on emissions, “eutrophication” and land use from a “supply and use” database called EXIOBASE. Eutrophication is the buildup of nutrients in lakes and rivers as a result of fertiliser run-off.

The total greenhouse gas emissions (top), eutrophication levels (middle) and land occupied (bottom) as a result of different types of food production of each country studied is shown on the graph below.

The analysis shows how the emissions derived from average diets increase with income, with animal products accounting for an average 70% of emissions in high-income countries, such as the UK and the US.

Brazil and Australia are notable exceptions to this finding. This is likely due to both the amount of meat in the diet and a national taste for grass-fed beef in both countries, which has significantly higher methane emissions than grain-fed beef, Behrens explains.

To work out the environmental impact of switching to a healthy diet, the researchers subtracted state-recommended diet data from the average diet data for each country.

The results are shown on the chart below, which shows the net change (black dot) in emissions (top), eutrophication levels (middle) and land use (bottom) when this subtraction is applied. Bars above the dotted line indicate a rise in emissions while bars below the line show a drop in emissions. The chart illustrates how, in most countries, a switch to a state-recommended diet could cause a large reduction in emissions from meat (red) and dairy (green), and a smaller increase in emissions from fruit, vegetables and nuts (orange).

Emissions from a UK government-recommended diet are estimated to be 29% lower than emissions from the UK average diet. However, when the impact of food waste is considered in the analysis, this figure falls to 17%, Behrens explains:

“Food waste is over a third once you take into account production, processing and domestic food wastes. If you include all the emissions from food production, then the difference in the diets becomes smaller because you are still wasting a lot of food.”

In other high-income countries, including the US, Canada and Japan, a switch to a nationally-recommended diet could cause emissions to fall by between 13% and 25%, the analysis finds.

And in high-middle income countries, including China, Brazil and Mexico, a swap to a state-recommended diet could cause a drop in emissions of between 9% and 21%.

However, in India and Indonesia, a switch to a nationally endorsed eating plan could cause a small rise in overall emissions from food production. This is because, in both of these countries, authorities recommend including more meat in the diet. These recommendations have likely been made in response to relatively high levels of malnutrition in some communities in these countries, Behrens says.

Despite the findings, it is clear that the average Briton is still far from sticking to the government’s recommended diet. In 2015, only 26% of adults ate the recommended five portions of fruit and vegetables a day, according to government statistics (pdf).

However, “we are starting to see change happening in the right places,” says Behrens, pointing to a rise in popularity of vegetarian and vegan diets. Around 2% of the UK’s population consider themselves to be vegetarian, according to a government survey. Behrens says:

“Major obstacles will be related to similar issues with any social and cultural change, and that is the inertia of existing habits. Some social issues can change very very quickly once the right conditions are in place. These sorts of diets are increasing steadily in the population, but usually these social changes reach a tipping point, when change happens relatively quickly, for example, the legalisation of gay marriage surprised many with its speed.”

The research shows that “simply eating what governments say we should for our health would reduce the food system’s impact on climate change,” says Tim Benton, a professor in population ecology at food security at the University of Leeds, who was not involved in the study. He tells Carbon Brief:

“Of course, much about the food system would have to change were the world to adopt sustainable, healthy, eating patterns: the crops grown, the way they are grown, and the subsidies and economics, as well as the retail environment. Nonetheless, this paper provides a valuable indication that we, and the planet, could be healthier together.”