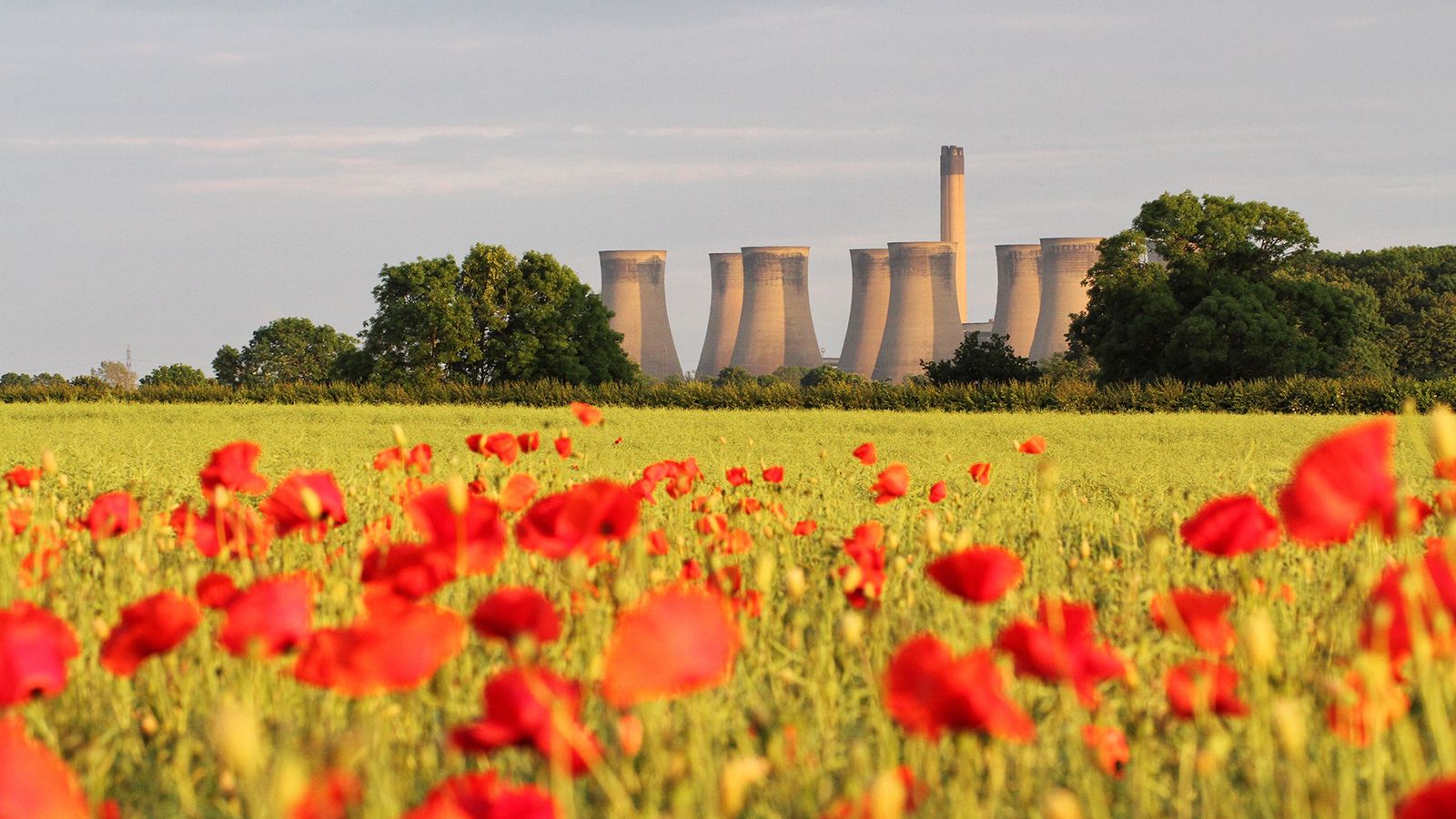 This story was originally published by the HuffPost and is reproduced here as part of the Climate Desk collaboration.

The United States’ aging fleet of nuclear reactors ― responsible for one-fifth of the country’s electricity and most of its low-carbon power ― has never been more necessary as policymakers scramble to shrink planet-warming emissions. Yet the plants are struggling to stay afloat, with six stations shut down in the last five years and an additional 16 reactors scheduled to close over the next decade. So far, new coal- and gas-burning facilities are replacing them.

The nuclear industry blames high maintenance costs, competition from cheaper alternatives and hostile regulators concerned about radiation disasters like the 2012 Fukushima meltdown in Japan. But the country’s most water-intensive source of electricity faces what could be an even bigger problem as climate change increases the risk of drought and taxes already crumbling water infrastructure.

That finding, highlighted in the landmark climate change report that the Trump administration released with apparent reluctance last Friday, illustrates the complex and at times paradoxical realities of anthropogenic, or human-caused, warming. It also stokes an already hot debate over the role nuclear energy should play in fighting global warming, a month after United Nations scientists warned that carbon dioxide emissions must be halved in the next 12 years to avoid cataclysmic climate change leading to at least $54 trillion in damage.

The report ― the second installment of the Fourth National Climate Assessment, a congressionally mandated update on the causes and effects of anthropogenic warming from 13 federal agencies ― devoted its entire third chapter to water contamination and depletion. Aging, deteriorating infrastructure means “water systems face considerable risk even without anticipated future climate changes,” the report states. But warming-linked droughts and drastic changes in seasonal precipitation “will add to the stress on water supplies and adversely impact water supply.”

Nearly every sector of the economy is susceptible to water system changes. And utilities are particularly at risk. In the fourth chapter, the report’s roughly 300 authors conclude, “Most U.S. power plants … rely on a steady supply of water for cooling, and operations are expected to be affected by changes in water availability and temperature increases.”

For nuclear plants, that warning is particularly grave. Reactors require 720 gallons of water per megawatt-hour of electricity they produce, according to data from the National Energy Technology Laboratory in West Virginia cited in 2012 by the magazine New Scientist. That compares with the roughly 500 gallons coal requires and 190 gallons natural gas needs to produce the same amount of electricity. Solar plants, by contrast, use approximately 20 gallons per megawatt-hour, mostly for cleaning equipment, according to the Solar Energy Industries Association, a trade group.

Nuclear plants are already vulnerable to drought. Federal regulations require plants to shut down if water in the river or lake that feeds its cooling drops below a certain level. By the end of the 2012 North American heat wave, nuclear generation fell to its lowest point in a decade, with plants operating at only 93 percent of capacity.

The availability of water is one problem, particularly for the majority of U.S. nuclear plants located far from the coasts and dependent on freshwater. Another is the temperature of the water that’s available.

Nearly half the nuclear plants in the U.S. use once-through cooling systems, meaning they draw water from a local source, cool their reactors, then discharge the warmed water into another part of the river, lake, aquifer, or ocean. Environmental regulations bar plants from releasing used water back into nature above certain temperatures. In recent years, regulators in states like New York and California rejected plant operators’ requests to pull more water from local rivers, essentially mandating the installation of costly closed-loop systems that cool and reuse cooling water.

In 2012, Connecticut’s lone nuclear power plant shut down one of its two units because the seawater used to cool the plant was too warm. The heat wave that struck Europe this summer forced utilities to scale back electricity production at nuclear plants in Finland, Germany, Sweden, and Switzerland. In France, the utility EDF shut down four reactors in one day.

But water has yet to pose an existential crisis. The U.S. Nuclear Regulatory Commission said that it considers climate change when reviewing applications for nuclear plants’ construction or operation permits and that it has never rejected one over concerns about dwindling cooling water resources.

“For plants on lakes and rivers, the basic consideration will continue to be whether or not the water level in that body is high enough to meet the conditions of the license,” said Scott Burnell, a spokesman for the Nuclear Regulatory Commission. “To this point, there have been no indications in the NRC’s analyses to suggest that plants would have to deal with the potential for the water bodies to no longer be able to fulfill their function.”

If or when that situation arises, a plant would have to propose a plan to maintain the requirements of the license, likely by reducing water intake and cutting electricity production, he said.

There are ways to make nuclear plants more efficient with water. Closed-loop systems already cool 40 percent of the country’s reactors. For more than a decade, regulators and industry players have been discussing the feasibility of air-cooled condensers, which use electricity generated by the plant to power air conditioners that cool reactors without water. But the technology siphons roughly 7 percent of the power produced by the plant and has yet to be installed at any U.S. nuclear station, according to the industry-funded Nuclear Energy Institute.

Another approach is to use recycled water. To cool its three reactors, the Palo Verde nuclear plant in Arizona sources most of the 20,000 gallons it uses per minute from reclaimed sewage from a treatment plant near Phoenix — a technique hailed in 2016 as “a feat of engineering” amid a drought.

Breakthroughs like that could make nuclear an attractive option for powering solutions to water scarcity in the years to come, such as desalinating brackish or saltwater and moving it to drought-parched regions.

“That’s energy intensive,” said Matt Wald, a spokesman for the Nuclear Energy Institute. “If you want to do that without adding carbon emissions, you’re likely to look at nuclear power as a way to do that.”

That, however, gets to the heart of the biggest question looming over the nuclear industry: Is it, given the radioactive waste it produces, clean energy?

For the growing number of states and municipalities pledging to use 100 percent renewable energy by the middle of the century, the answer is maybe.

Hawaii became the first state to adopt a 100 percent renewable electricity rule in 2015, pledging to quit gas and coal by 2045. The law makes no mention of nuclear, probably because the archipelago state has no reactors and requires a minimum two-thirds vote from both houses of the legislature to approve the construction of a nuclear plant or radioactive waste site.

The 100 percent clean electricity bill that California passed in August mandates that the state generate 60 percent of its electricity from renewables like wind and solar by 2030. But it gives regulators another 15 years after that to complete the overhaul with energy sources considered nonrenewable, including nuclear power, large hydropower dams, and gas-fired power plants that capture and store emissions.

A statute that Atlanta passed in June to get the city to 100 percent clean electricity by 2035 is vague, listing nuclear as a source of clean energy but vowing to get all its power from renewables.

For the Sierra Club, the environmental giant making a huge push to get cities and states to go all renewable, nuclear power is “a uniquely dangerous energy technology for humanity” and “no solution to climate change.”