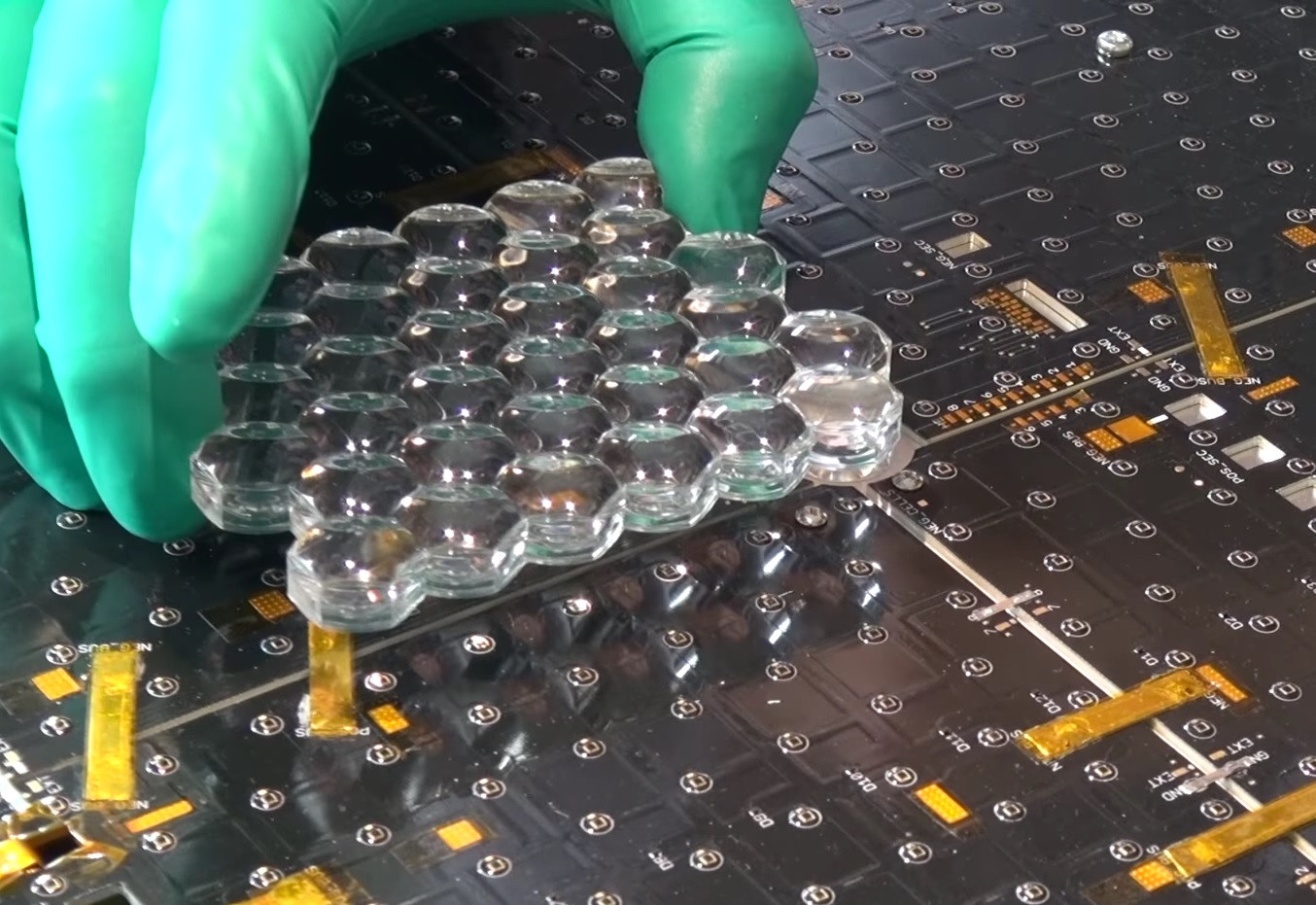 The clean energy boffins in their labs are always upping the theoretical limit on how much power you can get out of sunshine, but us plebes actually installing solar cells are stuck with years-old tech that’s not half as good as what they’re seeing. This new design from Insolight could be the one that changes all that.

Insolight is a spin-off from the École Polytechnique Fédérale de Lausanne, where they’ve been working on this new approach for a few years — and it’s almost ready to hit your roof.

Usually solar cells collect sunlight on their entire surface, converting it to electricity at perhaps 15-19 percent efficiency — meaning about 85 percent of the energy is lost in the process. There are more efficient cells out there, but they’re generally expensive and special-purpose, or use some exotic material.

One place people tend to spare no expense, however, is in space. Solar cells on many satellites are more efficient but, predictably, not cheap. But that’s not a problem if you only use just a tiny amount of them and concentrate the sunlight on those; that’s the Insolight insight.

Small but very high-efficiency cells are laid down on a grid, and above that is placed a honeycomb-like lens array that takes light and bends it into a narrow beam concentrated only on the tiny cells. As the sun moves, the cell layer moves ever so slightly, keeping the beams on target. They’ve achieved as high as 37 percent efficiency in tests, and 30 percent in consumer-oriented designs. That means half again or twice the power from the same area as ordinary panels.

Certainly this adds a layer or two of complexity to the current mass-manufactured arrays that are “good enough” but far from state of the art. But the resulting panels aren’t much different in size or shape, and don’t require special placement or hardware, such as a concentrator or special platform. And a recently completed pilot test on an EPFL  roof was passed with flying colors.

“Our panels were hooked up to the grid and monitored continually. They kept working without a hitch through heat waves, storms and winter weather,” said Mathieu Ackermann, the company’s CTO, in an EPFL news release. “This hybrid approach is particularly effective when it’s cloudy and the sunlight is less concentrated, since it can keep generating power even under diffuse light rays.”

The company is now in talks with solar panel manufacturers, whom they are no doubt trying to convince that it’s not that hard to integrate this tech with their existing manufacturing lines — “a few additional steps during the assembly stage,” said Ackermann. Expect Insolight panels to hit the market in 2022 — yeah, it’s still a ways off, but maybe by then we’ll all have electric cars too and this will seem like an even better deal.