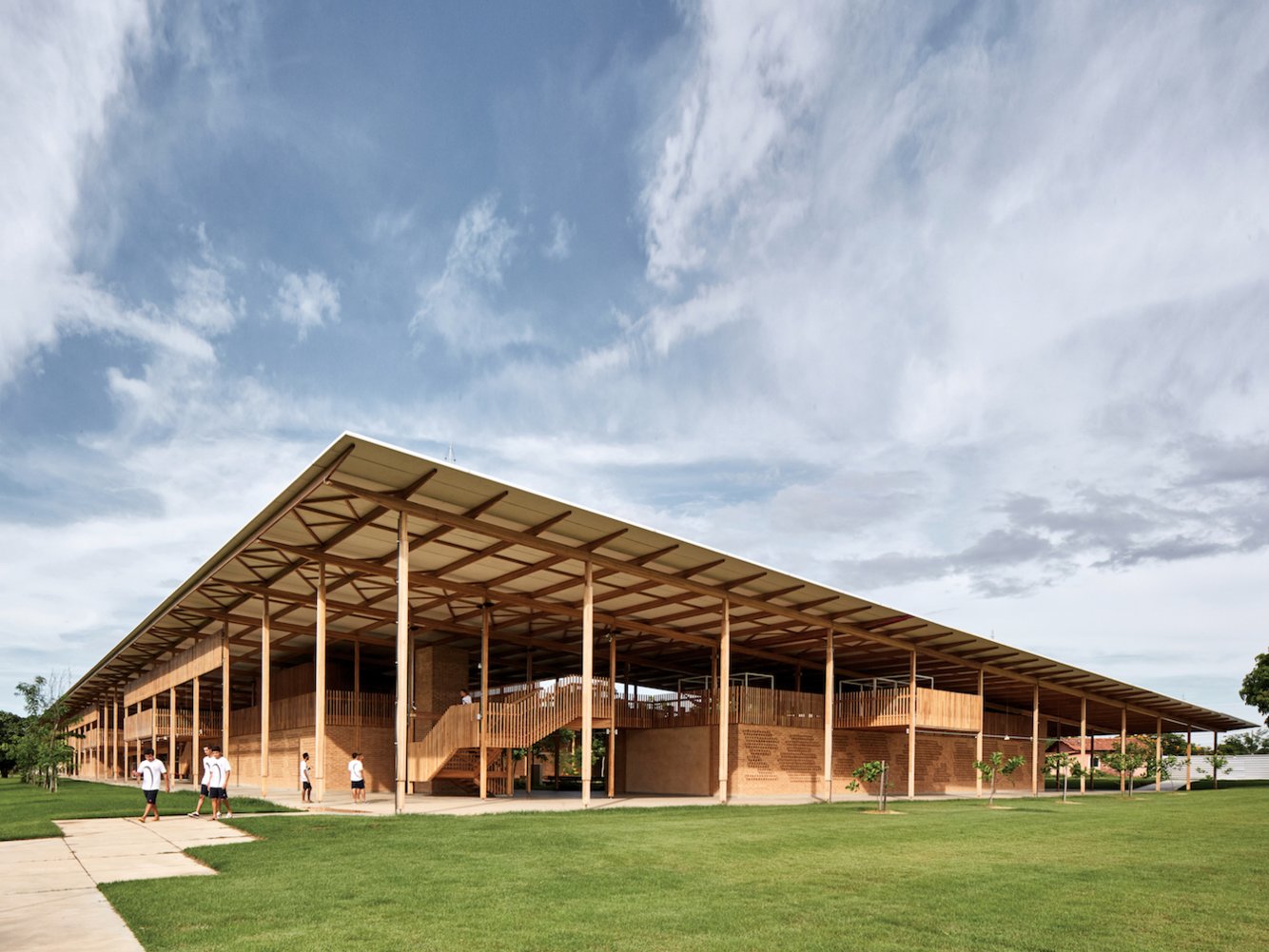 Is it a skyscraper? Is it a museum? No, it’s a remote school complex on the fringes of the Brazilian rainforest.

This year’s Royal Institute of British Architects (RIBA) International Prize for the world’s best new building has been awarded to Children Village in the northern state of Tocantins.

The building was designed by Brazilian architecture studios Aleph Zero and Rosenbaum, headed up by a duo in their early 30s.

The boarding facility provides accommodation for 540 children aged 13 to 18 who often come remote areas of the country, sometimes by boat, to attend the Canuanã School.

The project was funded by the Bradesco Foundation, the charitable arm of one of Brazil’s largest banks, who run a further 39 schools in rural communities of the country.

“We chose the architects precisely because they are not the kind who think they know everything,” Denise Aguiar, director of the Bradesco Foundation, said according to The Guardian.

“We didn’t know what we needed, but the designers seemed like they would actually listen to what the students wanted rather than imposing their own ideas.”

The 25,000-square-metre complex is made from local resources such as eucalyptus timber and earth blocks, making it cost effective and environmentally sustainable.

The building is also well-equipped to deal with the stifling heat in the region, which can top 110 degrees Fahrenheit, thanks to its canopy roofs and perforated brickwork.

It’s unclear how the building protects against the elements, but it apparently doesn’t even need air conditioning — the students are more likely to complain about being cold rather than too warm.

The architects worked closely with students at the school to determine how they wanted to live and interact with each other.

In the end, the facility was designed in two identical, gender-segregated complexes, each arranged around three shaded courtyards with dormitories for six on the ground floor and plenty of communal space and play areas on the upper level.

“The girls are getting much more friendly with each other,” Aguiar said. “They told me they can now share their secrets, because they’re living in cosy groups of six, not 40. They enjoy spending time in their rooms, whereas the boys spend all their time playing games on their upper decks.”

Gustavo Utrabo and Pedro Duschenes, directors of Aleph Zero, said: “It has been a joy to see the children making the building their own and adapting the space to fit their needs.

Marcelo Rosenbaum and Adriana Benguela, directors of Rosenbaum, said: “This award strengthens our understanding of architecture as a tool for social transformation, a tool that transcends construction and creates a deep connection between young people and their ancestors and knowledge.

“The space facilitates the interaction between public and private, and socialising between the collective, nature and the individual, reconnecting children and young people to their origins and with their surrounding ecosystem.”

The RIBA International Prize is awarded just once every two years and is billed as one of the world’s most rigorously judged architecture awards.

Each longlisted building is visited in person by a group of international experts before being handed to a grand jury, who visit the final shortlisted four buildings.