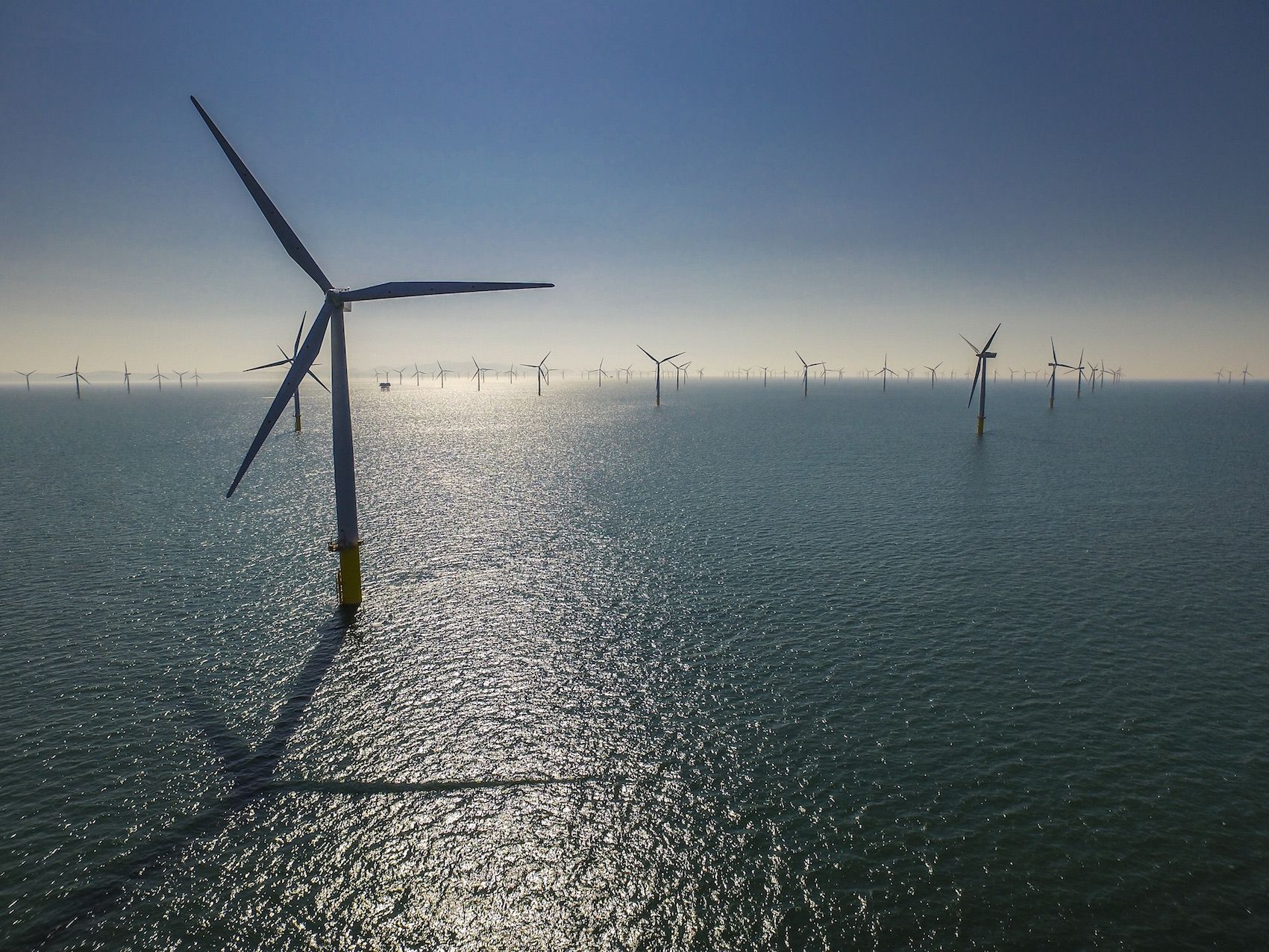 The US Wind Sector Toasts Trump’s New Love of Offshore

The Secretary of Interior said offshore wind will play “a big role” in energy policy.

The U.S. wind industry is celebrating after the Trump administration last week appeared to lend wholehearted support to the development of offshore projects.

“The proposed sale area has tremendous offshore wind energy potential and the responsible development of it continues to play a big role in the Administration’s America-First Offshore Energy Strategy,” he said.

The statement was the Trump administration’s strongest endorsement to date of offshore wind, which is developing rapidly in Europe but has lagged in the U.S. because of faltering policy support.

“Secretary Zinke’s leadership is transforming the enormous potential for offshore wind into a concrete pillar of American energy dominance,” said Tom Kiernan, CEO of the American Wind Energy Association, in a statement. “Expanding the market for offshore wind is good news for American workers and the coastal communities needed to manufacture, deploy and operate these projects.”

Working closely with the states, Kiernan claimed the Trump administration “can lead the U.S. to become a world leader for offshore wind as it is for other sources of energy.”

New York governor Andrew Cuomo, whose state is being targeted by the federal Bureau of Ocean Energy Management (BOEM) for additional offshore wind sites, greeted the news in a more guarded fashion and highlighted concerns over Trump’s all-of-the-above energy policy.

“While New York welcomes BOEM’s support in advancing our offshore wind plan, I remain deeply concerned by the federal government’s proposal to allow new offshore oil and gas drilling off our shores,” he said.

New York has formally requested to be excluded from this offshore drilling plan, Cuomo noted. “We believe offshore wind is a better direction for our economy, for our environment and for our energy future,” he said.

“New and expanding lease areas are important to continue the momentum in the offshore sector in that it lays a foundation for steady growth next decade,” he said.

Support for U.S. offshore wind development has been building steadily, he said, but most of the impetus so far has been at the state level. Zinke’s public support for offshore wind seems to point to a shifting in the federal position. And there could be good reasons for this.

“Trump has been somewhat anti-offshore, at least around his resort in Scotland, but these auctions and leases actually fill the coffers of the treasury,” Lewandowski commented.

The two new leases announced by Zinke are being formally offered this week through a proposed sale notice for commercial leasing for wind power on the outer continental shelf.

In addition, BOEM is publishing a call for lease nominations from companies interested in commercial wind energy leases within the New York Bight, an area of shallow waters between Long Island and the New Jersey coast.

The call is being accompanied by a high-level assessment for potential future offshore wind lease locations in all waters off the Atlantic Coast.

“We are taking the next step to ensure a domestic offshore wind industry,” said BOEM’s counselor for energy policy, Vincent DeVito, in a press note. “The outlook for offshore wind is bright.”