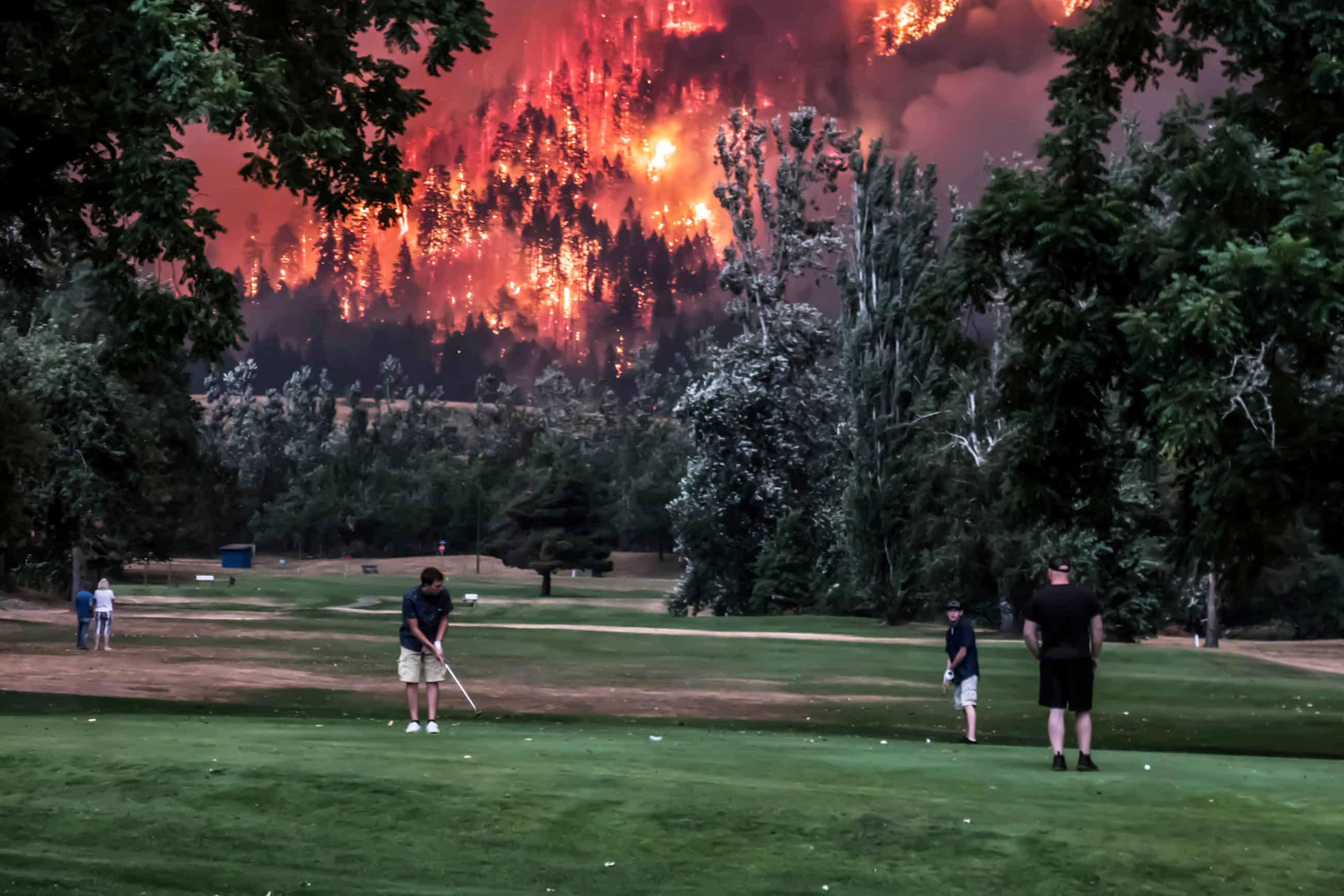 The Uninhabitable Earth by David Wallace-Wells review – our terrifying future

Enough to induce a panic attack … a brutal portrait of climate change and our future lives on Earth. But we have the tools to avoid it

You already know it’s bad. You already know the weather has gone weird, the ice caps are melting, the insects are disappearing from the Earth. You already know that your children, and your children’s children, if they are reckless or brave enough to reproduce, face a vista of rising seas, vanishing coastal cities, storms, wildfires, biblical floods. As someone who reads the news and is sensitive to the general mood of the times, you have a general sense of what we’re looking at. But do you truly understand the scale of the tribulations we face? David Wallace-Wells, author of the distressingly titled The Uninhabitable Earth, is here to tell you that you do not. “It is,” as he puts it in the book’s first line, “worse, much worse, than you think.”

The book expands on a viral article, also titled The Uninhabitable Earth, which Wallace-Wells published in New York in the summer of 2017, and which frightened the life out of everyone who read it. Writing at length, he is even more remorseless in his delineation of what the not nearly distant enough future probably holds for us. The book’s longest section, entitled Elements of Chaos, is composed of 12 short and brutal chapters, each of which foretells a specific dimension of our forecast doom, and whose titles alone – Heat Death; Dying Oceans; Unbreathable Air; Plagues of Warming – are enough to induce an honest-to-God panic attack.

Wallace-Wells identifies a tendency, even among those of us who think we are already sufficiently terrified of the future, to be strangely complacent about the figures. Yes, we know that climate change will cause sea level rises of between four to eight feet before the end of this century, but then again what’s a few feet if you happen to live a couple of miles inland? “That so many feel already acclimated to the prospect of a near-future world with dramatically higher oceans,” he writes, “should be as dispiriting and disconcerting as if we’d already come to accept the inevitability of extended nuclear war – because that is the scale of devastation the rising oceans will bring.”

The book is extremely effective in shaking the reader out of that complacency. Some things I did not want to learn, but learned anyway: every return flight from London to New York costs the Arctic three square metres of ice; for every half degree of warming, societies see between a 10 and 20% increase in the likelihood of armed conflict; global plastic production is expected to triple by 2050, by which point there will be more plastic than fish in the planet’s oceans. The margins of my review copy of the book are scrawled with expressions of terror and despair, declining in articulacy as the pages proceed, until it’s all just cartoon sad faces and swear words.

There is a widespread inclination to think of climate change as a form of compound payback for two centuries of industrial capitalism. But among Wallace-Wells’s most bracing revelations is how recent the bulk of the destruction has been, how sickeningly fast its results. Most of the real damage, in fact, has taken place in the time since the reality of climate change became known. And we are not slowing down. One of the sentences I found most upsetting in this book composed almost exclusively of upsetting sentences: “We are now burning 80% more coal than we were just in the year 2000.”

There’s also a temptation, when thinking about climate change, to focus on denialism as the villain of the piece. The bigger problem, Wallace-Wells points out, is the much vaster number of people (and governments) who acknowledge the true scale of the problem, and still act as if it’s not happening. Outright climate denialism as a political force, he argues, is essentially a US phenomenon – which is to say, essentially, a phenomenon of the Republican party – and the US is responsible for only 15% of the world’s emissions. “To believe the fault for global warming lies exclusively with the Republican party or its fossil-fuel backers is a form of American narcissism.” (I’m not sure I’ve ever heard anyone make quite so simplistic a case, but the point about denialism as largely a red herring is an important one.)

It’s easy to overlook how bad things have got, to accept the floods, wildfires and hurricanes as the nature of things

This all makes for relentlessly grim reading, particularly in that first section. As is generally the case in any sustained exposure to the subject of climate change – a subject that can seem increasingly like the only subject – a kind of apocalyptic glaze descends over even the most conscientious eyes, a peculiarly contemporary compound of boredom and horror. (“Human kind,” as the bird in TS Eliot’s Four Quartets sagely points out, “cannot bear very much reality.”) It’s a problem of which Wallace-Wells is clearly aware. “If you have made it this far, you are a brave reader,” as he puts it, somewhere past the halfway point, acknowledging the likelihood of the material he’s sifting through causing despondency in anyone considering it. “But you are not merely considering it,” he clarifies, “you are about to embark on living it. In many cases, in many places, we already are.”

That last point turns out to be one of the most crucial of the book’s warnings. Because as dire as the projections are, if you are surveying the topic from a privileged western vantage, it’s easy to overlook how bad things have already got, to accept the hurricanes and the heatstroke deaths as simply the unfortunate nature of things. In this way, Wallace-Wells raises the disquieting spectre of future normalisation – the prospect that we might raise, incrementally but inexorably, our baseline of acceptable human suffering. (This phenomenon is not without precedent. See, for example, the whole of human history.)

For a relatively short book, The Uninhabitable Earth covers a great deal of cursed ground – drought, floods, wildfires, economic crises, political instability, the collapse of the myth of progress – and reading it can feel like taking a hop-on hop-off tour of the future’s sprawling hellscape. It’s not without its hopeful notes: in a sense, none of this would even be worth talking about if there were nothing we could do about it. As Wallace-Wells points out, we already have all the tools we need to avoid the worst of what is to come: “a carbon tax and the political apparatus to aggressively phase out dirty energy; a new approach to agricultural practices and a shift away from beef and dairy in the global diet; and public investment in green energy and carbon capture”. The fact that the route out of this hell is straightforward does not mean, of course, that it won’t be incredibly arduous, or that we should be confident of making it.

The book, however, is less focused on solutions than on clarifying the scale of the problem, the horror of its effects. You could call it alarmist, and you would not be wrong. (In the closing pages, Wallace-Wells himself accepts the charge as “fair enough, because I am alarmed”.) But to read The Uninhabitable Earth – or to consider in any serious way the scale of the crisis we face – is to understand the collapse of the distinction between alarmism and plain realism. To fail to be alarmed is to fail to think about the problem, and to fail to think about the problem is to relinquish all hope of its solution.