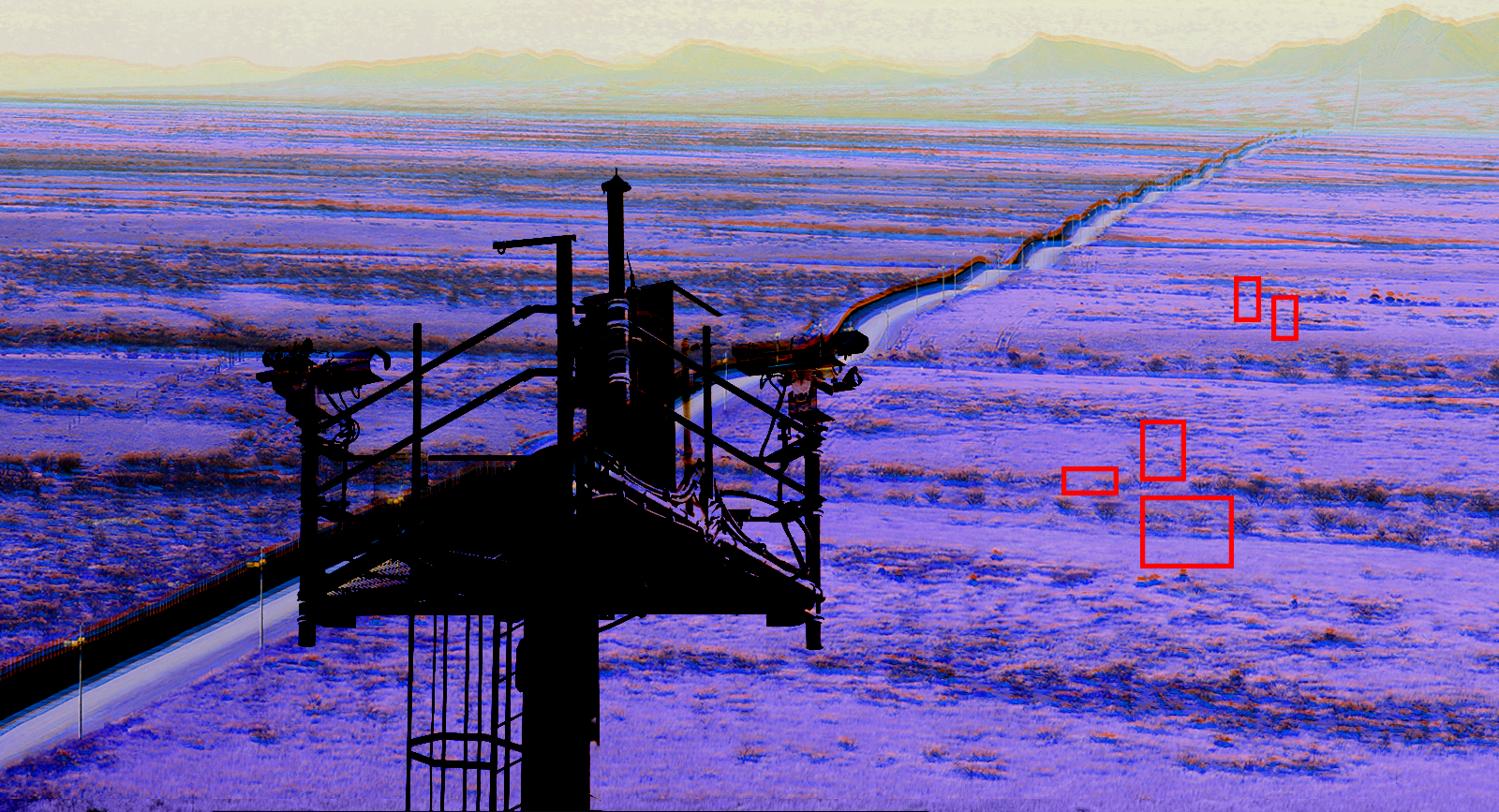 Defense company Anduril is oriented towards the future of war, even if the company doesn’t know what that is.
Right now, on the border between the United States and Mexico, a startup called Anduril is testing out its advanced new virtual border wall technology. Comprised of sensor towers carrying cameras and sensor lasers powered by an artificial intelligence algorithm, the virtual wall can spot any person or animal moving around near the border within a two-mile radius.

Anduril (nerd alert: it’s named after Aragorn’s sword) was founded by Palmer Luckey, the same guy who created and sold virtual reality company Oculus to Facebook and donated money to right-wing group Nimble America. He’s hoping the Department of Homeland Security will purchase the technology, called Lattice, to create a virtual border wall, which would be far cheaper for the government than building the physical barricade President Trump has promised.

During its tests, Lattice has led to the arrests of 55 people crossing the border into Texas, and another 10 in San Diego, according to WIRED. Sixteen of those people were transporting marijuana. The rest were likely crossing the border to improve their lot in life.

In this latest example of “can we?” over “should we?” logic, Anduril has created a surveillance system that would give the federal government the ability to monitor everyone who is on or around the border, whether or not they’re doing anything illegal. And while we shouldn’t be surprised that the Trump administration, with its efforts to stop immigration, would want to find a way to tighten border security.

But these tools could easily extend beyond border security. As TechCrunch reported, Anduril wants to get into the military technology game and help assert American military dominance. The company, which has several government connections, is currently developing other tools for the military, such as virtual and augmented reality battlefield applications that would help soldiers and those who aren’t on the front lines better monitor a conflict.

Luckey told WIRED that, right now, Anduril is focused on intelligence and surveillance, but isn’t ruling out developing weapons for the military down the road, even though Anduril doesn’t know what those weapons might look like. The team behind the company envisions futuristic combat scenarios that might be totally alien to our current idea of warfare. Either way, it seems that the company is committed to developing new ways to keep an eye on us all.