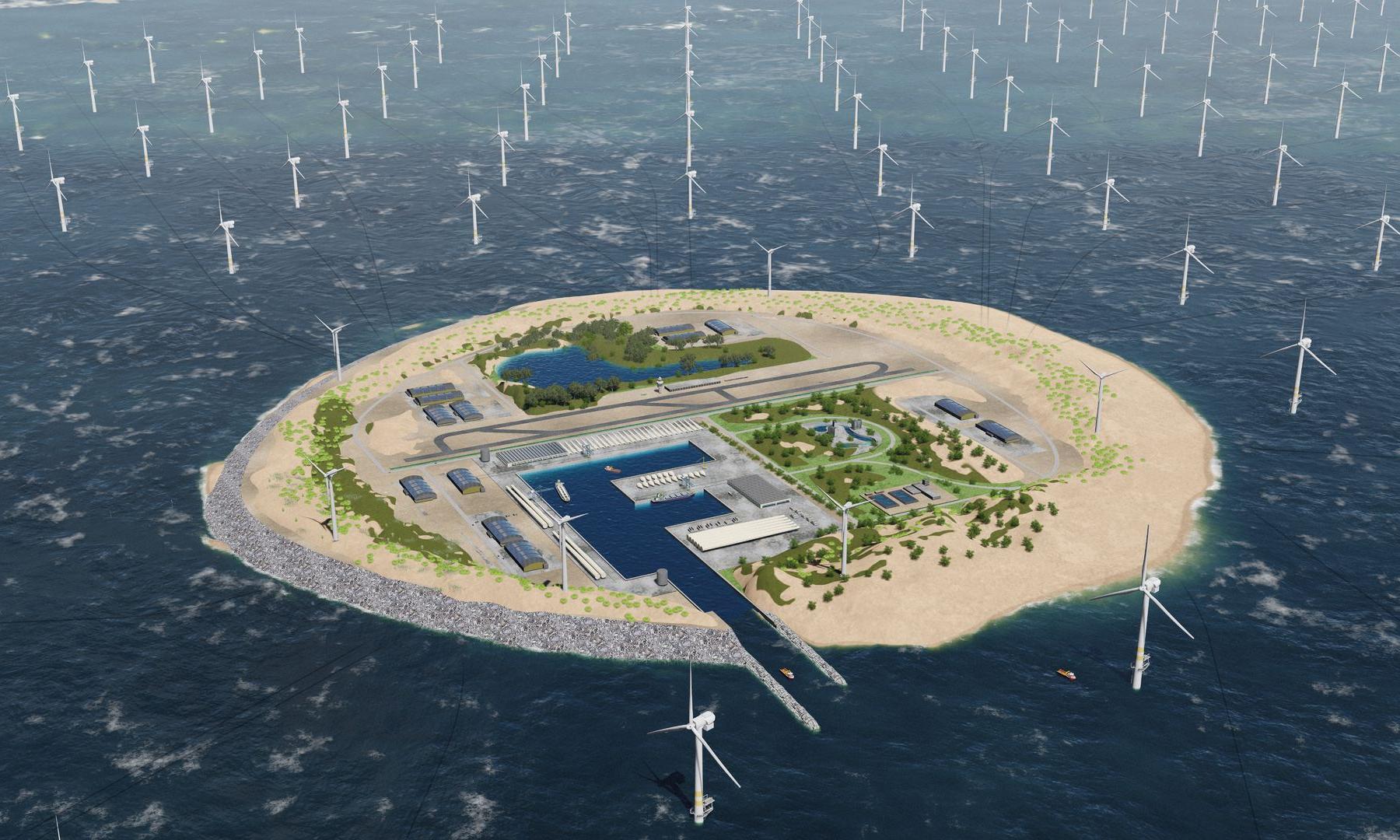 The Dutch plan to build the world's biggest wind farm, complete with a large floating island

The Netherlands has a highly ambitious renewable-energy plan in the works.

The country hopes to build the world’s largest offshore wind farm by 2027, along with a 2.3-square-mile artificial island to support it.

As The Guardian notes, the farm would sit at Dogger Bank, a windy and shallow site 78 miles off the East Yorkshire coast. It would deliver power to the Netherlands, United Kingdom, and later Belgium, Germany, and Denmark.

Offshore wind farms typically use expensive underwater cables that convert the turbines’ electric current into a type that electricity grids can use. TenneT’s island, however, would house equipment that would perform this conversion on-site, thereby allowing the farm to send electricity directly to the UK and Netherlands via less pricey cables.

According to TenneT, the Dutch electric company spearheading the project, putting additional equipment on the island would also allow the team to operate more turbines at a lower cost — and thus generate more power — than a traditional offshore wind farm.

Though the cost of offshore wind power is often higher than onshore (without subsidies), the approach can be advantageous, since winds tend to blow harder and more consistently in the ocean.

The Dutch wind farm would be capable of producing 30 gigawatts of power — more than double the amount of offshore wind power installed across Europe today.

The London Array, which can produce 630 megawatts of power over 47 square miles, is currently the largest offshore wind farm in the world. The world’s largest onshore wind farm, China’s Gansu Wind Farm, could generate over 6,000 megawatts (6 gigawatts) as of 2012 (the most recent data available), and has a goal of 20,000 megawatts (20 gigawatts) by 2020. However, according to a 2017 report from The New York Times, a number of Gansu’s turbines are still sitting idle.

The potential for offshore wind energy in the US is massive. If the country were to build turbines in all of its available ocean space, the winds above coastal waters could provide more than 4,000 gigawatts per year. That’s more than four times the nation’s current annual generation capacity.