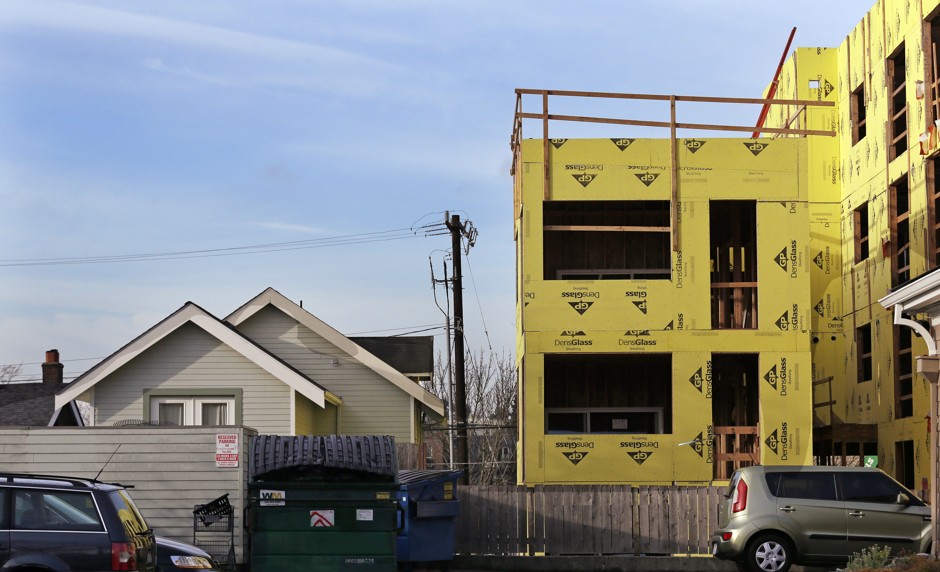 The Cities Where Job Growth Is Outpacing New Homes

Coastal metros are building more multi-family units than in the past, but it’s still not enough. Meanwhile, in some Sun Belt metros, new building outpaces jobs.

California is permitting new housing at the slowest rate since the Great Recession according to a new report released by California’s Legislative Analyst’s office, using data from the Construction Industry Research Board.

“Since 1990, only two other time periods—the first half of 1990s and the Great Recession—have had permitting declines as significant as the state has experienced over the past year,” analysts Brian Uhler and Justin Garosi write.

As it turns out, the rest of the country hasn’t rebounded so well since 2006, either. By analyzing Census Bureau data on building permits issued in the years since 1990, rental-property site Apartment List found that 38 percent fewer housing units were permitted nationwide in 2018 than in 2005, the year permits peaked before the recession.

“The total number of residential housing units permitted in 2018 was roughly the same as the number permitted in 1994, when the country’s population was 20 percent less than it is today,” reads the report, which was released last month. For cities and states that are trying to combat the affordable housing crisis, and especially if they are scrambling to keep up with an influx of jobs—both true of California—this spells trouble.

The entire picture isn’t one of lethargy, Chris Salviati, the author of the Apartment List report, says: Multi-family home construction has actually accelerated since the Recession, especially in the 25 largest cities.

In New York City metro for example, more than three-quarters of all the new units permitted from 2006 to 2018 were multi-family buildings; in San Francisco, about 65 percent.

That’s a reversal from the period between 1990 and 2005, when the number of single-family permits issued in the U.S. more than doubled.

(When you zoom out to look California-wide, the picture looks slightly different: The Construction Industry Research Board found that multi-family housing permitting in the state was down a dispiriting 23 percent in the first seven months of 2019, while single-family home permitting dropped only 10 percent.)

Necessity drives some of the emphasis on building up, Salviati says. “What you’re seeing in these dense coastal places, the residential footprint is already pretty developed, and sprawling out with more single-family isn’t really an option,” he said. But in part because of strict zoning restrictions that limit where multi-unit housing can be built, the two- to four-unit properties that typically serve the “missing middle” are lacking, too.

What’s left, he says, are a lot of luxury high-rises that are targeted at higher-income renters. In 1990, almost 5 percent of all residential permits were for duplexes, triplexes, and fourplexes, Apartment List found. By 2018, that share had dropped to 3 percent, while the average building size has doubled to 28.7 units.

In places like the Bay Area, these skyward gains haven’t been enough to keep pace with the rate of job growth, according to U.S. Bureau of Labor Statistics data. San Francisco metro added 3.45 jobs to every one housing unit permitted, which gives it the most challenging ratio in the country; other expensive cities like New York City, Boston, and San Diego added more than two jobs per permit.

Sun Belt metros, meanwhile, have been better able to match the pace of construction to their job growth. Some are actually building housing faster than they’re creating jobs—a dynamic that might say more about the clustering of economic development in coastal cities than the commitment to construction. And some, like Phoenix, Dallas, Atlanta, and Charlotte, are hitting the sweet spot, primarily by building single-family homes. (Three out of four new housing units permitted in Phoenix from 2006 to 2018 were for single-family homes.)

This kind of supply isn’t necessarily the right fit for the demand, says Salviati. “On one hand, you’re seeing enough housing being built to keep pace,” he said. On the other hand, cities are doubling down on car-oriented sprawl, and failing to build the kind of multi-unit, transit-oriented apartment buildings that advocates of affordable—and missing-middle—housing say are needed.

“We are seeing this divergence. In terms of the places that are thriving economically, there are the ones that aren’t building enough—the dense, coastal cities—and then the places that are continuing to sprawl out,” Salviati said. “With what we know about what folks’ preferences are as well as what is best for the climate, I don’t think that either of those are really great solutions.”

To speed up building rates, and nudge metros towards building a range of types and prices of homes, cities like Minneapolis and Austin and states like Oregon, have pursued increasing density through upzoning measures. California legislators postponed voting on such an upzoning measure this summer though most legislators acknowledge that something has to change: Based on the latest report, the state of California is at pace to permit only 100,000 homes in 2019—about five times slower than it needs to if it wants to meet Governor Gavin Newsom’s goal of producing 3.5 million homes by 2025.

“These zoning reforms are really important to enable the kind of development that would allow these cities to grow in more sustainable and equitable ways,” Salviati says.

But in Sun Belt metros that are building faster, taming sprawl may need attention, too.