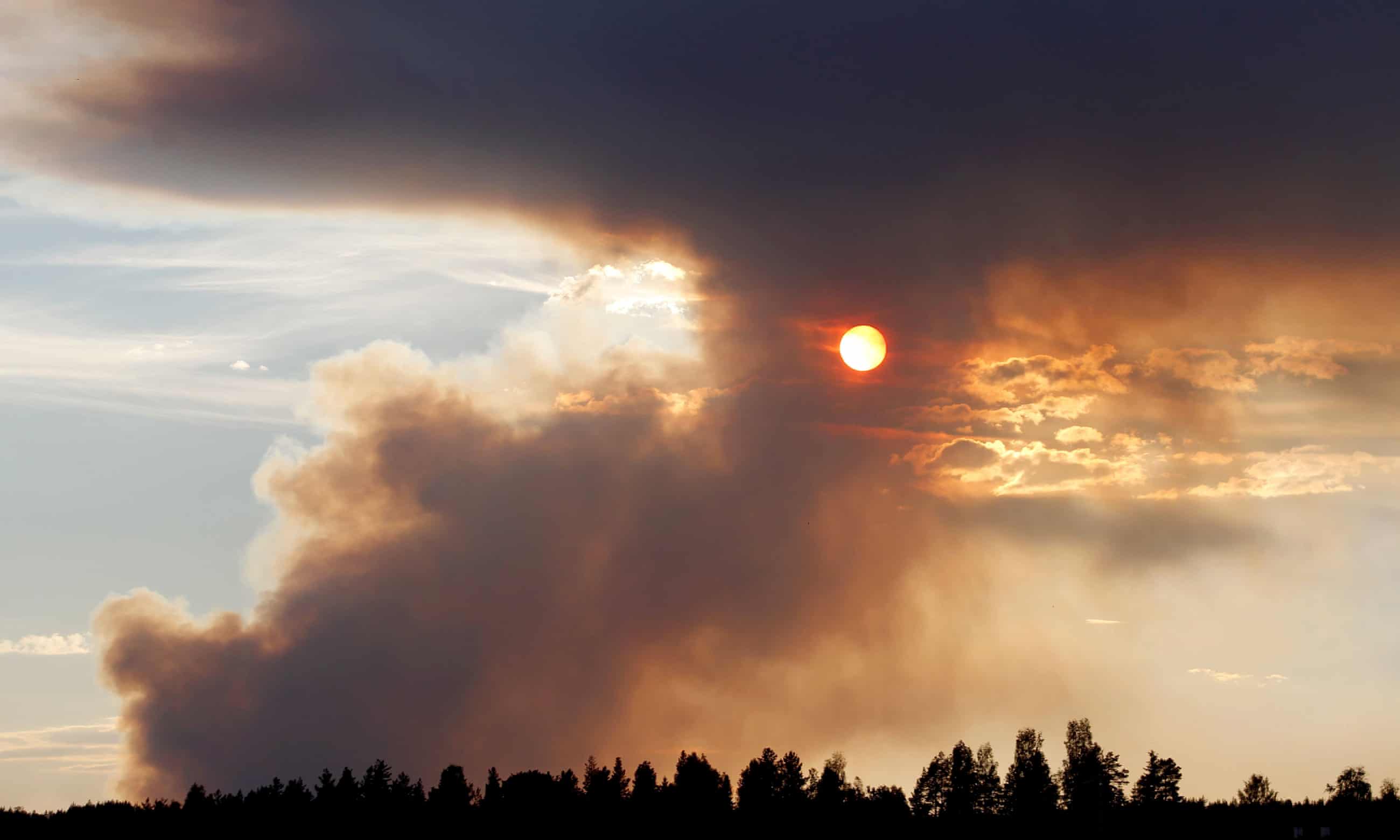 The big heatwave: from Algeria to the Arctic. But what’s the cause?

Last week, authorities in Sweden took an unusual step. They issued an appeal for international aid to help them tackle an epidemic of wildfires that has spread across the nation over the past few days.

After months without rain, followed by weeks of soaring temperatures, the nation’s forests had become tinderboxes.

The result was inevitable. Wildfires broke out and, by the end of last week, more than 50 forest blazes – a dozen inside the Arctic circle – had spread across Sweden.

A nation famous for its cold and snow found itself unable to cope with the conflagrations taking place within its border and so made its appeal for international help, a request that has already been answered by Norway and Italy who have both sent airborne firefighting teams to help battle Sweden’s blazes.

Nor is the nation’s fiery fate particularly unusual at present. Across much of the northern hemisphere, intense and prolonged heatwaves have triggered disruption and devastation as North America, the Arctic, northern Europe and Africa have sweltered in record-breaking temperatures. In Africa, a weather station at Ouargla, Algeria, in the Sahara desert, recorded a temperature of 51.3C, the highest reliable temperature ever recorded in Africa. In Japan, where temperatures have reached more than 40C, people were last week urged to take precautions after the death toll reached 30 with thousands more having sought hospital treatment for heat-related conditions. And in California increased use of air conditioning units, switched on to counter the scorching conditions there, has led to power shortages.

But perhaps the strangest impact of the intense heat has been felt in Canada. It too has been gripped by ferocious heat, with Toronto recording temperatures that have exceeded 30C on 18 days so far this year. This figure compares with only nine such days all last summer.

Dozens have died in the withering heat – with startling and grim consequences. Montreal’s morgue has been swamped with the bodies of those who have died because of the heat, and many corpses have had to be stored elsewhere in the city. Montreal coroner Jean Brochu said it was first time the city’s morgue had been overwhelmed this way.

Britain’s scorching weather – which has melted the roof of Glasgow’s Science Centre and parched the lawns of the nation’s historic homes – may have made regular UK headlines. However, it has been relatively mild in impact compared to those experienced in many other parts of the world.

Far from being a parochial problem, the current heatwave is clearly an issue that affects vast stretches of our planet: a global concern not a local one.

But why is so much of our world currently being afflicted with blisteringly hot weather? What is driving the wildfires, the soaring temperatures and those melting rooftops? These are tricky questions to answer, such is the complex nature of the planet’s weather systems. Most scientists point to a number of factors with global warming being the most obvious candidate. Others warn that it would be wrong to overstate its role in the current heatwaves, however.

“Yes, it is hard not to believe that climate change has to be playing a part in what is going on round the globe at present,” said Dann Mitchell of Bristol University. “There have been some remarkable extremes recorded in the past few weeks, after all. However, we should take care about overstating climate change’s influence for it is equally clear there are also other influences at work.”

One of those other factors is the jet stream – a core of strong winds around five to seven miles above the Earth’s surface that blow from west to east and which steer weather around the globe. Sometimes, when they are intense, they bring storms. On other occasions, when they are weak, they bring very calm and settled days. And that is what is occurring at present.

“The jet stream we are currently experiencing is extremely weak and, as a result, areas of atmospheric high pressure are lingering for long periods over the same place,” added Mitchell.

Other factors involved in creating the meteorological conditions that have brought such heat to the northern hemisphere include substantial changes to sea surface temperatures in the North Atlantic. “These are part of a phenomenon known as the Atlantic multidecadal oscillation,” said Professor Adam Scaife, of the Met Office.

“In fact, the situation is very like the one we had in 1976, when we had similar ocean temperatures in the Atlantic and an unchanging jet stream that left great areas of high pressure over many areas for long periods,” said Scaife.

“And of course, that year we had one of the driest, sunniest and warmest summers in the UK in the 20th century.”

However, there is one crucial difference between 1976 and today, added Professor Tim Osborn, director of research at the Climatic Research Unit, University of East Anglia. “The baseline on which these effects operated is very different today. Since 1976 we have had several decades of global warming – caused by rising carbon emissions – which has raised baseline global temperatures significantly.”

As a result, any phenomenon such as the weakening of the jet stream is going to have a more pronounced effect than it did 40 years ago.

And as global carbon emissions continue to rise and predictions suggest the world will be unable to hold global temperature rises this century to below 2C above pre-industrial levels, widespread heatwaves are very likely to get worse and become more frequent, scientists warn.

Nor is the problem of increasingly severe heatwaves confined to the land. “We have marine heatwaves as well – all over the globe,” said Michael Burrows, of the Scottish Marine Institute, Oban. “For example, there was a major marine heatwave that struck the coast of Australia last year. It devastated vast swathes of the Great Barrier Reef. More to the point, marine heatwaves are also becoming more and more frequent and intense, like those on land, and that is something else that we should be very worried about.”