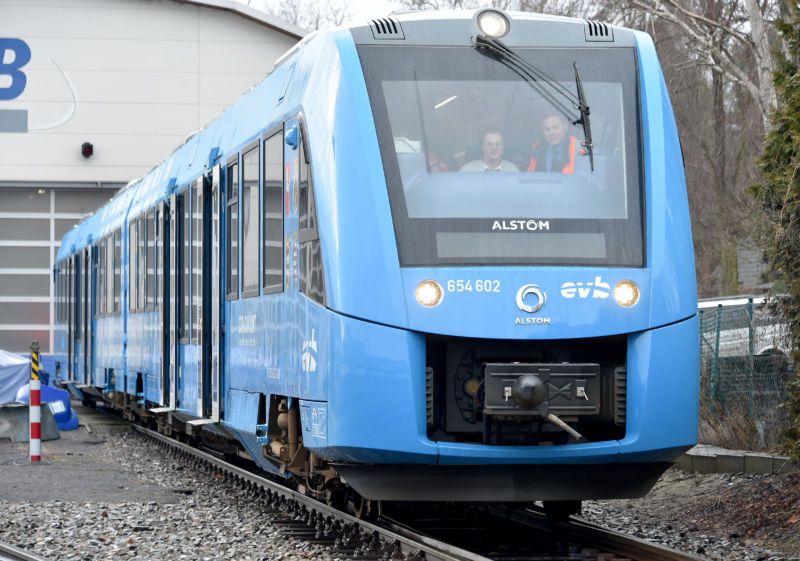 The advent of cheap, renewable hydrogen is nigh

As the price of wind turbines tumbles, the hydrogen fuel cell revolution is nigh.

Hydrogen gas has been the pipe dream fuel of clean-energy advocates for decades. Splitting electrons from H2 molecules creates electricity and a waste product: pure H2O. It has the added benefit of being storable (albeit at high pressures or low temperatures), and it can refuel a car or a generator in minutes, as opposed to batteries, which can take hours to recharge.

Unfortunately, most of the hydrogen that is mass-produced today is made by synthesizing it from natural gas (more specifically, methane, or CH4). But it’s also possible to make hydrogen using electricity and water, using an electrolyzer. If that electricity is renewable electricity, hydrogen can be nearly carbon neutral in its lifecycle.

The problem is that the electrolyzers that can make hydrogen from renewable energy have historically been prohibitively expensive. But that’s changing, according to a new paper in Nature Energy.

Researchers from universities in Germany and at Stanford University created a financial model for a wind farm connected to a hydrogen electrolyzer. They modeled electricity and hydrogen prices as if this theoretical system were based in Germany and then in Texas. The researchers concluded that “renewable hydrogen is projected to become cost competitive with large-scale fossil hydrogen supply within the next decade.”

Using research from “journal articles, industry data, publicly available reports, and interviews with industry sources,” the researchers built a theoretical model to determine whether wind energy paired with an electrolyzer could be profitable. The system was normalized to a one-kilowatt system (a common technique for this kind of economic modeling) and assumed to be paired with a polymer electrolyte membrane (PEM) electrolyzer, “which can be ramped up rapidly and attain a near-constant efficiency once a small threshold utilization has been reached,” the paper noted.

In the model, an investor could either sell all the electricity back to the grid, or, when electricity prices were low, it could use that energy to run the PEM electrolyzer and sell the resulting hydrogen at market prices. The price of electricity was based on historical prices observed in Germany and Texas every hour for a year.

The researchers determined that to build a system with both wind and a hydrogen electrolyzer, the break-even price for hydrogen needs to be €3.23 per kilogram in Germany and US$3.53 per kilogram in Texas. Currently, those prices are about right for small- and medium-scale hydrogen production, but not for large-scale fossil-fuel-synthesized hydrogen, which retails in the range of €1.5 to 2.5 per kilogram ($1.70 to 2.82 per kilogram).

But the researchers figured that they could look at trends in wind and renewable hydrogen systems and make an estimate as to when those systems would start popping up. Using historical prices from between 2003 and 2016, they found that the prices of renewable hydrogen systems fell by approximately 4.77 percent. That’s because as the cost of wind turbines and electrolyzers fell annually, the capacity factor of wind turbines also increased annually (so a single turbine produces more electricity).

That suggests that “in about a decade, renewable hydrogen will also become competitive with the lower prices paid for large-scale industrial hydrogen.”

Of course, large-scale industrial hydrogen will have to compete with cheap, non-renewable energy like fossil fuels at that point. As mentioned above, storing hydrogen can be a challenge, so building appropriate refueling stations is not a trivial task. Hydrogen fuel cell vehicles are also not as common as electric vehicles at the moment, though both industries are nascent enough that hydrogen could catch up if it found a niche in transportation (in long-haul trucking, for instance). But bringing the cost of renewable hydrogen on the same level as methane-synthesized hydrogen is a step in the right direction, and it might encourage more investment in fuel cell vehicles and generators.

Getting to parity faster

In the US, the researchers recommend an Investment Tax Credit for electrolyzers, just like other renewable energy sources (from solar to biomass to geothermal to batteries) receive. In the US, “for every rebate increment of 10 percent, the break-even prices for renewable hydrogen are shown to accelerate the competitiveness with large-scale fossil hydrogen supply by about 1.5 years,” the paper estimates.