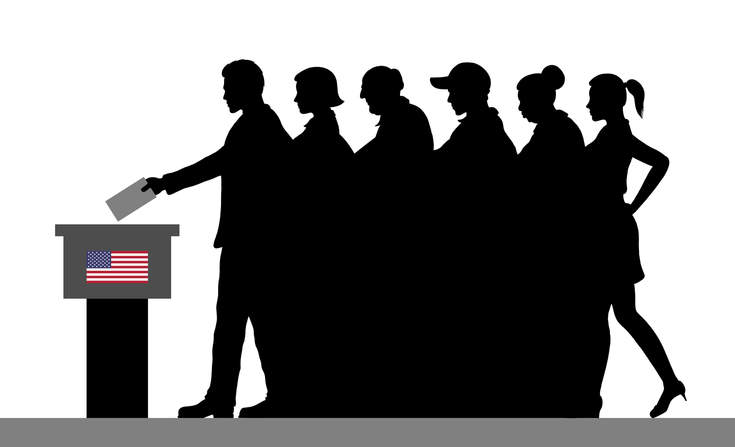 According to recent results in Yale’s Climate Opinion Maps, 73 percent of all registered voters believe that climate change is happening, and 59 percent of voters think it is mostly caused by human activity. Thirty-eight percent agree that a candidate’s position on climate change will be very important in deciding who to elect in the 2018 Congressional midterm elections. (You can find the methodology behind the data here.)

Why, then, has government policy and consumer behavior lagged behind these and other public opinion research showing similar trends?

It seems likely that climate change will transform the lives of your children more than the internet has.

Beyond acknowledging that people’s beliefs don’t always yield immediate concrete actions, it is important to unbundle the several dimensions of the climate change conversation that generally go unrecognized. Engaging voters on climate change must account for the following factors:

1. The scientific community and environmental advocates communicate climate change as an abstract, complex and impersonal issue. This contrasts with consistently high levels of public understanding and support for air and water quality and waste controls. These issues all exist in a “pollution” framework that is seen to present personal risk. Given that most of the public believes that climate change is already underway, translating the public dialogue from “climate change” to “carbon pollution” is more likely to expedite the sense of immediacy and personal relevance of the issue.

Presenting the co-benefits of controlling carbon pollution (and methane and other major greenhouse gases) in the form of air and water quality improvements, energy efficiency and protection of natural resources and property also communicates that shorter-term societal benefits are achievable as well as those that require more time. People do frequently vote their pocketbooks and their interests, but these are often defined by their experiences and sense of personal well-being rather than primarily scientific facts.

2. Reducing greenhouse gases in the atmosphere is an outcome, not a goal. All too often, climate policy advocates disconnect their proposed solutions from economic investment strategies, workforce training and skills development, or the consequences to people and communities from eliminating high-wage jobs in the fossil-fuels industry.

An alternative strategy would recognize the value of leveraging public and private sector investments in critical economic infrastructure and technologies that are both more climate-friendly and create longer-term employment at higher wages. The chemical industry, for example, has proposed that West Virginia serve as a major infrastructure hub for the natural gas industry in the eastern United States. Such a plan would offset lost (and never returning) coal-mining jobs and provide an opportunity to lock in greenhouse gas reductions by mandating best industry best practices across the value chain.

3. The climate change debate — like civil rights, health care and immigration — is less about the level of scientific certainty, regulation or taxation and more about choice, change and equity. It has become a lens through which to examine the nation’s priorities and whether fair and efficient solutions can be developed to guide decision making without limiting our capacity to innovate new technologies or place disproportionate risks upon future generations. Fossil-fuels advocates, evangelical preachers, renewable energy entrepreneurs, environmentalists and local communities all belong in the climate conversation, but defense of the status quo does not because it is already being overtaken by events directly associated with climate change. And there are more impacts to come. In the words of climate analyst Joseph Romm, “It seems likely that climate change will transform the lives of your children more than the internet has.”

Fossil-fuels advocates, evangelical preachers, renewable energy entrepreneurs, environmentalists and local communities belong in the climate conversation, but defense of the status quo does not.

4. Climate change and other decisions are based on personal values. Education, career planning, partner selection and residency location have both immediate and long-term impacts on ourselves and our families. So, do climate change choices that we directly make through a series of purchasing, lifestyle and voting decisions. Individually or collectively, we can shape our future or abdicate having a voice in the outcome.

Much of the current crisis in America’s economic and social system — wage stagnation, growing inequality, social despair through growing rates of addiction and suicide, and carbon pollution — reflects the fact that the post-World War II economic engine we rode in on is no longer sufficient to support our values and our future.

The late historian David Potter wrote that “economic abundance is conducive to political democracy.” Debating and resolving the climate challenge is less about addressing the remaining technicalities and more about recreating abundance that is environmentally more friendly, more equitable and restorative of our democracy. Whether a voter supports Donald Trump or the Paris climate agreement is subordinate to choosing an economic and social future that is resilient beyond our own generation and in which climate solutions emerge as a significant by-product. Only we the voters can make those decisions.