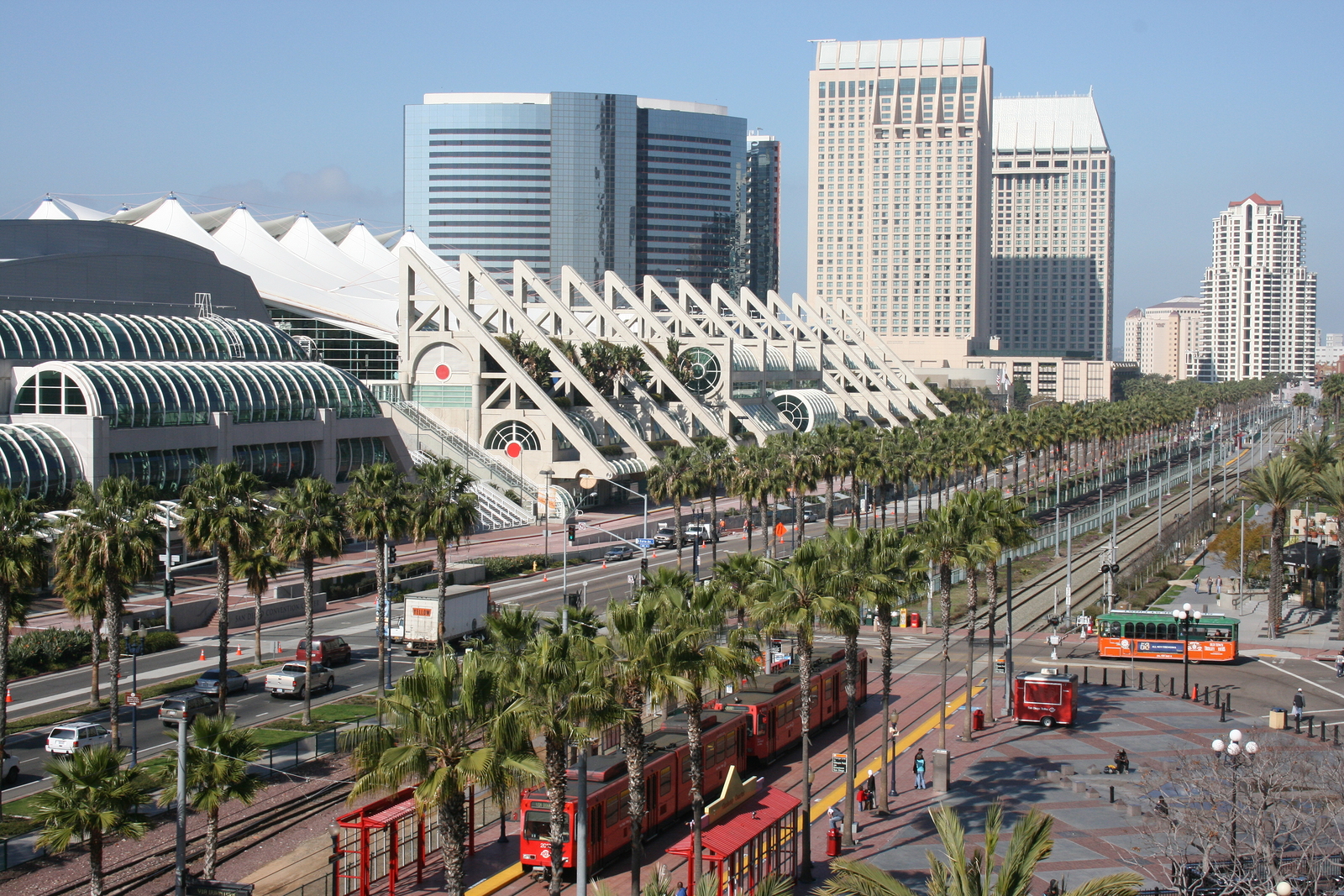 San Diego to Cover Half the City with Intelligent Streetlights

At a recent block party in San Diego, streetlights turned out to be the occasion to celebrate.

Some 300 residents turned out for a recent community gathering, curious to learn more about a city program to outfit 3,200 lamps with a buffet of sensors that might ultimately aid in determining where infrastructure resources need to be deployed, or even what makes for the best walk to school.

“I get excited by this type of technology,” remarked David Graham, deputy chief operating officer for the city of San Diego. “But at the core, we’re delivering services better to the public. And it’s about the people, rather than about the technology.

The streetlight project is part of a $30 million smart infrastructure initiative San Diego is undertaking. During the block party, Graham asked a young couple with two kids why they cared about smart streetlights, and they told him they simply relished the ability to walk their children to school everyday, rather than drive. The data from the intelligent network could help them find the best and safest route to school.

The system being deployed in San Diego is not unlike those being deployed in other U.S. cities to offer insight about parking, traffic, air quality and other concerns. Cities are placing, in most cases, private-sector technology into the public right-of-way on objects like streetlamps to gather and analyze data. The San Diego project is an extension of an initiative to upgrade the city’s 14,000 streetlights, which are currently being transitioned to cellular-connected LEDs with adaptive controls — lights that can be dimmed or turned off when not needed. That project began about three years ago when the city installed about 3,000 LED streetlights with adaptive controls.

The smart network with the added sensors will cover about half of the city of San Diego. About 150 sensored streetlights are already in operation.

“We will be done by the end of 2018,” said Graham. “We’ll have critical mass, probably half of the network, up by this summer.”

The city is funding the work via G.E. Capital. Officials explored municipal financing, but found G.E.’s financing arm just as competitive, said Graham. Current, a subsidiary of G.E., is the vendor for the sensors and other equipment. The city expects the project to pay for itself over 13 years — an intentionally conservative estimate — through energy savings due to the transition to LED lighting, the lights’ adaptive controls, and locking in a set rate with PG&E.

The data gathered by the sensors will be placed on the city’s open data network, ready for entrepreneurs and others to begin using it to come up with any number of solutions to problems or even whims.

“One person came up with the idea, what if I develop a food-truck app?” said Graham. “If I know where there’s available parking, and there’s congregations of people, (we) could provide that information for food truck operators and they can find ways of getting to those locations.”

The data could also offer insight into events that often fly below the radar, such as near-misses in intersections or jaywalking. The sensor technology will be able to determine vehicle sizes and speeds of travel while distinguishing between cyclists and walkers.

“That’s the sort of stuff that can be really expensive to go out and get, and you really only get a snapshot in time. And we want the ability to use analytics to derive all that information for decision-making on infrastructure deployment, community planning efforts,” said Graham. “I also think it gives us an opportunity in neighborhoods that traditionally under-report, if you will, or are not as civically involved, to really help understand what’s going on in their neighborhoods, and help make better decisions.”

Other smart city experts stress the importance of using today’s data to inform tomorrow’s decisions related to infrastructure and other forms of planning.

“We really feel that using some data — data you already have about the city, data that you already have about the infrastructure — allows you to put better infrastructure in place, where if you’re building a new project, maybe you can think about what it’s going to be in 50 years, rather than what it’s going to be in five years,” said Brian Pallasch, managing director of government relations and infrastructure with the American Society of Civil Engineers, speaking during a panel discussion last month during the Digitizing Infrastructure: Building a Smart Future symposium in Washington, D.C. “Now, admittedly, sometimes it’s hard to get politicians to think in those terms. They don’t like to put zeros on the end of years, because they’re looking at two-, or four-, or six-year terms. But the reality is that infrastructure is going to be there for a long time.”

Similarly, Graham sees streetlights as “the nervous system for the city,” connecting infrastructure.