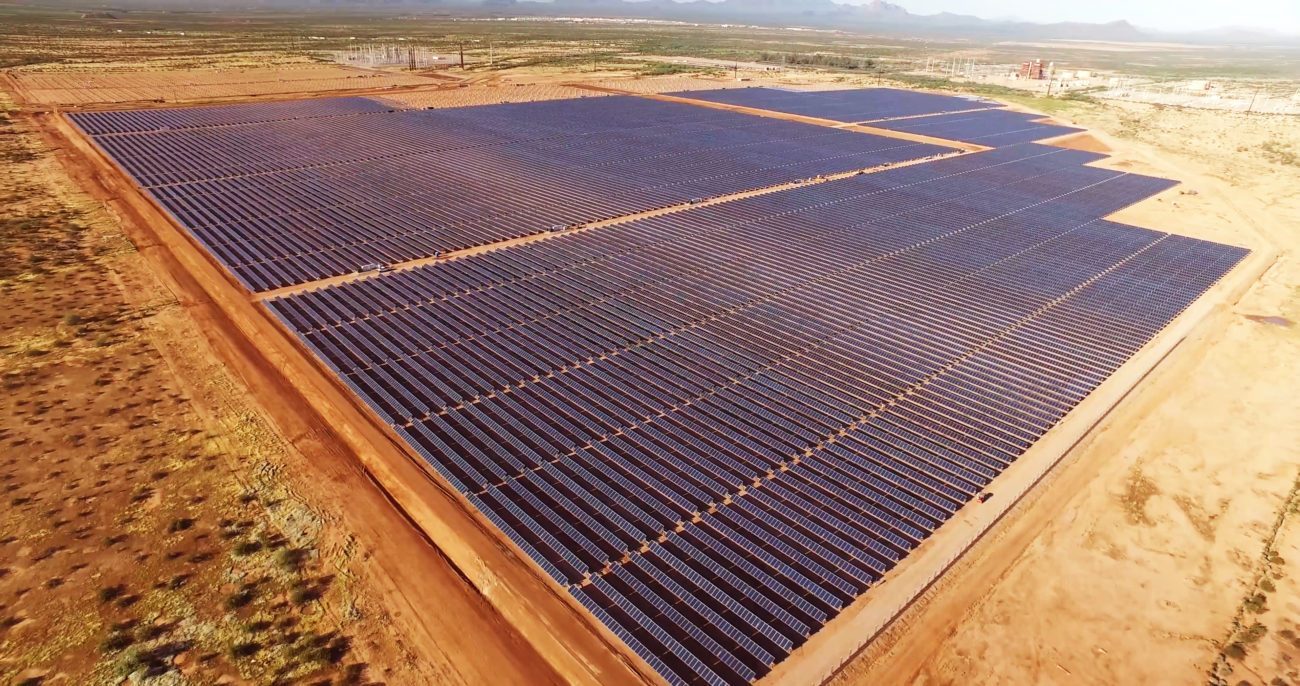 Research Predicts Wind and Solar Could Green the Sahara

A model demonstrates how renewables could increase rainfall.

Installing large-scale wind and solar projects in the Sahara could increase rainfall and help the desert bloom, according to research released this month. The U.S.-led study used a climate model to show how renewable infrastructure could change local weather patterns in deserts.

The research showed large-scale solar and wind installations could lead to an increase in local temperature and a more than twofold uplift in rainfall, particularly in the Sahel region south of the Sahara.

The increase in rainfall would be due to different factors depending on the type of renewable generation involved, the model found. Wind farms were found to increase precipitation by increasing surface friction, which helps carry moist air upward and hot air back to the earth.

This would lead to increased rainfall, which would get plants growing. The plants would reduce the surface reflectivity, or albedo, of the desert, which in turn would lead to more heat being trapped in the earth, increasing evaporation and leading to even more rain.

Solar farms, meanwhile, would improve rainfall simply by decreasing the albedo of the desert. The researchers noted that this effect was mainly due to the low conversion efficiency of commercial panels.

The researchers also pointed out that previous studies had already concluded that renewable energy could impact climate change “at continental scales.”

What set their study apart, they said, was use of dynamic modeling to show how increasing vegetation might lead to a lower albedo and more rainfall.

The model simulated covering about 20 percent of the Sahara with solar panels and installing a watt of wind power capacity per square meter of land. The effects of greening were simulated over 100 years.

The simulation found wind farms could increase rainfall by up to 0.25 millimeters a day, double the level of a control experiment. In the Sahel, the effect was even more pronounced, with the increase averaging 1.12 millimeters daily.

Solar plants, meanwhile, were found to increase rainfall by 0.13 millimeters a day in the Sahara and 0.57 millimeters in the Sahel.

Overall, the renewables could help deliver up to 500 millimeters of rain a year in the Sahel, “which is large enough to have major ecological, environmental and societal impacts,” the study said.

“Massive investment in solar and wind generation could promote economic development in the Sahel, one of the poorest regions in the world, as well as provide clean energy for desalination and provision of water for cities and food production,” it claimed.

Co-author Dr. Yan Li, of the Department of Atmospheric and Oceanic Science at the University of Maryland, said empirical research confirmed that renewable energy plants could have a local warming effect.

“However, it is difficult to detect the precipitation effect in small-scale empirical studies,” he said.

Also, it is unclear what would be the minimum amount of renewable capacity needed to have an impact. The greening effect increases with the size of the solar and wind installations, said co-author Eviatar Bach — but not in a linear fashion.

Furthermore, it appears the greening effect of renewables would be much lower in other deserts around the world.

The research team modeled the impact of renewables in other desert regions but found that the impact was much smaller “because of their smaller area and scattered distribution,” said Dr. Safa Motesharrei, another author of the study.

The Sahara also benefits from a high albedo and a strong response to dynamic vegetation feedbacks, he said. A further unknown is whether other types of renewable energy infrastructure might have the same impact as wind or PV.

One of the major alternative sources of renewable energy being promoted in the Middle East and North Africa (MENA) region is concentrated solar power (CSP), which is powered by sunlight reflected via mirrors rather than light absorbed by PV panels.

The Middle East Solar Industry Association listed a pipeline of 1.2 gigawatts of CSP in the MENA region in 2018. But massive CSP installations are unlikely to have an albedo-reducing effect because the mirrors do not absorb sunlight, the researchers said.