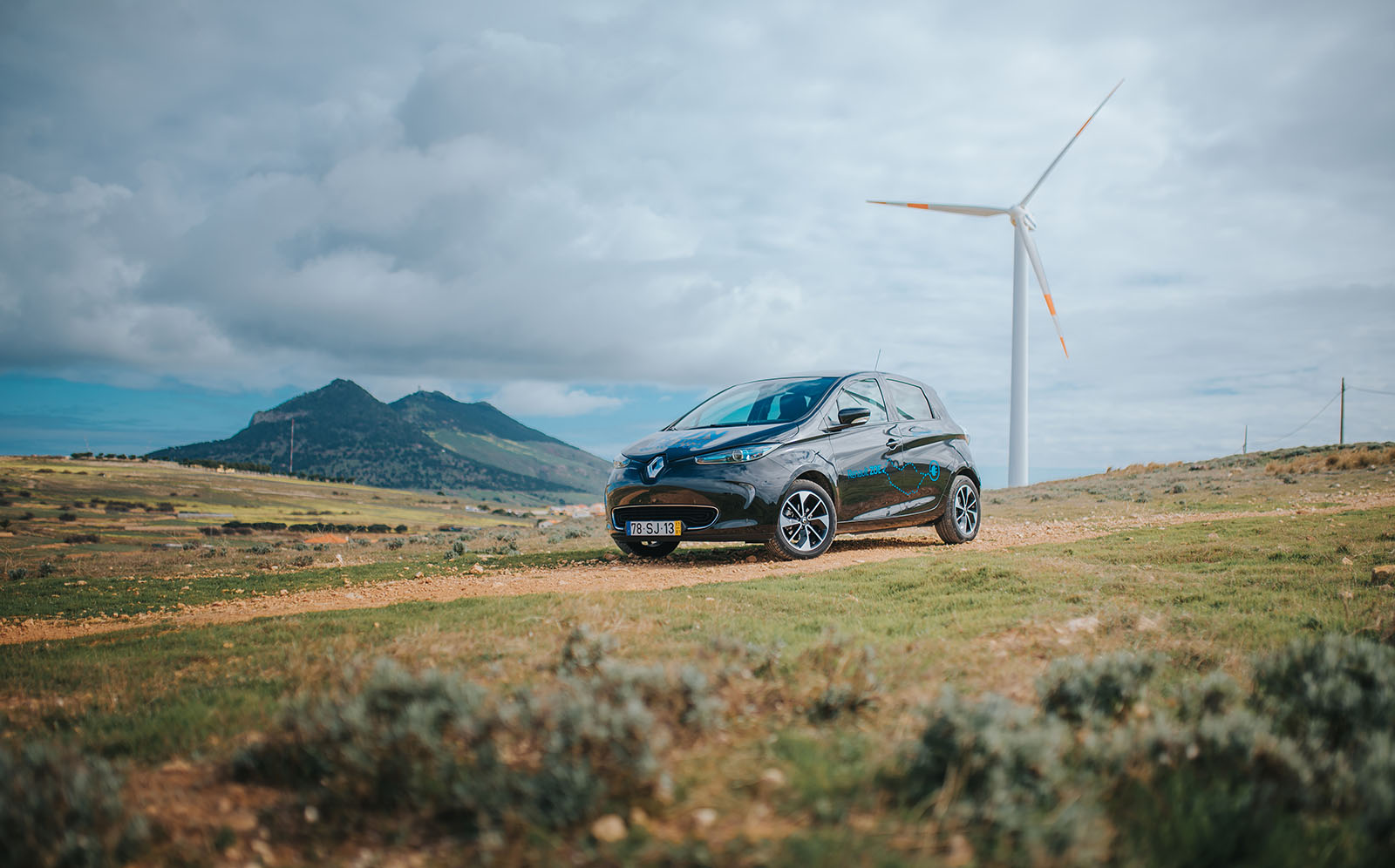 The experiment in Portugal aims to prove you can live without fossil fuels.

Renault has launched a “smart island” in Portugal that uses its Zoe electric vehicle, home batteries, smart charging and vehicle-to-grid (V2E) energy storage to run without fossil fuels. The idea is to make the Madeira island of Porto Santo energy independent and stimulate renewable energy production. “[We want] to build a model that can be carried over to other islands and cities,” Renault Electric Vehicle Director Eric Feunteun told Engadget.

Unlike Tesla’s massive Powerpack installation, the Renault project is more of a community endeavor on the small (16 square mile) and sparsely populated (5,483 inhabitants), tourism-oriented island. It will unroll in three phases: In the first, 20 fortunate Porto Santo volunteers will get 14 Zoes and six Kango Z.E. utility vans to use every day. They’ll benefit from 40 new connected public and private charging stations set up by Renault and local utility Empresa de Electricitade da Madeira (EEM).

“Let’s say you come home from work at 7 PM with a decent charge left, and only need two to three hours of charging,” said Feunteun. “The smart charging system we’re testing will decide when the best time to do that is, based on usage, energy availability and other factors. Then, it can charge up to eight times a day in chunks as small as 15 minutes.”

During phase 2, the EV will become part of the grid by feeding electricity back into it during peak hours. That way, the EV owners will not just benefit from the smart charging network but also pay it back by supplying what are essentially mobile storage batteries. “Electric vehicles have moved from being a constraint, as seen by the energy companies, to an opportunity in the last few months and years,” Feunteun said. “In particular, they provide a way to store electricity, which is one of the key problems on their table with renewable energy.”

In the final phase, Renault will introduce “second-life” stationary “Powervault” and other batteries that have been recycled from its Zoe and other EVs. Those could come from cars that have been in accidents, or from Renault’s recent program that allowed owners to swap the old 22 kWh hour batteries for the new 41 kWh ones. The idea is that even though an old battery isn’t up to the heavy demands of an EV, it’s still plenty useful for supplying homes and power grids.

Those will attach to local solar and wind systems, storing the unpredictable levels of electricity they produce. The energy can then be recovered by the grid as needed, much as Tesla’s Australian Powerpacks can supply energy during peak usage.

Renault teased the idea of combining electric vehicles and homes to form a grid when it launched the Symbioz concept car, complete with its own home. You could pull the vehicle right into your living room (or garage, in the real world), plug it in, and either charge it or give energy back to your home.

Using EVs in a smart charging network makes a lot of sense, as they can absorb energy when supply exceeds demand (at night, or when the sun is shining) and give it back when everyone needs power. “So if there is really a peak at 7 PM, when everyone is cooking, then the battery continues to empty on the grid,” explained Feunteun. “Then, it will recharge at midnight when it is windy and no one is consuming energy.”

Renault is one of the first companies to test smart charging in a solar and wind energy-powered region, using EVs and home batteries to smooth peak power. The data it gathers will be invaluable when it expands the program to larger eco-districts or cities.

It will even recycle the batteries used on the Porto Santo Zoe and Kangoo vehicles to smooth the power grid, creating a true circular upgrade. “The Madeiro project is one of the most complete electric vehicle green initiatives ever,” said Feunteul. “It brings together all the different ecosystems to create a zero emissions, carbon-free island.”