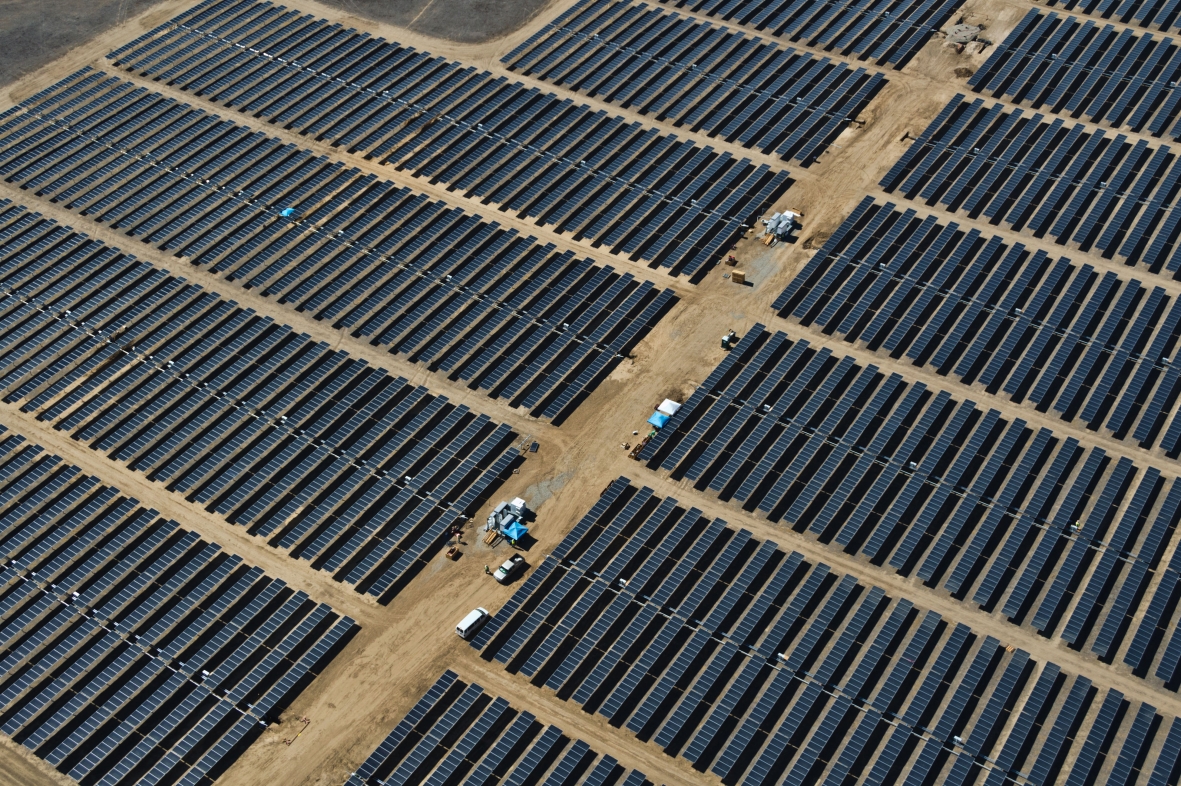 Leading Saudi developer and operator ACWA Power has announced it has won the right to develop the first utility-scale renewable energy project in Saudi Arabia, the 300 megawatt Skaka IPP PV solar project, at a record-breaking tariff of 2.34 US-cents per kilowatt-hour.

ACWA Power announced on Tuesday that it had been awarded the rights to develop the 300 megawatt (MW) Skaka IPP PV solar project, which is set to be located in the Al Jouf region of Saudi Arabia and cover a site over 6 square kilometres in area. ACWA Power was awarded the project at a record-low tariff of 8.782 halala per kilowatt-hour (kWh), or around 2.34 US-cents/kWh.

In conversations with CleanTechnica in January, ACWA Power President and CEO Paddy Padmanathan as well as other regional solar experts told us that continually declining costs in solar technology combined with highly competitive financing and low land costs in the region had allowed for multiple record-breaking solar PV bids. Paddy Padmanathan at the time told us to look out for news about this Saudi Arabia project.

That started with a 5.98 cents/kWh solar bid in late 2014, an ACWA Power bid that blew the solar world away. (Related: Cheapest Solar In The World — Michael Liebreich Interview Series). A couple of years later, again in Dubai, a consortium led by Masdar offered yet another record-low solar bid. This one got down to an astonishing 2.99 cents/kWh. But progress marches on, and those bids now look high compared to the 2.34 cents/kWh bid that won ACWA Power this project.

The Skaka solar project is Saudi Arabia’s first utility-scale renewable energy project and the first of what the Kingdom aims will eventually generate 9.5 gigawatts (GW) of renewable energy by 2023.

“We are proud to have set yet another world record tariff for PV power, now at home, and are humbled to be entrusted with the first utility-scale renewable energy plant to be developed in the Kingdom, which will be the foundation of the visionary ambitious national program that seeks to maximize the utilization of renewable energy sources, as defined by the National Transition Plan 2020 and the objectives of the Saudi Vision 2030,” said Mohammad Abdullah Abunayyan, Chairman of ACWA Power.

“We are very excited to have won this project, through such a rigorous transparent process at a new world record tariff as it will set the foundation for a robust and competitive market for renewable energy in the Kingdom thus enabling Saudi Arabia to take advantage of all intrinsic valuable ingredients available to become a global hub for research, development, manufacture and investment in the rapidly transforming energy sector which is pivoting to increase the renewable energy content in the fuel mix of power generation,” added Paddy Padmanathan, President and CEO of ACWA Power.

ACWA Power was one of 8 bidders on the project, which was narrowed down to only two at the beginning of January (PDF) — ACWA Power and the  Marubeni Corporation with consortium members Khaled Ahmed Juffali Energy & Utilities Limited and Axia Power Holdings BV. Other bidders included Masdar and EDF. It is believed that ACWA Power came out on top — even though its own bid was not the lowest bid — due to a focus on local manufacturing and a more traditional offering as compared to its competitors.