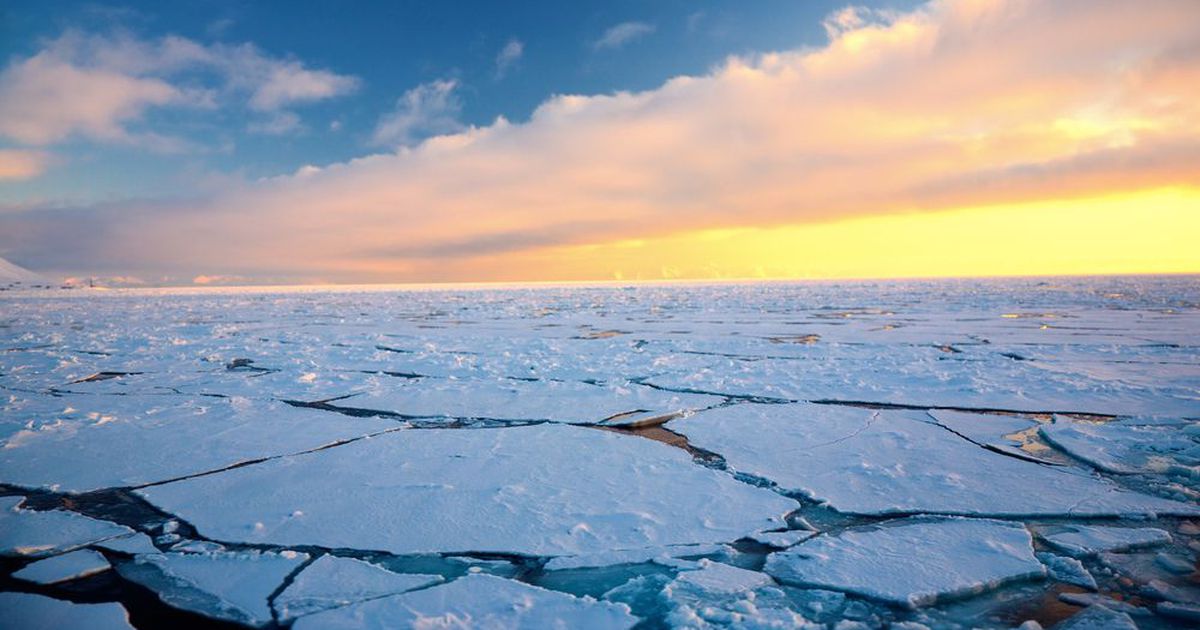 Each year for the past 12 years, an international team of scientists have issued a “report card” on the Arctic climate system. The report amounts to a physical exam of the vast, rapidly changing region, including details on everything from surface air temperatures to sea ice melt and permafrost loss.

With each passing year, the report cards have become more dire, depicting a region that is moving into a totally new regime as sea ice melts, air temperatures warm, and the once permanently frozen ground gives way. The report is the product of 85 scientists from 12 different countries.

The 2017 Arctic Report Card, released Tuesday at the annual meeting of the American Geophysical Union in New Orleans, is no exception, with scientists warning that the magnitude and the pace of the 21st Century plunge in sea ice extent as well as the amount of ocean surface warming is unprecedented in at least the past 1,500 years.

High-resolution Arctic paleo-reconstructions, based on 45 different “proxy” indicators, such as tree rings, sediment cores, and ancient air bubbles trapped in ice cores, permit scientists to trace sea ice extent back well before there were satellites monitoring the region.

“The Arctic shows no signs of returning to the reliably frozen state it was in just a few decades ago,” said Jeremy Mathis, who leads the Arctic program for the National Oceanic and Atmospheric Administration (NOAA).

“The Arctic is going through the most unprecedented transition in human history,” Mathis said. He explained that everyone in the U.S. and the rest of the Northern Hemisphere has a stake in what happens in the far north.

“We want every single American to know… these changes will impact all of our lives,” he added, citing climate refugees, extreme weather events, and higher food prices that have potential links to rapid Arctic climate change. Mathis said modeling studies increasingly show that there are links between sea ice loss in the Arctic, which changes the amount of heat and moisture in the air there, and extreme weather events that affect the U.S. and Europe, though he cautioned this research is not yet definitive.

According to the report, the Arctic had its second-warmest year on record in 2017, with an average annual air temperatures of 2.9 degrees Fahrenheit above the 1981 to 2010 average. Temperature data for the region dates back to 1900.

Sea ice extent, which peaks in late winter, didn’t have much of a recovery after summer melting. The winter ice maximum was the lowest on record since satellite measurements began in 1979, the report says.

However, even with the sea ice entering the melt season in a precarious position, a relatively cool summer prevented Arctic sea ice from setting another record summer minimum, and also slowed Greenland melting, at least for a short time.

According to Emily Osborne, a report coauthor with the NOAA Arctic Research Program, 10 of the lowest sea ice minimums have occurred in the past 11 years.

Many scientists think the Arctic Ocean will be ice-free during the summer months within the next few decades, likely before 2050. One sign of this is that one-year-old ice, which melts easily, made up 79 percent of the Arctic sea ice in 2017, the report found. Older, thicker, multiyear ice comprised just 21 percent of the 2017 sea ice cover, compared to more than twice that in 1985.

Osborne cited data from 45 different indicators of sea ice extent dating back 1,500 years, such as tree rings and other so-called “proxy data,” showing that the recent plunge in sea ice extent is “unprecedented in the last 1500 years and likely longer.”

The Arctic is warming at twice the rate of the rest of the globe, largely because of a process known as Arctic amplification. Through this process, warming air and sea temperatures melt sea ice, which exposes darker ocean waters to incoming sunlight. Since the ocean waters are less reflective than the ice, they absorb more heat, thereby warming the sea and air, and then, well, melting more ice.

In addition to this inherent feedback process in the region, there has been an increase in the amount of heat being transported into the Arctic Ocean from both the Pacific and the Atlantic Oceans, scientists said.

The loss of sea ice cover and increased exposure to sunlight has led to a boost in algae blooms and other biological activity in the marine food web, which could have profound implications for marine species.

There is also a growing concern regarding the melting of permanently frozen soil ringing the Arctic, known as permafrost.

As this melting occurs, more greenhouse gases are emitted, including methane, which is a shorter-lived but more powerful greenhouse gas than carbon dioxide. This represents a positive feedback loop that could yield substantially more global warming, depending how much and how quickly permafrost melts.

For now, Vladimir Romanovsky, a researcher at the University of Alaska at Fairbanks, said that in 2016, the majority of Arctic observing sites reported their highest permafrost temperatures on record, with the highest readings in Svalbard, Norway, as well as the Alaskan and Canadian Arctic.

One of the more remarkable aspects about the 2017 Arctic Report Card is that it came out at all. The Trump administration has been deleting climate change references from federal websites, reassigning climate scientists at some government agencies, and preventing scientists from speaking about climate change in public forums.

However, so far at least, NOAA has been relatively sheltered from this interference.  “The public should have high confidence in us,” said acting NOAA director Rear Admiral Tim Gallaudet, who pointed out that NOAA continues to research and report on climate science, including with this comprehensive Arctic summary.

Gallaudet said he has briefed the White House Office of Science and Technology Policy (OSTP) on the findings of the report.

“The White House is addressing it, acknowledging it, and factoring it into its agenda,” he said.

President Donald Trump is the first president in decades to go this long without a science advisor, who would head up OSTP and brief the president on the report’s findings.