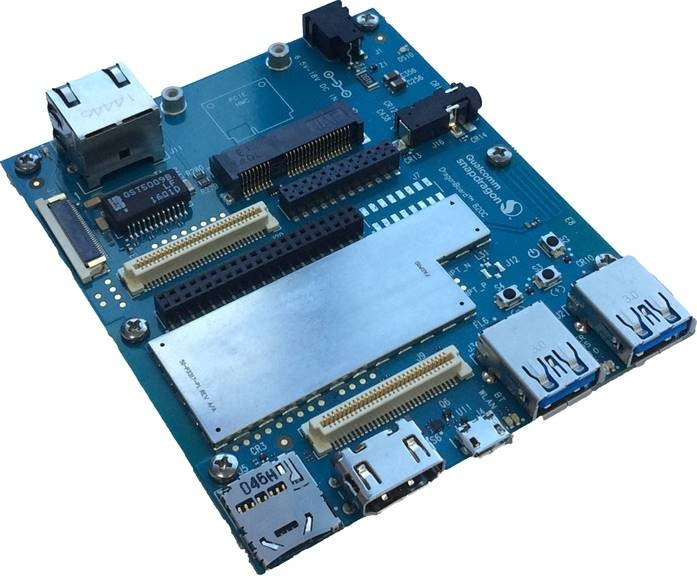 When you think of Qualcomm these days, chances are you are either thinking about Broadcom’s hostile attempts to buy the company or its mobile chips, which power most Android-based smartphones. Chances are we’ll hear quite a bit more about the former in the near future, but beside mobile chips, Qualcomm has also spent the last few years on bringing its chips to a wider range of platforms. Indeed, it’s now selling more than a million chips per day for IoT solutions.

Today, it’s extending this ecosystem with the launch of a new embedded platform for IoT edge applications that rounds out the company’s IoT offerings with low- and mid-tier chips.

The new Snapdragon 820E platform provides the kind of computing power that you would expect from modern smartphones. Like with its mobile chips, the 800 designation highlights that this is a premium product. Until now, Qualcomm’s embedded systems centered around the 410E and 600E embedded platforms. Those are not going away, but for solutions where computing power at the edge matters, chances are that most developers will now opt for the more powerful and fully featured 820E platform.

As Qualcomm Director of Product Management Leon Farasati told me ahead of today’s announcement, the company tends to take its mobile chips and then bring those advances to its embedded systems. That means a system like the 820E will feature a 64-bit ARMv8 quad-core Kyro CPU, for example, with build-in 3D graphics support thanks to an Adreno 530 GPU. It’ll also feature a Qualcomm Hexagon 680 signal processor for media playback and image processing in drones and robots, for example. In addition, the platform offers the usual Bluetooth/WiFi connectivity and optional GPS support, as well as multi-channel audio.

What’s maybe even more interesting, though, is that Qualcomm has also partnered with Arrow Electronics to launch a new development board for developers (the DragonBoard 820c). The board is compatible with the open 96Boards specs, so the board will be able to work with plenty of accessories right from the start.

As Farasati noted, most IoT developers don’t need the latest and greatest chips (though they surely appreciate them), but they do want to know that the platform they are building on will be supported in the long run.High-end smartphone chips have a lifespan of maybe a year or two, but in that time, a manufacturer has maybe gone from prototyping to being ready to manufacturing an IoT product. Arrow, however, says that it will support the 820c board for ten years.

While the 820E platform is mostly meant for startups and OEMs who want to fast-track the development of their embedded devices, the DragonBoard will also likely appeal to hobbyists and students. With the DragonBoard 410c, Qualcomm already offers a similar solution, though without the same amount of processing power as the flagship 820c board. Students have used that platform to build machine learning-enabled canes and voice-controlled virtual assistants that live in small 3D-printed houses, for example.