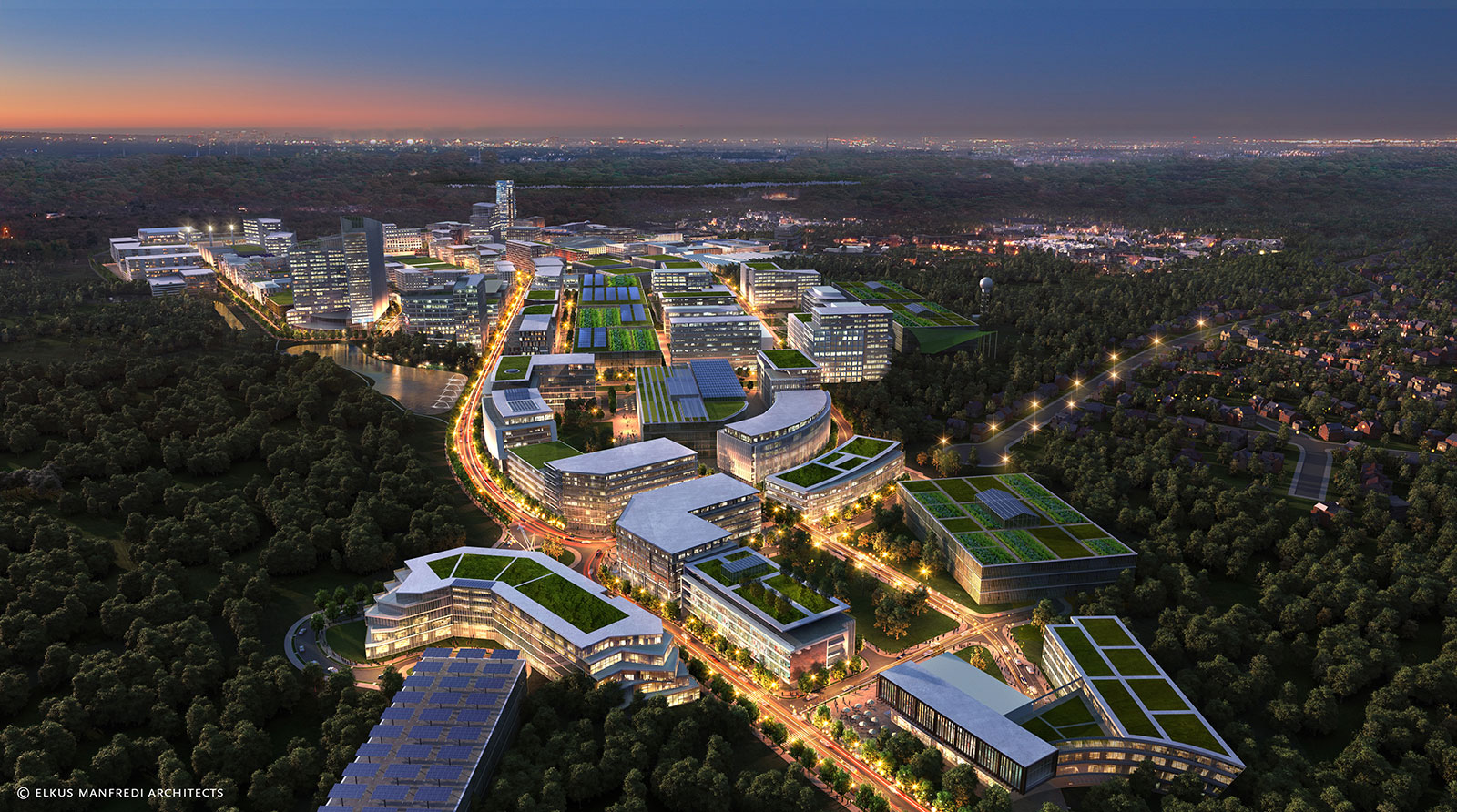 Sustainable cities are a hot topic among government leaders and policymakers worldwide. Cities everywhere are struggling with exploding populations as more and more people move to urban settings. The United States has 10 cities with populations of more than one million. China has 116 and that number is growing fast. Many world cities were built long before the automobile and the computer and are woefully unprepared for the challenge of supporting more people.

Urban planners are faced with a welter of challenges from traffic management to air pollution. Where will the water come from for all those people? How will their waste products be disposed of? What about quality of life considerations and healthy living standards? Somewhere on that list, urban planners have to consider the impact their cities will have on the environment, as nations strive to meet the carbon reduction goals agreed to at the Paris climate accords in 2015.

Part of creating sustainable cities involves using the internet of things to help smooth the flow of people, goods, and services. Sensors embedded into water distribution systems can help manage how water is used, minimize the energy needed to run pumping stations, and detect where leaks are occurring. Other sensors inside trash containers can notify managers which need emptying and which do not, making trash collection more efficient. Traffic flow monitors can help manage traffic lights to keep cars and trucks flowing smoothly. Computers could reroute traffic around obstructions automatically.

Sidewalk Labs, a subsidiary of Google/Alphabet, is working with 16 cities in North America to help them integrate computer technology into their infrastructure. The idea is to promote efficiency and thus lower the total amount of power needed to keep the cities humming. It also will prepare the way for the autonomous taxis and ride-hailing services that will be arriving shortly.

From Abandoned Navy Base To Sustainability Laboratory

An abandoned naval air station south of Boston, Massachusetts, is the site of an experiment in how to build the sustainable cities of the future. Known as Union Point, it is a 1,400 acre parcel of land that overlaps three nearby towns. LStar Ventures is the developer, creating a new city from the ground up with Elkus Manfredi Architects, Sasaki, and global engineering and design firm Arup.

“While cities are having to retrofit themselves to accommodate things like electric vehicles, the cool thing about building a city from the ground up is that we can think about this stuff now,” says Cameron Thomson of Arup, the design and engineering firm responsible for the sustainability aspects of Union Point, based on a masterplan created by Elkus Manfredi Architects and Sasaki.

Energy efficiency is baked into all new buildings planned for Union Point. All commercial structures will meet LEED Gold or Platinum standards. Internet of things technology will be included to monitor and control all mechanical and electrical systems for heating, ventilation, and air conditioning equipment. LED lighting will be used exclusively inside and out. The buildings themselves will be networked together to minimize the total electrical needs of the commercial part of the city.

By focusing on sustainability, Union Point hopes to become a magnet for businesses looking for new home for new corporate homes — a place where their employees can live and work in a healthy environment. LStar also hopes to draw high-tech companies whose leaders are enticed by its focus on sustainable living. For those who need to commute to Boston, a rail line is already in place that provide access to the city in as little as 20 minutes.

A Focus On Renewable Energy

Renewable energy will play a big role in providing electrical energy to the new city. Rooftop solar will be installed on most of Union Point’s downtown buildings and a solar farm will be constructed nearby. Grid-scale battery storage technology will be utilized as the costs decrease over time. “The project has come at a perfect time because a lot of the necessary technologies are becoming affordable and readily available,” Thomson says. The goal is to make Union Point a zero-emissions city by 2050, with solar and wind power being predominant in the energy mix.

Meanwhile, LStar Ventures is working with National Grid to make the electricity available from the local grid cleaner. Massachusetts, like many other jurisdictions, is looking at transitioning to 100% renewable energy by mid-century, something researchers told the COP 23 climate summit in Bonn this week is achievable worldwide.

Plans call for 4,000 residential units and 10 million square feet of commercial space. Rooftop farms will provide local restaurants with some of their produce. Beside green public spaces within the community, Union Point will be surrounded by 1,000 acres of green habitat with 50 miles of hiking and bike trails. Although the first commercial buildings will be finished by the end of 2018, the entire project is expected to cost $5 billion and take 15 years to complete. There are already 500 homes in the Union Point community that were built by the prior developer, which exited the project in 2015 and sold its holdings to LStar.

Sustainable Cities Are Coming, But Slowly

Sustainable cities are a work in progress. The lessons learned from the Union Point project will help other communities meet their sustainable cities goals faster and more economically. Ngai Yin Yip, assistant professor at Columbia University’s Department of Earth and Environmental Engineering, tells The Huffington Post that weaning ourselves from fossil fuels will be a long and often painful process. “It’s a huge gap we’re probably not going to be able to close in one leap,” he says.

He adds that Union Point’s gradual approach makes the most sense. “We still have a lot of lessons to learn about how we build our cities so that they are truly sustainable, so that they can achieve a near zero carbon footprint. And these lessons a lot of times might need to be learned the hard way.”

Political considerations can help or hinder that effort. In the three towns surrounding Union Point — Weymouth, Abington, and Rockland — local officials have agreed to work cooperatively with LStar Ventures to accomplish the goals it has set. All three have agreed to expedite the approval process for new buildings within the planned community, in part because of the promise of new jobs in the area. Amazon is considering Union Point for its new US headquarters as is Dutch robotics manufacturer ProDrive. “We all know this could be an economic dynamo for the region,” said Allan Chiocca, the town administrator for Rockland.