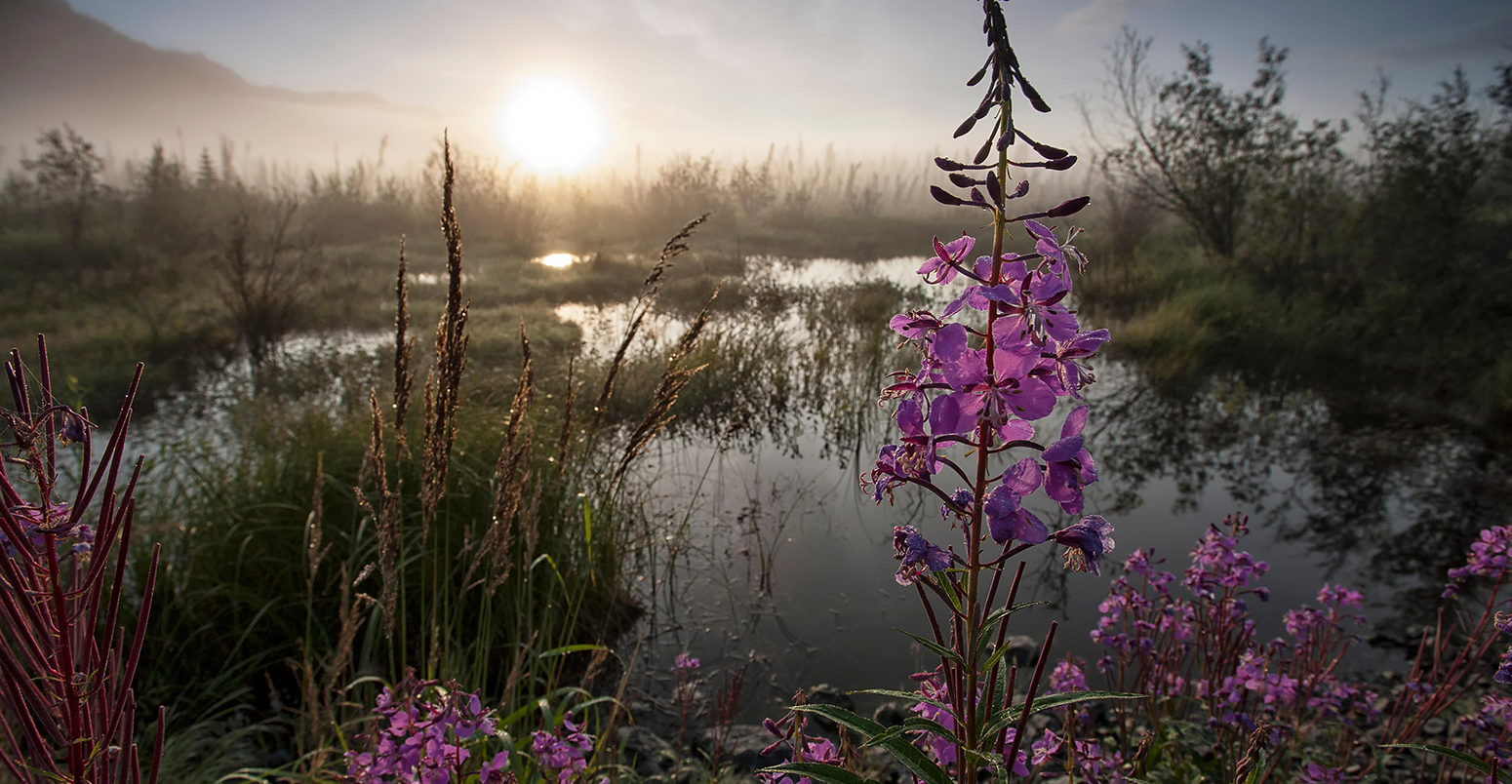 Emissions of CO2 and methane from wetlands and thawing permafrost as the climate warms could cut the “carbon budget” for the Paris Agreement temperature limits by around five years, a new study says.

These natural processes are “positive feedbacks” – so called because they release more greenhouse gases as global temperatures rise, thus reinforcing the warming. They have previously not been represented in carbon budget estimates as they are not included in most climate models, the researchers say.

The findings suggest that human-caused emissions will need to be cut by an additional 20% in order to meet the Paris Agreement’s 1.5C or 2C limits, the researchers estimate.

‘Engines for turning CO2 into methane’

Over the last year or so, there has been a flurry of new carbon budget studies – using slightly different approaches to estimate how much CO2 we can emit and still hold global temperature rise to no more than 1.5C or 2C above pre-industrial levels.

(Carbon Brief summarised all the 1.5C budgets in a recent analysis piece.)

Many of these studies use global climate models to make their estimates. However, there are some processes which affect the climate that are not yet incorporated into these models.

The new study, published in Nature Geoscience, aims to fill that gap. It focuses on two processes on the land surface: thawing permafrost and natural wetlands.

These are both positive feedbacks for the climate because, as they respond to rising temperatures, they cause the release of more greenhouse gases into the atmosphere.

Permafrost is the name given to soil that has been frozen for at least two years. It is predominantly found in the northern hemisphere – stretching across northern reaches of Russia, Canada and Alaska.

These soils hold a huge amount of carbon, accumulated from dead plants and animals over thousands of years. Rising temperatures put this carbon at risk of being released, explains Dr Chris Jones, head of the earth system and mitigation science team at the Met Office Hadley Centre. Jones is not an author on the new study, but his team was involved closely in the work. He tells Carbon Brief:

“While [permafrost] is frozen, it is inert. As it thaws, this carbon is vulnerable to decomposition – like any other soil carbon. Depending on whether it is waterlogged or not this can be emitted to the atmosphere as CO2 or methane.”

How much is released as CO2 and how much as methane is still uncertain, and is an active area of research. Methane is a potent greenhouse gas – approximately 26 times more powerful than CO2 at trapping heat in the atmosphere, although it only lasts for around a decade in the atmosphere.

In natural wetlands, plants absorb CO2 from the atmosphere as they grow. But, because they are waterlogged, when the plants decompose they release methane, rather than CO2. This makes wetlands “effectively engines for turning CO2 into methane”, says Jones.

In the Amazon, for example, flooded forests actually release methane through the trees themselves.

“As [the climate] warms, the local decomposition rate increases. Also, as rainfall changes, we may see increased or decreased areas of wetlands. This varies regionally and, again, is a large uncertainty across climate models. Finally, a direct effect of increased CO2 in the atmosphere is to increase the growth rate of the vegetation and, hence, increase the amount of CO2 being turned into methane.”

The study is the first to bring all these factors together, he notes.

With permafrost, for example, “this not only improves our estimates of the carbon stored in soils at high latitudes, but also allows us to estimate how much of this soil will be lost as the permafrost regions thaw”, Comyn-Platt tells Carbon Brief.

To estimate carbon budgets, the researchers use an “inverted” form of the model. This means, rather than plugging in pathways of future greenhouse gas emissions and seeing how global temperatures respond, the researchers input pathways of global temperature rise and use the model to estimate the corresponding levels of greenhouse gases in the atmosphere.

The study looks at three scenarios of future global warming: holding temperature rise at 1.5C and 2C, and one where warming “overshoots” 1.5C, reaches 1.75C, then returns to 1.5C.

In their “control” model runs with no permafrost or wetland feedbacks, the researchers estimate the 1.5C budget at 720bn-929bn tonnes of CO2 from the beginning of 2018 – equivalent to 20-25 years of emissions at current rates.

This is slightly higher than some recent budgets because the JULES model tends to simulate a large amount of carbon uptake from the land surface, explains Comyn-Platt, freeing up space for more CO2 emissions in the budget.

The researchers then used the model to simulate the response of permafrost and natural wetlands to climate change. When the additional CO2 and methane emissions are incorporated, the available carbon budget shrinks substantially – falling to 533bn-753bn tonnes of CO2 for 1.5C, or 14-20 years of emissions.

That means accounting for the impacts of permafrost and wetlands takes around five years off the 1.5C budget. And, as the table below shows, the budgets for the 1.5C overshoot and 2C scenarios are similarly reduced.

Table shows remaining carbon budget (from 2018 to 2100) for three temperature pathways for the “control”  (left) and “feedbacks included” (right) scenarios. Carbon budgets are shown as tonnes of CO2 and as total years of emissions (based on 2017 global emissions). Table adapted from Comyn-Platt et al. (2018)

This “nice work” shows that even if we were to get net emissions to zero in the next few decades, emissions would need to fall further in order to stabilise temperatures at 1.5C or 2C, says Prof Piers Forster, professor of physical climate change at the University of Leeds and director of the Priestley International Centre for Climate. He tells Carbon Brief:

“The extra carbon released from thawing permafrost and warming wetlands would continue beyond the date of net-zero emissions and this would need to be countered for in order to consider carbon budgets applicable for 2100 and beyond.”

The study also highlights the constant evolution in the complexity of climate models, says Jones, with new model components being developed and run separately before being incorporated into global models.

The graphic below shows how new components have been added to global climate models over time.

In this case, the wetland model “scheme” will be shortly be brought into UKESM1 – the UK Earth System Model run by the Met Office Hadley Centre and partners, says Jones. And the permafrost scheme “will follow in due course”.