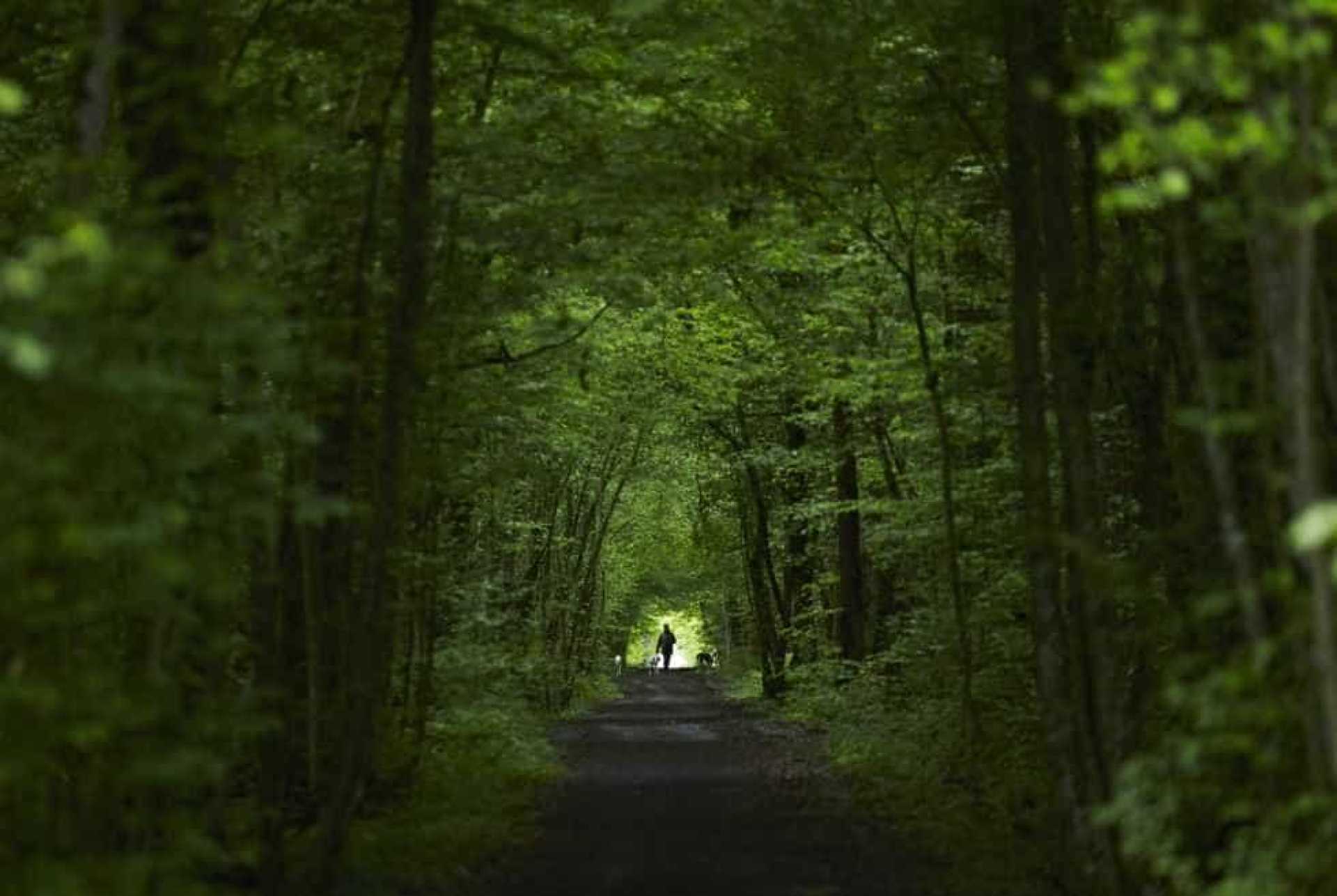 A green lung in the city’s northeastern suburbs.

With its car bans, huge transit expansion, and radical pedestrianization plans, Paris has been developing quite a name for itself recently as an aggressive fighter against urban air pollution. For its next major assault on bad air, however, the metro area is proposing to deploy an ancient weapon: trees. In fact, it would be using one million of them.

These trees would be planted as part of what could yet be this century’s grandest urban and suburban re-greening projects: the creation of a new forest north of the city limits that, at its final 1,350 hectare (5.2 square mile) extent, will be five times the size of New York’s Central Park.

The plan to plant a new forest on the plain at Pierrelaye-Bessancourt, on Paris’ northeastern urban periphery, has actually been around for over 15 years, but has been delayed by ongoing debates about the best use for the already part-urbanized area. This year, political representatives from the département (a territorial division somewhere between a U.S. state and a county) have conclusively thrown their weight behind the transformative project.

Allotting so much space to non-taxpaying trees in one of the most desirable, economically active, and heavily developed parts of the world might seem incredible (even if forest visitors could bring economic benefits with them) but the area marked for planting has a checkered and unsalubrious history that makes it somewhat unique.
By mid-century, a highly motivated squirrel could leap branch-to-branch from the Chateau of Versailles to the Chateau of Chantilly, 30 miles away.

For over a century, the plain, which stretches between bends in the rivers Seine and Oise, has been quite literally inundated with Paris’ filth. From 1896 onwards, the city of Paris sprayed its sewage residue across the fields here, where it went to fertilize fields and market gardens. If the only thing in Paris’ waste had been human feces, this might have been a gross-but-effective technique, but tests in the 1990s revealed that the soil had in fact become heavily polluted with heavy metals. Cultivation ceased immediately on 350 hectares (865 acres) of the plain, while the remaining fields were mainly limited to growing grain for animal feed. Even now, the area works as a kind of unofficial dumping ground for urban trash, with some spots strewn with abandoned cars and sofas. The Paris region has some pretty corners, but it’s safe to say that this isn’t one of them.

Covering the dirtier areas with pollutant-absorbent trees such as birch and oak would ultimately do much to clean the soil, although some pockets might be kept off limits. The rest of the space, meanwhile, would be transformed into a broad woodland crisscrossed with trails and bridleways. Functioning as both an carbon sink and as a noise and pollution screen against the highways that thread through the area, the forest would still be far more than the sum of its parts. That’s because it lies in the gap between two ancient forests couched on the higher ground—the forests of Saint Germain-en-Laye and Montmorency. When mature, the new woods would provide a forest carpet linking these two woodlands and the banks of the River Seine and the River Oise, creating a seamless, protected habitat for plants and wildlife.

Working beyond the initial proposal, it would then take relatively little extra planting to connect this new forest zone with the huge Oise National Park in the northwest and all the way down to the Forest of Rambouillet, creating a dense green shield around half of Paris’ edge. By the middle of this century, it could well be possible for a highly motivated squirrel to leap branch-to-branch from the Chateau of Versailles to the Chateau of Chantilly without once touching the ground—a distance of roughly 30 miles.

While it’s easy to be delighted with the plan, the road ahead is still long and far from obstacle-free. Until recently, one of those obstacles has been the city of Paris itself, which owns a little under a third of the site (even though it is beyond the city’s official limits) and wanted to keep its parcel as a landfill site. Paris may be the largest landowner but it’s far from the only one. There are in fact 4,000 privately owned land parcels on the plain, and the exact owners of each parcel are not immediately clear.

Furthermore, the area has thousands of unofficial residents: Up to 1,500 trailers and caravans are squatting on the land, often inhabited by travellers because they have so few other legal options available. Getting approval for the plan will thus require a full public enquiry (and a decent deal for the area’s current occupants), a process that would be followed by the issuing of compulsory purchase orders from 2019 onwards. Add to that the 30 to 50 years the forest will need to reach maturity and you’re looking at a very long haul indeed.

That’s only to be expected. Such an ambitious scheme to green the heart of France is never going to be easy—but that certainly doesn’t mean it isn’t worth the effort.