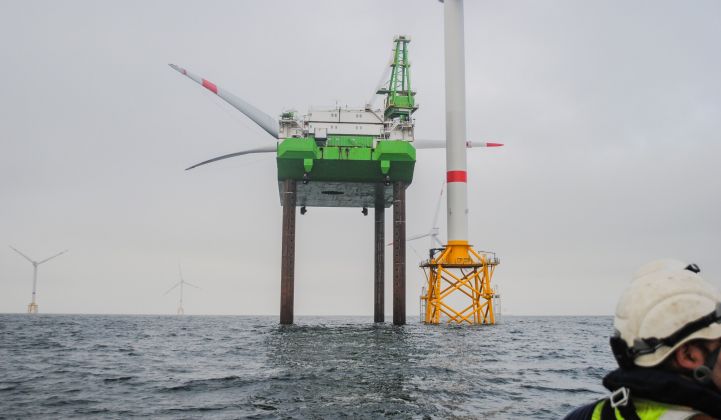 Rising load factors, heightened developer competition, and the prospect of expanding electrification are all playing a role.

The U.K. notched up its lowest offshore wind prices to date, with the results of Friday’s tender putting prices as low as $50 megawatt-hour. SSE, Innogy and Equinor were among the biggest winners.

The scaling up and improvement of turbine technology rightly receives a lot of the plaudits, but Peter Brun, head of the global offshore wind segment at DNV GL, points to several overlooked contributing factors to offshore wind’s rapid price decline.

A recent study, commissioned by the U.K. government and carried out by DNV GL, noted that load factors for offshore wind have the potential to creep beyond 50 percent, which Brun said impacts the levelized cost of electricity “immensely.”

On current forecasts, wholesale price will be 35 percent higher than the agreed strike prices by the time the blades start turning. For now, the projects winning out on Friday are being considered subsidy-free. Even the bean counters in the U.K. government have budgeted zero pounds for them.

“If the assumptions are right, the wholesale price will be stable and the equipment prices will continue to fall. But we’re still at the start of a period of electrification in all sectors…and I think that is also kicking up interest in the power market,” said Brun.

“External investors will have their own view on electricity prices going forward,” Brun added. “They have to look at what returns they can get from assets, and the fact is that renewable energy infrastructure represents very stable returns over long time periods, which is extremely attractive to the investment markets. There are not many other assets that represent that kind of potential.”

As demand for power ramps up from the anticipated electrification of heat, transport and industry, more players will look to enter the market, driving competitiveness in the sector. Brun thinks some developers, old and new alike, are bidding aggressively to gain a foothold.

“What we’re seeing in these [European] auctions is high levels of interest from new players. We’re seeing the full effects of the open market and of competition. There could be some players looking to be a bit bolder in order to secure a position in that particular market or [an incumbent trying] to increase an existing stake in a volume market.”

As it stands, the CFD system is split into categories of “mature” and “immature” technologies, with onshore wind and solar being placed in the former category. Auctions have been suspended for mature technologies.

Offshore wind continues to compete as an emerging technology, but that label is losing credibility.

Writing in response to the auction, James Brabben, wholesale manager at Cornwall Insight, suggested the government might need to reconsider that categorization.

“The government may want to consider if the grouping of technologies in future auctions should be reviewed,” Brabben wrote. Germany has just removed the shackles for onshore wind and solar as part of its poorly received 2030 climate plan.

The situation in the U.K. is complicated by ongoing legal proceedings against the government and its “favorable” treatment of offshore wind. Legal details aside, Brun considers offshore wind all grown up.

“I would regard offshore wind technology as mature these days. What has happened in the industry in the last 10-15 years has been a total game-changer. [But] offshore wind is still the little brother of the wind technologies, 4 GW installed compared to more than 50 GW, so not even 10%.”