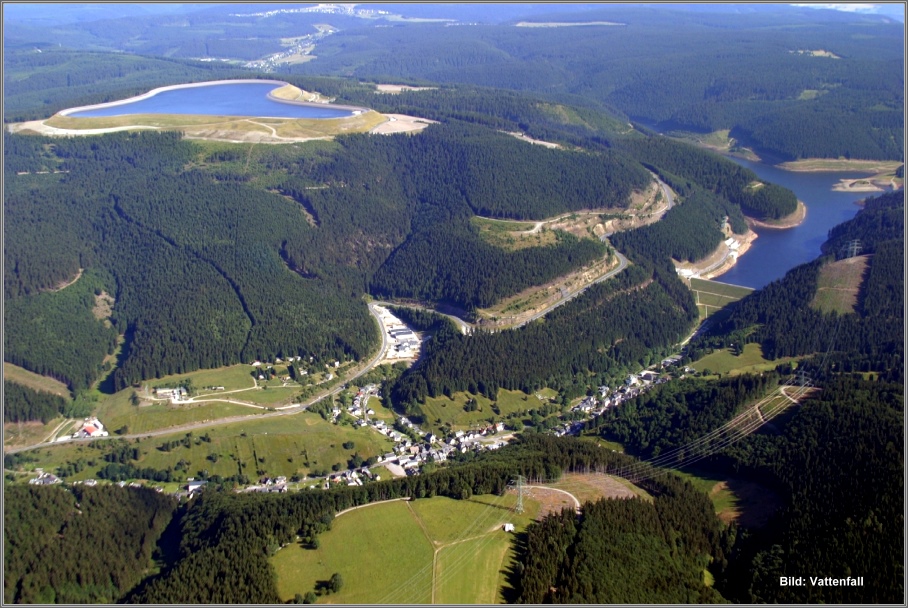 In the last couple of years, there has been a growing a number of news articles and blog posts published about energy storage, particularly in the form of battery systems. This interest is very reasonable and the news is exciting because these systems can fill in wind power and solar power electricity production gaps. In many places, they could replace gas-powered peaker plants. The costs have gotten that low for renewables + storage. This has actually been the case in some places since 2016, but the story keeps getting better and the solution is competitive in more and more locations practically by the day. (In fact, this was the key topic of the podcast we just published.)

“New research suggests that solar power and battery energy storage are now competitive with natural gas peaker plants due to falling costs. The research focuses on specific markets in the USA but forecasts that 10 GW of natural gas peaker plants could be taken offline by 2027. Other, more aggressive predictions say 2020 could be the year,” one energy storage journalist nicely summarized the latest news.

Tesla’s huge battery system in Australia has also generated some buzz. The system went up considerably quicker than Elon Musk promised, has been working as imagined, and has even been influencing prices in the region. It was the largest lithium-ion battery storage to be implemented anywhere in the world, but it’ll likely be average within a few years.

Energy storage in the form of battery systems can be integrated for greater energy security, for grid support, and to be installed in places where pumped hydro isn’t feasible.

However, it appears as though pumped hydro storage is being overlooked with all the hype about batteries. It still has huge potential to help balance clean, renewable energy. In fact, all the discourse about battery storage seems to be supporting the idea that this form of storage is going to solve clean energy intermittency issues, but there are gaps in what batteries can provide, so let’s take a look at pumped hydro so we can see just how large a factor it could become.

In Australia, there are apparently about 22,000 potential pumped hydro energy storage sites — more than enough to cover the country’s needs. “PHES can readily be developed to balance the grid with any amount of solar and wind power, all the way up to 100%, as ageing coal-fired power stations close.”

We see clearly that, in this case, no giant energy storage breakthrough is needed to transition Australia to a majority renewable share, and perhaps eventually reach 100% renewables.

As mentioned previously, energy storage is very important to fill in the lulls in solar and wind power. One advantage pumped hydro storage has it that is has been operating for many decades, so it is an established technology with a  tremendous capacity.

In the US, there isn’t as much pumped hydro potential as in Australia, but it can still play a big role. A study published on Energy.gov found it could help support a goal of reaching 80% renewable energy in the US. “At present, there are about 50 proposed projects that could add more than 40 GW of new storage capacity. There is also interest in upgrading existing fixed-speed units to adjustable speed technology. It is very difficult to estimate the need for energy storage in the future power grid, but one recent study indicates that more than 100 GW of energy storage will be deployed in a future scenario for 2050 with 80 percent renewable energy.”

A US Department of Energy (DOE) report published several years ago found pumped storage could help balance renewables when they achieve a 45% national share. “But between 2030 and 2050, the study foresees solar and wind rising to a 45% US grid penetration, driving the development of a remarkable 35.5 GW of new PSH to balance the variable generation.”

As one project example, Dominion Energy is looking into the development of a $1.8 billion dollar pumped hydro facility in Virginia. It already operates one in Bath County that can reportedly provide electricity up to 750,000 homes. (Of course, this is just one project and a very many more will be required.)

Where will it come from? It appears that Germany has the potential to develop what it needs to achieve such goals — “a recent study by the Rheinisch-Westfälische Technische Hochschule (RWTH) Aachen University and Voith indicates there is potential to add to nearly 24 GW of new pumped-storage capacity in the states of Baden-Württemberg and Thuringia.” So, pumped storage looks like it should play quite a role in helping Germany move away from coal and nuclear power.

China has been growing its renewable energy presence quickly and pumped hydro has been expanding as well. In fact, this huge nation has about 26,000 MW of pumped hydro storage capacity. One source mentioned that China could reach 70 GW of pumped storage by 2020. “Total capacity in China is expected to reach 350 GW of pure hydropower and 70 GW of pumped storage by 2020.” (The quote is at the bottom of page 7.) One pumped hydro project under construction in China is expected to have a capacity of 3,600 MW when completed and made operational.

India is another massively populous country which is increasing its renewable energy share. Fortunately, it has been reported that it has about 90 GW of pumped storage potential.

What about the UK, where a lot of our readers reside? Well, it has pumped storage potential too. “Across the UK there are hundreds of potential pumped hydro sites, with the low-hanging fruit adding up to around 50 GWh. According to QBC’s Holmes, these are mainly in Scotland and Wales due to topography.”

There are so many countries around the world with pumped hydro potential, they can’t all be written about in one brief article. This situation brings up the question: What is the potential capacity of pumped hydro worldwide? “Globally, there is potential for about 1000 GW of pumped storage capacity, equal to about half of all realistic hydropower potential (Taylor, 2007),” according to one source. It also states that, currently, the world’s pumped hydro capacity is about 90 GW. So, there’s a lot of room to grow.

Solar & Wind Can Work Together

It’s the ability to integrate with solar and wind power that makes energy storage critical to the process of transitioning away from over-reliance on fossil fuels.

Unfortunately, there seems to be an idea floating around that solar and wind power are in competition with one another. If you look at some online articles about them, you see things like, “solar vs. wind power,” almost as if they are in conflict.

Solar power and wind power actually work very well together. This is something we highlighted back in 2012 and 2013, if not earlier. From the former article: “Wind and solar, on their own, each have wonderful qualities, qualities that make them the two most popular electricity choices and that make them two of the cleanest. However, something that I think doesn’t get nearly enough attention is that solar and wind complement each other greatly.

Solar energy and wind energy peak at different times. Offshore wind is an especially good match because it peaks later in the day than solar, after the hot sunshine has soaked into the earth and stimulated a breeze offshore, but while electricity demand is still peaking.

Additionally, when they are located together, there are a number of benefits. An Australian hybrid wind-solar project resulted in a lower installation cost, “By building the Gullen Solar Farm adjacent to the existing wind project, Frischknecht estimates savings as high as A$6 million — reducing the cost of the project by a full 20 percent.” They are just more efficient together in many locations.

Also, using the two together with a microgrid in an isolated area like an island can reduce the need for energy storage in the form of battery systems, which add considerable costs. Some energy storage may still be necessary, but less is needed when both wind and solar are used, rather than only wind or only solar.

Another benefit is that some wind power sites also have good solar power resources, so solar power can be added to an existing renewable energy site, which can take advantage of the site’s grid connections and approvals. In Australia, for example, a study found that there may be about 1,000 MW of solar power potential at local wind farms.

The point of all this information should be clear: sometimes it is easy to get caught up in a simplistic one-big-solution perspective. Energy storage is critically important, but it isn’t all going to come from battery systems, and it isn’t necessary for it all to come from one source. We have plenty of pumped hydro storage potential to develop in conjunction with battery systems. These two forms of energy storage can complement one another well.

It would be remiss not to mention thermal storage because it has been used effectively when combined with solar power technology as well. We’ve recently covered notable progress in molten salt storage for concentrated solar power plants, including in Australia, the United States, and the Middle East — and it’s starting to get cost-competitive.

Another form of thermal storage supports air conditioners on large buildings to reduce electricity consumption. Solar hot water heaters also reduce energy consumption because they only use sunlight to keep water hot enough for residential use. “Some 95%, or two million households, use SWH in Israel.” China has also invested significantly in solar water heating.

To sum up, we have pieces of the energy storage puzzle available to utilize right now, and they are often cost-competitive. It is not necessary to wait for a battery miracle in order to proceed with the installation of more renewables.