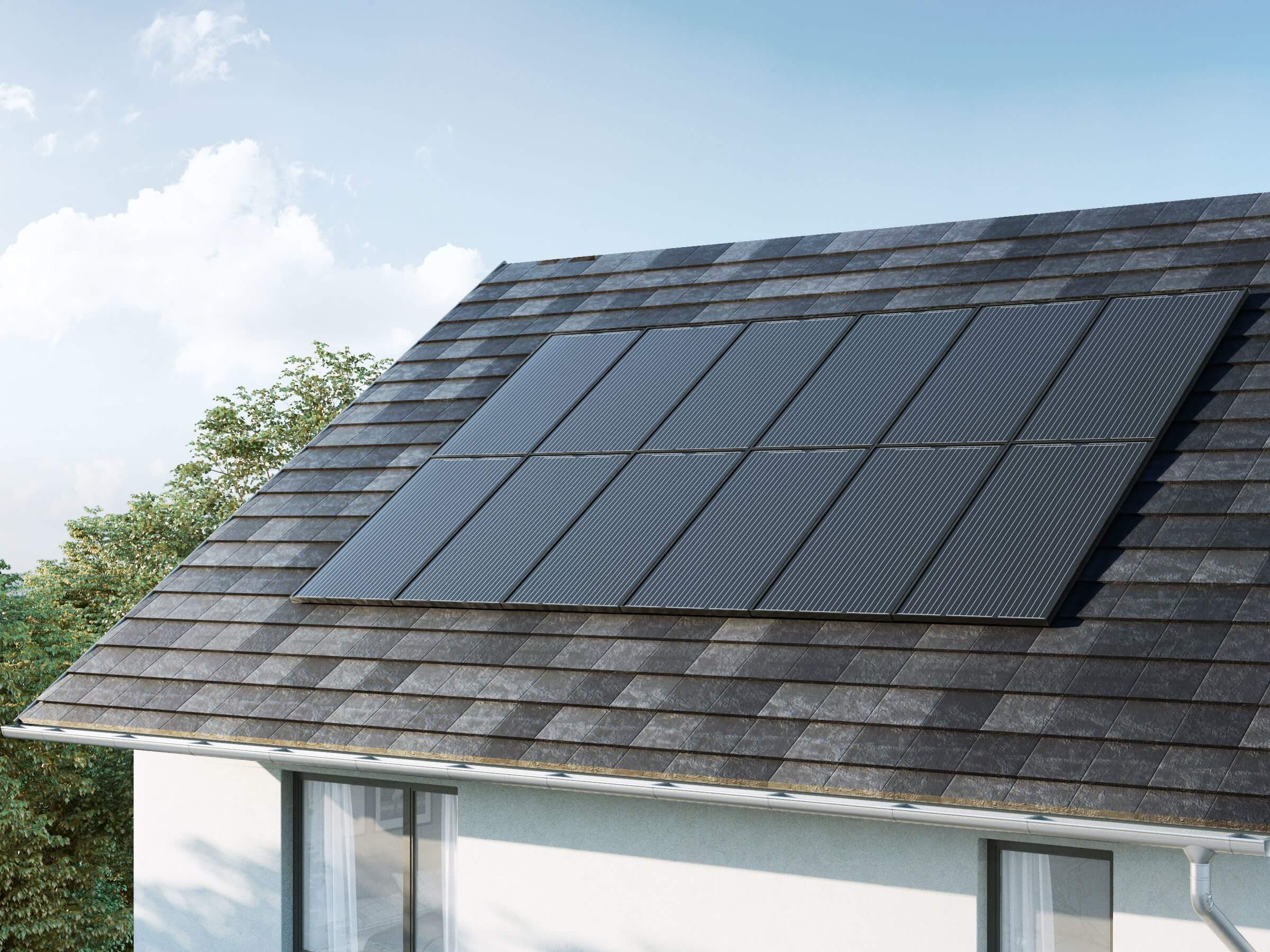 GIVEN THE WEATHER in the United Kingdom—that cloudy, foggy, drizzly country—it doesn’t seem like the best place to launch a business that revolves around solar power. But this is where the builder of the world’s best-selling electric car just started selling Nissan Energy Solar, a generation-to-acceleration scheme that equips customers with roof-mounted panels and a battery to store some of the electricity they generate. If they drive a Leaf, or Nissan’s e-NV200 electric van, they can combine the whole process and drive from Scotland to Wales to wherever, guilt-free, fog lights on, windshield wipers whisking away.

Despite the weather, solar works well in the UK. Panels can do their thing even with indirect sunlight, and the country’s northerly position makes for 16 hours of daytime during the summer. Nearly a million people there already use solar panels, according to Nissan. Adding batteries to the mix will help them stay powered up even when the weather turns, well, normal. “It enables UK homeowners to make significant savings on their household electricity bills, and become champions of sustainability and green technology,” says Gareth Dunsmore, electric vehicle director for Nissan Europe.

If this sounds familiar, it’s because Nissan is biting at Tesla’sheels. A decade after CEO Elon Musk said he wanted to offer zero emission power generation options, Tesla acquired Solar City. Now, its customers can buy an entire clean energy stack: roof panels, a Powerwall home battery, and of course, a car. (Tesla also created a sleek design for solar panels that look like a normal roof, and that does away with that ugly flat black glass look.)

Nissan says its all-in-one system will start at $5,200 for six solar panels, or $10,300 for panels and a 4-kWh battery, including installation. Customers can choose between a brand new battery, or a “second-life” pack made from cells that have been retired from electric vehicles but remain good enough for the more gentle demands of daily storage. Tesla’s powerwall, which can store 13.5 kWh, costs $5,900, but installation is extra.

While Nissan’s solar scheme is only available in the UK for now, it’s easy to see how this sort of setup could improve life in the US. According to the Environmental Protection Agency, 28 percent of greenhouse gases came from transportation in 2016, and 28 percent from electricity. Get more people to combine renewable energy with zero emission driving, and you can start to chip away at more than half of US emissions.

An average US household uses around 30 kWh of electricity per day, so these batteries aren’t meant to take you off the grid or keep you Netflixing through a lengthy power outage. The smaller systems are designed to smooth out the peaks in electricity demand, storing solar generated power during the day for use in the evening, when the sun goes down and the lights, TV, and stove go on.

This kind of local storage takes some of the pressure off over-taxed electricity grids. It also pairs well with the time of use tariffs providers in the US and UK are starting to introduce, where rates vary with demand—climbing at peak time, but lowering overnight. Instead of paying more at peak times, just draw power from the battery your solar panels spent the day filling up. And when prices drop overnight, tap into the grid to charge up your EV. Nissan is also experimenting with the idea of making use of the large battery in electric cars (40 kWh in the Leaf) to power homes, which, with smart controls to maintain adequate driving range, could provide an even more integrated infrastructure solution.

Other solar panel companies offer home batteries, but it makes sense for automakers to jump into this game. They’re increasingly the biggest global customers for batteries, and can control supply chains and prices. Tesla has taken on projects in Australia, Puerto Rico, and Belgium, where racks of batteries help balance demand across the entire grid and reduce the use of natural gas power plants when demand spikes.

For now, Nissan’s has no firm plans to bring the system to the US, but a spokesperson says “we’re always looking at ways to bring new, interesting technology to our customers here”. And these products are still niche, without a proven market. BMW has has been quiet recently about a plan it once promoted to sell recycled i3 car batteries. Mercedes-Benz reportedly pulled out of the home energy storage market completely, which in 2016 it said it wanted to develop along with electric cars.

Even if this energy business thing doesn’t work out, automakers are eager to tout their green credentials. Displaying shiny solar panels alongside sparkly vehicles in showrooms is a nice way to do that. And if the EV market does pick up as fast as they’re predicting, inserting themselves into the power supply business could secure them a place in a very sunny future.