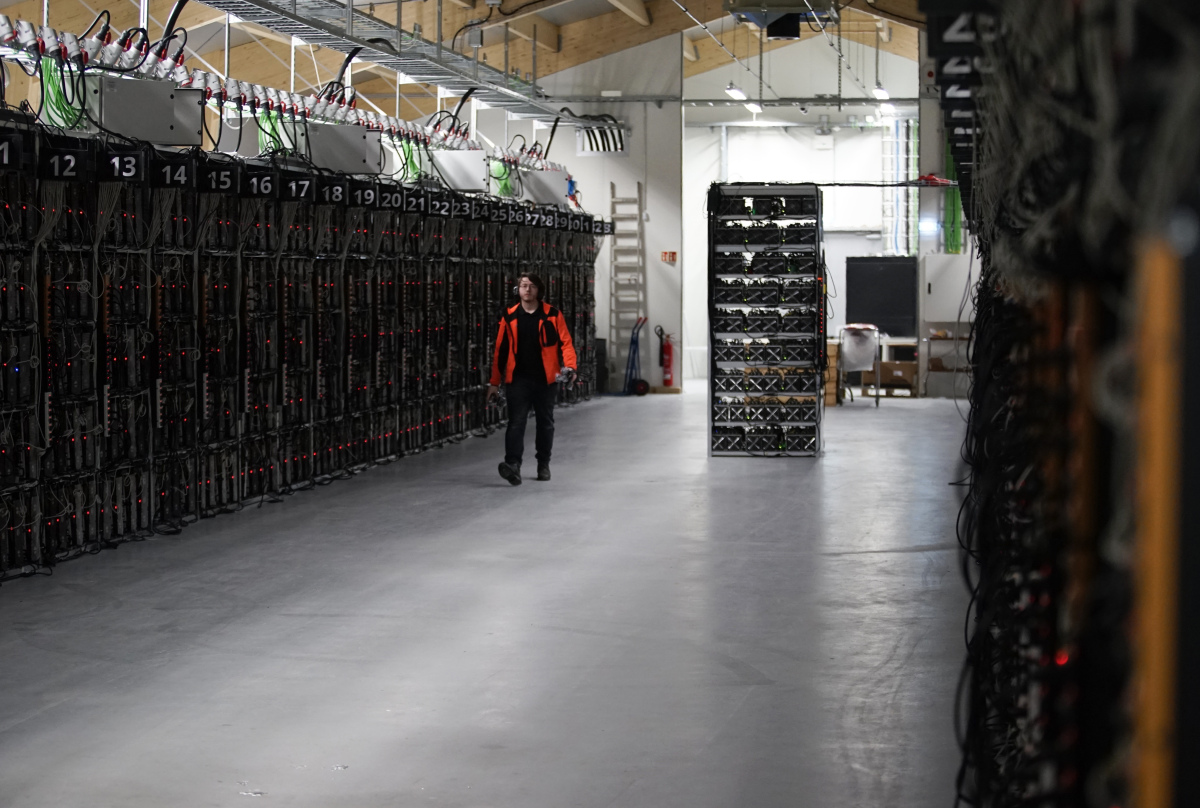 Move over, Bitcoin bros: A green cryptocurrency is here

To say that the cryptocurrency known as Bitcoin eats a lot of energy is an understatement. If Bitcoin were a country (praise be to the libertarian god that it’s not), it would be the 39th most energy-intensive place in the world, running on a similar amount of power to Austria.

What’s even worse, as Grist recently reported, is that Bitcoin’s energy consumption is growing at an unholy 20 percent per month, putting it on pace to consume the equivalent to the total power generated by all of the planet’s solar panels by the end of next year.

“Bitcoin has a big problem, and it is growing fast,” wrote Alex de Vries of PwC’s Experience Center in the Netherlands this spring in the journal Joule.

In response, green-minded geeks have launched a batch of competing cryptocurrencies that take aim at the seemingly insatiable source of energy consumption that comes with Bitcoin mining, the proof-of-work system.

Some of the entrants, like SolarCoin and EnergyCoin, are designed to spur construction of new solar farms. Most also use different, vastly less energy-intensive computation methods in generating their coins. But that energy savings comes at the expense of Bitcoin’s distributed governance system, which is designed to ensure the security of its transactions — anathema to libertarians.

One of the most promising appears to be Bitcoin Green, designed to solve the “problematic exponential increase in energy consumed by Bitcoin,” according to a 15-page manifesto posted on the cryptocurrency’s website. In its launch videoposted to Twitter last month, Bitcoin Green calls Bitcoin “an existential threat to our beautiful planet.”

To the Bitcoin bros, those are fightin’ words.

“The fact is that the Bitcoin protocol, right now, is providing a $200,000 bounty every 10 minutes (the Bitcoin mining reward) to the person who can find the cheapest energy on the planet,” wrote Peter Van Valkenburgh, director of research at Coin Center, a cryptocurrency advocacy nonprofit. “Got cheap green power? Bitcoin could make building more of it well worth your time.”

On the first point, the bros are right. In general, Bitcoin miners are setting up their warehouses of number-crunching machines in places where electricity is the cheapest and cooling costs are low. Think near massive hydropower facilities in secluded regions of China, Canada, and Norway. In sparsely-populated Iceland, a country entirely powered by geothermal wells and hydropower dams, the electricity demand for Bitcoin mining will surpass the total combined electricity use of every Icelandic home at some point later this year.

Of course, using renewable energy isn’t the same thing as saving energy, and Bitcoin is already using a significant share of the world’s cheapest renewable electricity (it’s impossible to know exactly how much). And that’s to run a computing power-intensive financial record-keeping system that is painfully slow, with transactions that are 10,000 times less efficient than VISA.

So what about the argument that Bitcoin’s soaring demand for electricity has led to more renewable energy projects? Even if newly built renewables powered all the world’s Bitcoin mines, it’s still a silly way to use zero-carbon electricity. We need lower emissions to stop climate change, and financial systems that require drastically more electricity production aren’t helping in that effort — even if they are mostly carbon neutral.

Bitcoin Green is different. First off, it’s an effort launched partly in response to reporting by Grist and others on the high environmental cost of cryptocurrencies. And it seeks to develop a more energy-efficient alternative currency that’s faster, cheaper, and more scalable than Bitcoin. If Bitcoin were designed from scratch to fulfill its supporters’ dreams of it becoming the world’s universal currency, this might be what it would look like.

The innovation of Bitcoin Green is that it abandons Bitcoin’s wasteful “proof-of-work” mining strategy. Instead of computers randomly guessing the answers to ever-more complex and arbitrary math problems, Bitcoin Green grows by reversing the incentive structure — so big miners are encouraged to make the entire system more efficient, not less. It’s a concept called “proof-of-stake”.

If the entire Bitcoin universe switched over to proof-of-stake strategy tomorrow, its energy consumption would fall ten thousand-fold, making it about one thousand times cheaper to operate. Transactions would be hundreds of times faster, too.

The revolution here is that, unlike the inherently competitive proof-of-work, proof-of-stake requires participants to cooperate. To borrow a boxing analogy, if Bitcoin is an unceasing, ever-escalating zero-sum brawl, Bitcoin Green is a group of people with a common purpose standing in a circle and holding hands. Bitcoin Green participants are rewarded just for entering the ring — no fighting required.

“Proof-of-stake democratizes the mining process by allowing anyone to mine without the need to purchase expensive hardware, facilities, or technicians,” wrote Daoud Schelling, a spokesperson for Bitcoin Green, in an email to Grist. “Proof-of-stake also consumes effectively no energy, and significantly reduces the carbon footprint of blockchain networks.”

The newcomers have a steep climb to knock out the reigning champ. Bitcoin thrives on its growth-based competitive model, and the economics ensure that upstarts are not going to be able to beat it at its own game. And the recent collapse in cryptocurrency prices has encouraged miners to double down on Bitcoin, despite its obvious flaws. That’s taken precious attention and investment away from Bitcoin Green and its merry band of challengers. SolarCoin, the biggest of the bunch, has a total valuation of about $6 million (which is more than 90 percent below its all-time high earlier this year). It’s less than one-hundredth of 1 percent the value of Bitcoin.

“Although right now the odds are not in our favor, we believe it is only a matter of time before proof-of-work energy consumption becomes so egregious that people will begin to more aggressively seek out sustainable solutions,” Bitcoin Green’s Schelling said.

That’s the kind of hope that propels cryptocurrency true believers, like Johnnie Chamberlin, a science advisor for Boid.com, which uses blockchain technology to improve access to distributed scientific computing. “I got into cryptocurrency because of its potential to do good,” Chamberlin told Grist, noting that by expanding access to financial services, scaling up renewable energy, and stabilizing volatile currencies, the underlying technology of cryptocurrencies “has the power to help billions of people.” And the advent of proof-of-stake could be exactly what is needed to realize that potential.

“Cryptocurrencies are not static — they are constantly evolving,” Chamberlin said. “Just because Bitcoin is an energy hog today, doesn’t mean it, or crypto in general, will be in the future.”

It’s taken humans about 10,000 years from the birth of agriculture to bulldoze nature and build all the roads, cities, power lines, and factories that form the foundation of human society. It’s taken us just 50 years or so, since the invention of the computer, to create things like Bitcoin — technologies that don’t physically exist but still have potentially catastrophic real-world ecological costs. Unless the efforts to provide a reasonable alternative gain enough traction to take down Bitcoin, the leading cryptocurrency will further encourage exploitation of renewable energy resources for purposes other than lighting and heating homes.

Rather than trying to repurpose the entire world’s real-life renewable energy resources to feed the insatiable Bitcoin beast, it’s time to think about investing the money we already have in ways to use energy more efficiently — or in some cases, not at all.