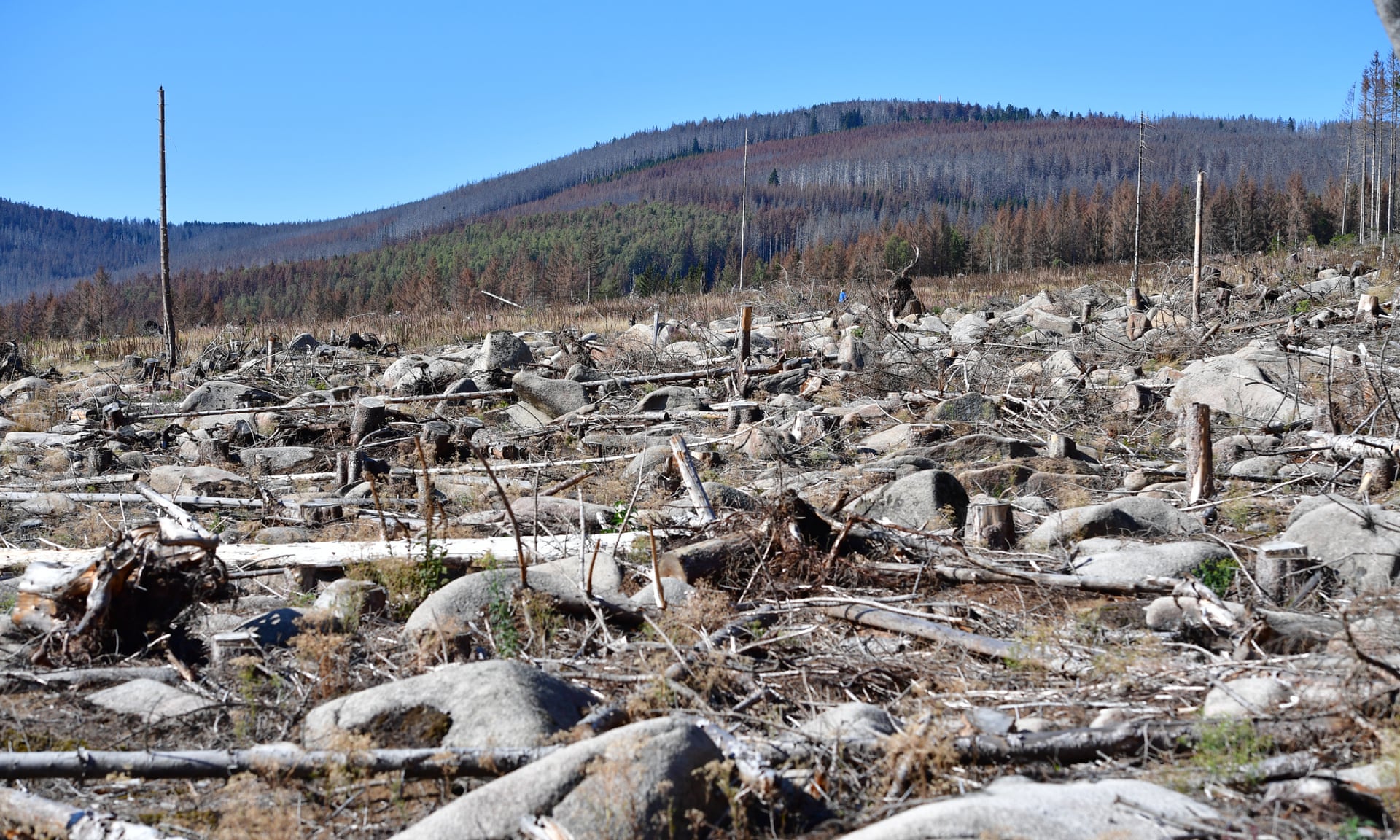 Angela Merkel’s government has promised more than half a billion euros to revitalise the country’s crisis-hit forests in the fight against climate change.

A third of Germany’s landmass is covered in woodland, and forests play an important role in the country’s national folklore, from the fairy tales of the Brothers Grimm to the poems of Johann Wolfgang von Goethe.

But a combination of storms, drought, forest fires and aggressively spreading bark beetle plagues have so far this year destroyed swathes of German forest equivalent to more than 250,000 football fields, forcing the government to convene an emergency “forest summit”, held on Wednesday in Berlin.

“Every missing tree is a missing comrade-in-arms against climate change,” agriculture minister Julia Klöckner said ahead of the gathering of around 170 organisations representing both environmental groups and industry. “Whatever we don’t reforest today, our grandchildren will, of course, miss.”

In the face of the numerous challenges, Germany’s federal government has announced making available €547mover the next four years to remove dead trees and plant new ones, with state contributions boosting the emergency fund to €800m. The defence minister and CDU leader, Annegret Kramp-Karrenbauer, has pledged the military’s help with the effort.

Representatives of the country’s influential forestry industry – employing some 720,000 people, almost as many as the car sector – have already warned the funds won’t be enough to replace the forest that has been lost.

Umbrella organisation AGDW, representing forest owners and forestry workers, has called for direct investments of €2.3bn, as well as a new tax on industrial pollution that would help to subsidise forests at €125 a year per hectare of forest.

“Those who pollute our environment with dirt have to pay for it, and those who receive the dirt should be financially compensated in turn”, forest owner Ferdinand Graf von Westerholt told broadcaster ZDF. “That’s the solution.”

But even how the funds already made available can be used has become a divisive issue between landowner and environmentalists. The forestry industry proposes replanting areas of destroyed forest with some non-native species that are more suited to a drier and hotter climate, such as the Japanese larch, the North American Douglas fir or the northern red oak.

Environmental groups warn this could have a devastating impact on local wildlife, which could struggle to adapt to the new environment.

Hubert Weiger, chair of the German branch of Friends of the Earth said cash should be injected on “public money for public services” principle: “Taxpayers’ money should only be spent to build up natural broad-leaved deciduous forests made up of native species”.