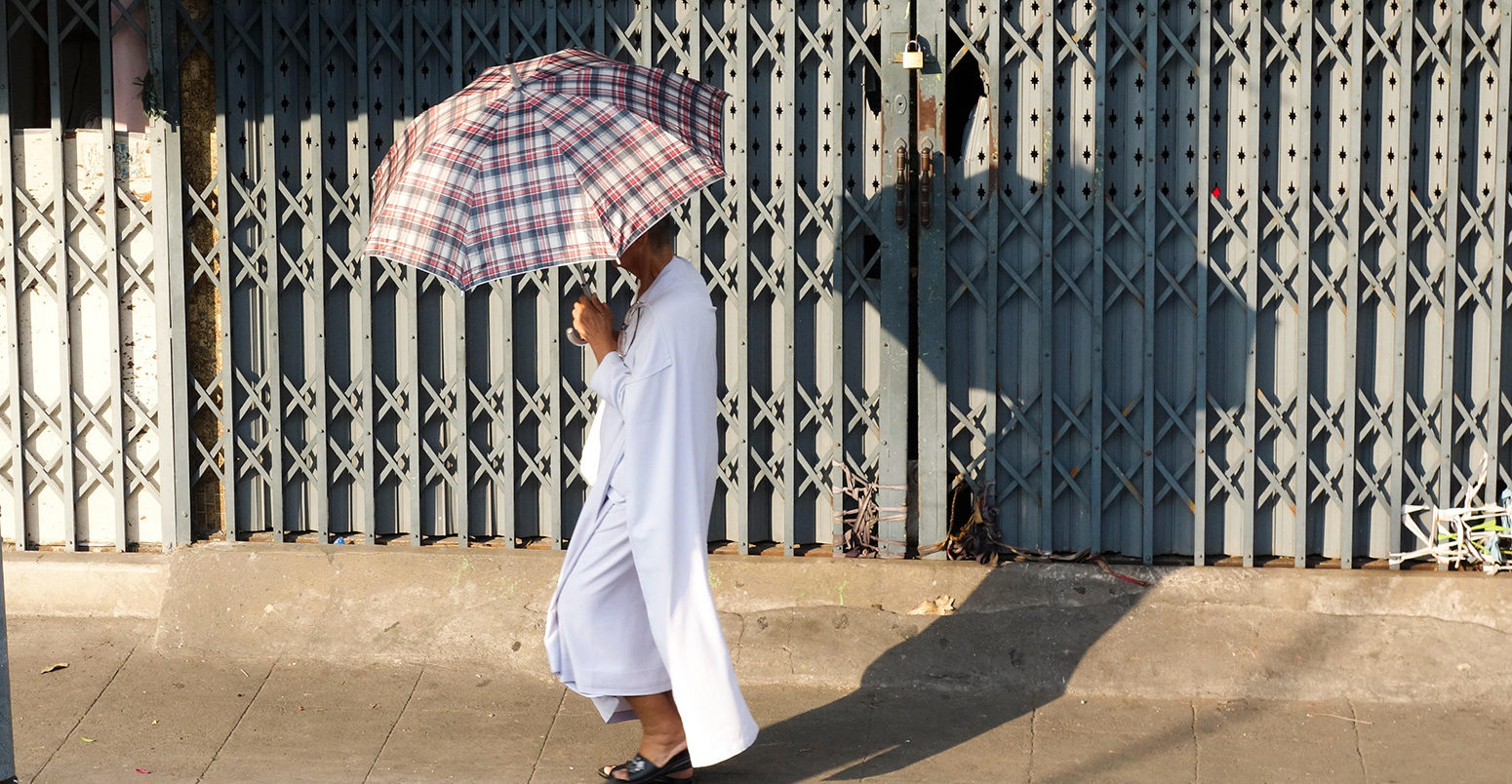 Restricting global warming to 2C above pre-industrial levels would prevent large increases in temperature-related deaths across much of the globe, a new study finds.

And keeping warming to 1.5C – the aspirational target of the Paris Agreement – would further limit the number of people dying from temperature extremes in some parts of the world, including in southeast Asia and southern Europe.

However, in some countries with a cooler climate, such as the UK, Ireland and Japan, overall temperature-related deaths would be higher at 1.5C of warming than 2C. This is because the additional 0.5C of warming is expected to bring a bigger drop in winter deaths than the increase in deaths in hot summers, the researchers say.

The findings – which draw on data taken from 451 locations in 23 countries – show that, overall, taking steps to meet the 1.5C limit could prevent “a hell of a lot of people” from dying as a result of temperature extremes in tropical countries, a study author tells Carbon Brief.

Climate change is likely to increase both the frequency and severity of heatwaves – such as this summer’s record-breaking run of hot weather, research shows.

During a heatwave, the number of “heat-related deaths” – whereby exposure to heat either causes or significantly contributes to a death – tends to increase. For example, research shows that, during a heatwave, the risk of death from a heart attack is higher. Heatwaves are also associated with increased rates of suicide.

However, research also suggests that, as temperatures warm, numbers of “cold-related” deaths – which are caused by exposure to cold weather and winter illnesses – could decrease in some regions. Whether or not this “cold effect” could partially offset the expected rise in heat-related deaths has long been debated by scientists.

The new study, published in Climatic Change Letters, seeks to solve this conundrum by comparing the expected number of heat- and cold-related deaths in 23 countries under different levels of global warming.

The results show that, in many world regions, the number of temperature-related deaths is expected to “significantly increase” – despite decreases in cold-related deaths – if warming is not limited to 2C. In their research paper, the authors say:

“Our results suggest that limiting warming below 2C could prevent large increases in temperature-related mortality in most regions worldwide.”

For some regions, limiting warming to 1.5C rather than 2C would further prevent a rise in temperature-related deaths, says study author Dr Dann Mitchell, a researcher in climate change and health from the University of Bristol. He tells Carbon Brief:

“One major point from the study is that southeast Asia is the region that will be most severely hit by a net increase in deaths under higher levels of warming. Vietnam, in particular, is expected to experience a 2% increase in net deaths under 2C of warming, rather than 1.5C. That 2% is going to be a hell of a lot of people.”

For the study, the researchers used data from the Multi-Country Multi-City Collaborative Research Network – which details the historical relationship between temperature and mortality in 451 locations across 23 countries.

This information was used to inform a set of global climate models – which produced projections of temperature-related mortality under 1.5C, 2C, 3C and 4C of global warming.

The models assumed that the current wealth and population of each country remained the same under future levels of global warming.

Under high levels of global warming, temperature-related mortality is likely to increase overall in many regions, the authors say:

“Under more extreme scenarios, most regions could experience considerably larger heat-mortality risks that would not be balanced by the projected decreases in cold-related excess mortality.”

For example, under 4C of warming, populations in southern parts of Europe and east Asia are projected to experience a 4-9% increase in heat-related deaths when compared to 1.5C.

However, when looking at the difference in temperature-related deaths between 1.5 and 2C, the picture is more “mixed”, the researchers say.

The results show how the number of temperature-related deaths in southeast Asia, such as the Philippines, Thailand and Vietnam, and in southern Europe, such as Italy and Spain, would be smaller under 1.5 than 2C.

The amount of regional warming is also important. For example, in Australia, the number of heat-related deaths is expected to be smaller than in other parts of Asia because temperature increases are expected to be milder, the researchers say.

In some cooler regions, including in the UK, Ireland and Japan, the net number of deaths is expected to be higher under 1.5 than 2C. This is because, in these regions, the additional 0.5C of warming reduces more cold-related deaths than it increases heat-related ones.

However, the suggestion that fewer people would die in milder winters “should be more tempered”, warns Dr Phil Staddon, a lecturer in ecology and environmental science at the Open University and a honorary research fellow in climate change and human health at the University of Exeter Medical School’s European Centre for Environment and Human Health. Staddon, who was not involved with the study, tells Carbon Brief:

“In particular, recent work has shown that there is little reason to conclude this for the UK, for example, as there is currently a very weak or non-existent relationship between how harsh a winter is and how many additional people die.”

Other factors, such as living standards and preparedness, tend to have a bigger influence on winter deaths than temperature, adds Staddon:

In their research paper, the authors also caution that many of their results come with a large degree of statistical uncertainty (shown with black lines on the chart). They write:

“We also observe a large uncertainty in our estimates, particularly those for the next impacts and more extreme scenarios.”

This uncertainty stems from variability in the climate models and a lack of data availability in some regions, they say.

Although not all regions would see fewer temperature-related deaths under 1.5C than 2C, this does not mean than 2C should be considered a “safe” temperature limit, the researchers say.

One reason for this is that some regions that are expected to be the most vulnerable to heat-related deaths, such as southeast Asia, are also the least likely to be able to adapt to climate change, the researchers say:

“These regions include the most populated areas worldwide and, in general, the most vulnerable to climate change, with a limited capacity for adaptation due to lack of infrastructural, financial and technological resources.”

In addition, comparing cold- and heat-related deaths may not give “the full picture” of how climate change will impact mortality, Mitchell says:

“Heat-related deaths tend to be very fast, caused by factors such as heart failure, or linked to social factors, such as suicide. On the other hand, cold-snaps lead to a very different sort of mortality. People who die from cold-related deaths can spend two to three weeks in hospital.”

“The next stage of our research will be to look at the two metrics separately.”