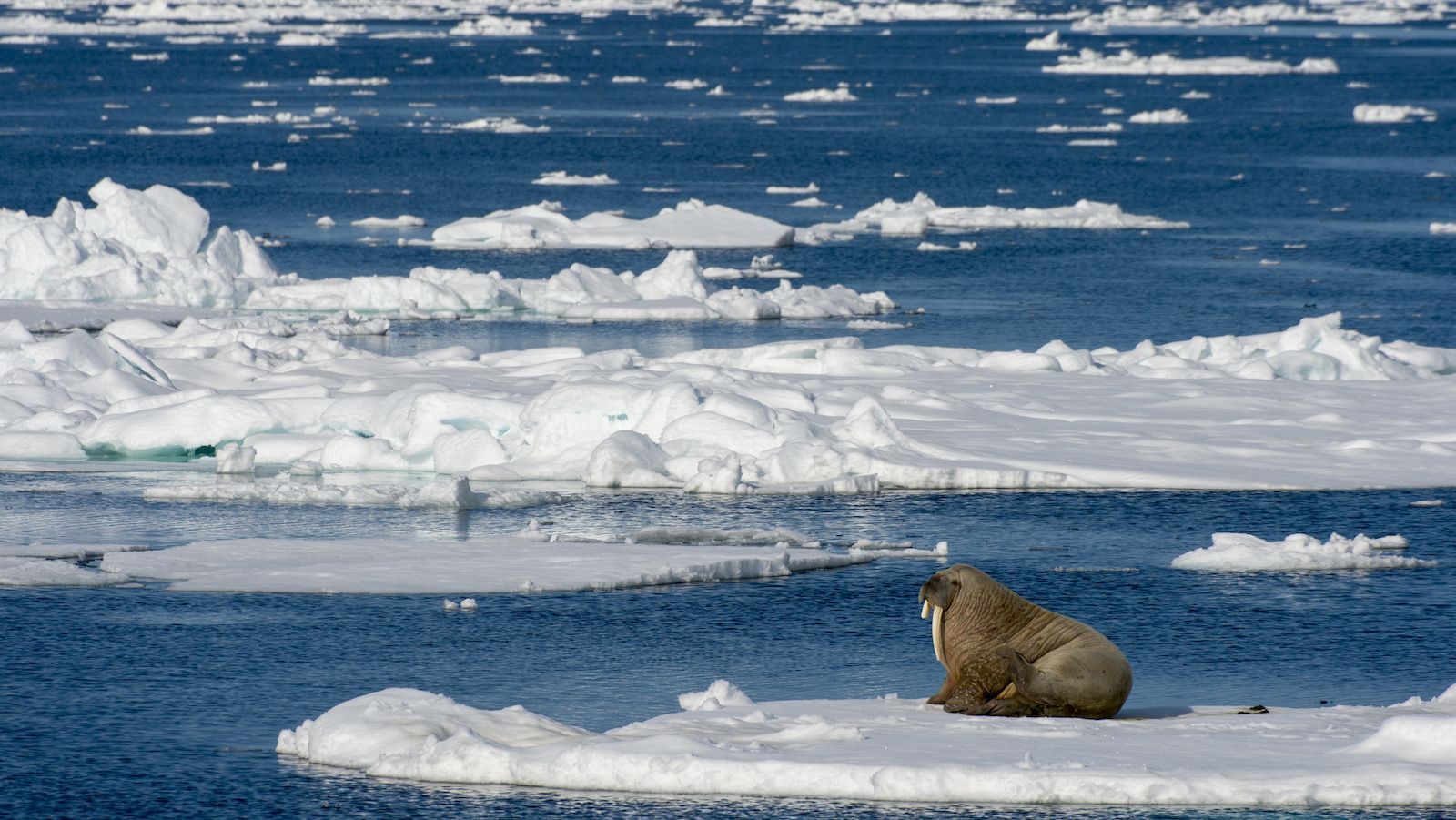 Let it go: The Arctic will never be frozen again

Last week, at a New Orleans conference center that once doubled as a storm shelter for thousands during Hurricane Katrina, a group of polar scientists made a startling declaration: The Arctic as we once knew it is no more.

The region is now definitively trending toward an ice-free state, the scientists said, with wide-ranging ramifications for ecosystems, national security, and the stability of the global climate system. It was a fitting venue for an eye-opening reminder that, on its current path, civilization is engaged in an existential gamble with the planet’s life-support system.

In an accompanying annual report on the Arctic’s health — titled “Arctic shows no sign of returning to reliably frozen region of recent past decades” — the National Oceanic and Atmospheric Administration, which oversees all official U.S. research in the region, coined a term: “New Arctic.”

Until roughly a decade or so ago, the region was holding up relatively well, despite warming at roughly twice the rate of the planet as a whole. But in recent years, it’s undergone an abrupt change, which now defines it. The Arctic is our glimpse of an Earth in flux, transforming into something that’s radically different from today.

At a press conference announcing the new assessment, acting NOAA Administrator Timothy Gallaudet emphasizes the “huge impact” these changes were having on everything from tourism to fisheries to worldwide weather patterns.

In an interview with NPR, marine scientist Jeremy Mathis, director of NOAA’s Arctic Program, went a step further. When it comes to the Arctic, Mathis said “there is no normal” anymore: “The environment is changing so quickly in such a short amount of time that we can’t quite get a handle on what this new state is going to look like.”

Using 1,500 years of natural records compiled from lake sediments, ice cores, and tree rings as context, the NOAA report says the Arctic is changing at a rate far beyond what’s occurred in the region for millennia.

“The rate of change is unprecedented in at least the last 1,500 years and probably going back even further than that,” Mathis said. “Not only are we seeing big changes, we’re seeing the pace of that change begin to increase.”

In the NOAA report, Arctic scientists lay out their best ideas of what this shift could mean for the world. Their depictions are sobering.

Take, for instance, the hypothesis of University of Alaska-Fairbanks permafrost scientist Vladimir Romanovsky: So far, 2017 has seen the highest permafrost temperatures in Alaska on record. If that warming continues at the current rate, widespread thawing could begin in as few as 10 years. The impact of such defrosting “will be very very severe,” Romanovsky says, and could include destruction of local infrastructure — like roads and buildings — throughout the Northern Hemisphere and the release of additional greenhouse gases that have been locked for generations in the ice.

The loss of sea ice is already having profound changes all the way down at the base of the Arctic food web. As more sunlight hits darkly-colored open water, more heat energy is retained, and temperatures are rising further. That’s kicking off what Mathis, of NOAA’s Arctic Program characterizes as “an almost runaway effect,” involving a lengthening of the growing season, a greening of the tundra, a surge in wildfires, and a boom in plankton growth. All that adds up to a wide-ranging disruption to patterns that Arctic natives have relied on for millennia.

The effects are being felt further afield, too. “We’re fairly confident now,” Mathis said, that the warming Arctic is “creating conditions where more extreme weather events are beginning to show up in North America.” For example, separate researchpublished earlier this month found a robust link between dwindling Arctic sea ice and an expanding risk of California drought.

The report’s urgent language begs the question: What concrete actions will a science-denying White House take as a result of this new information?

Acting NOAA Administrator Gallaudet said he personally presented the report at the White House last month, adding that Trump administration officials are “addressing it and acknowledging it and factoring it into their agenda.”

That the Arctic is now a relic of a time gone by — the first major part of the planet on a countdown clock — should shock us. It’s one of those facts that those of us who closely follow climate change knew was coming. And with its arrival, it is devastating in its totality.

The loss of the Old Arctic is as close as humanity has come so far to irreversibly transforming its planet into something fundamentally different than what has given rise to civilization over the past 10,000 years. This is a terrifying transition, and one worth mourning. But it’s also a reminder that our path as individuals and as a society is not fixed.

If the Arctic can change this quickly, then so must we.