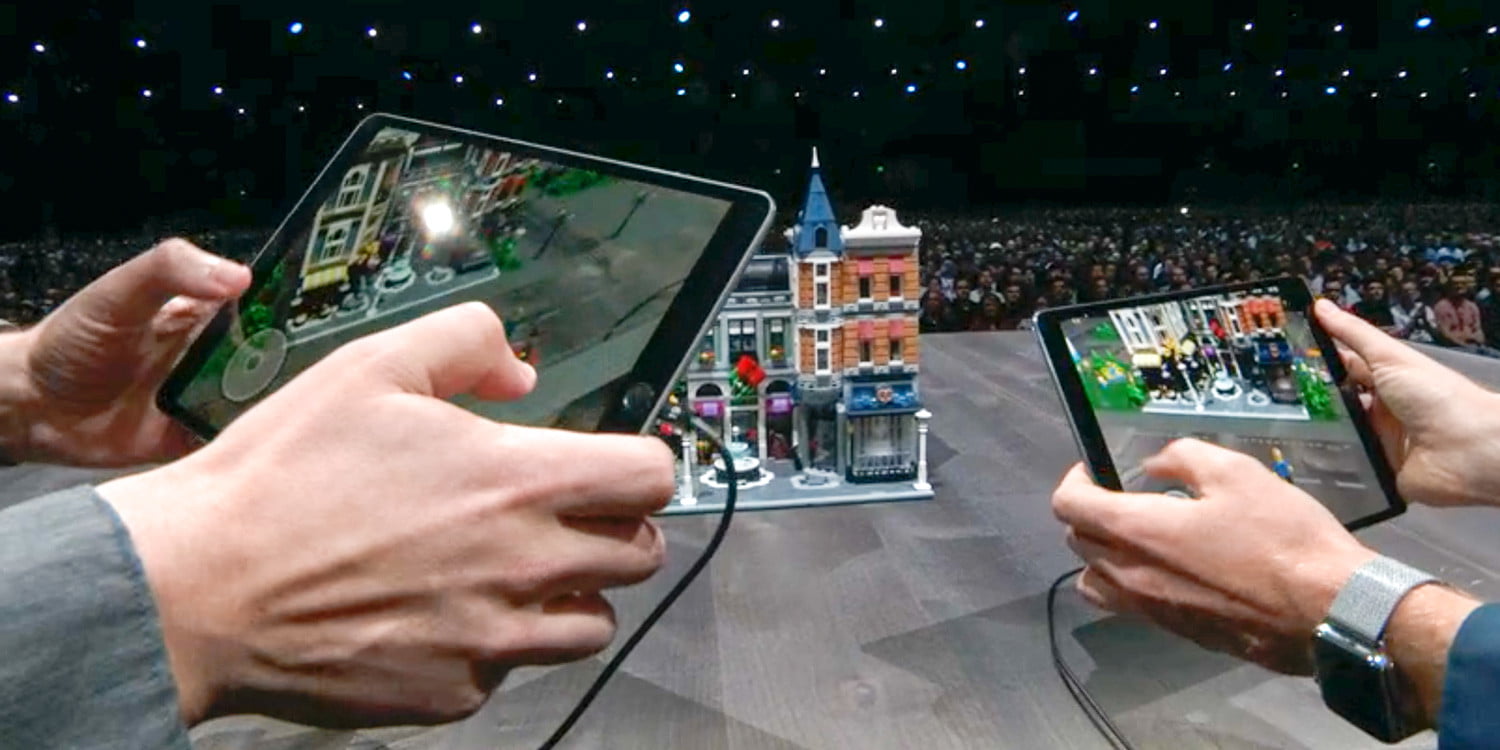 Lego already gives creative builders the chance to physically make something only limited by their own imagination, but now your playsets are going to look a whole lot cooler with the addition of Apple’s ARKit 2.0 technology. Lego has created a new augmented reality experience that supplements your physical Lego kits with virtual buildings, people, foliage, and vehicles.

During Apple’s WWDC 2018 presentation, Martin Sanders, Lego’s director of innovation, took the stage to show off how ARKit 2.0 can be used with physical Lego sets to create something even more impressive in augmented reality. With the help of Apple ARKit 2.0, Lego has created a new augmented reality experience that supplements your physical Lego kits with virtual buildings, people, foliage, and vehicles.

With the “Assembly Square” playset placed on a table in front of him, Sanders aimed at it with an iPad and, with the press of a button, created an entire town around the physical building on his screen. Other shops, sidewalks, and grass appeared, nearly indistinguishable from the physical set.

It’s made possible through the 3D object detection in the ARKit 2.0, which allows users to add additional foliage, buildings, people, or cars. Small icons visible above certain people and objects in the world even allow you to take part in missions. These can include situations that require urgent action, such as a building catching fire (with a firetruck, you can put out the inferno). During the WWDC stage demonstration, Sanders also rescued multiple trapped citizens from the roof of a building using a helicopter.

If you approach one of the buildings with your camera and attempt to peer inside, you’ll find the buildings bustling with activity. With a quick tap, you can even peel back the outside walls of multiple buildings to observe them like you would a dollhouse.

ARKit 2.0 allows up to four players to experience a Lego world at the same time, with the changes made by one player instantly visible on the others’ screens. When you’re done playing for the day, you can save all progress and tie it to your physical set, allowing you to start from the same point when you’re ready to play again.

“When we combine physical and digital together like this, it really opens up those creative play possibilities,” Sanders said.

Lego promises more AR experiences will be available in the App Store later this year. We’re crossing our fingers for something Harry Potter- or Star Wars-themed.