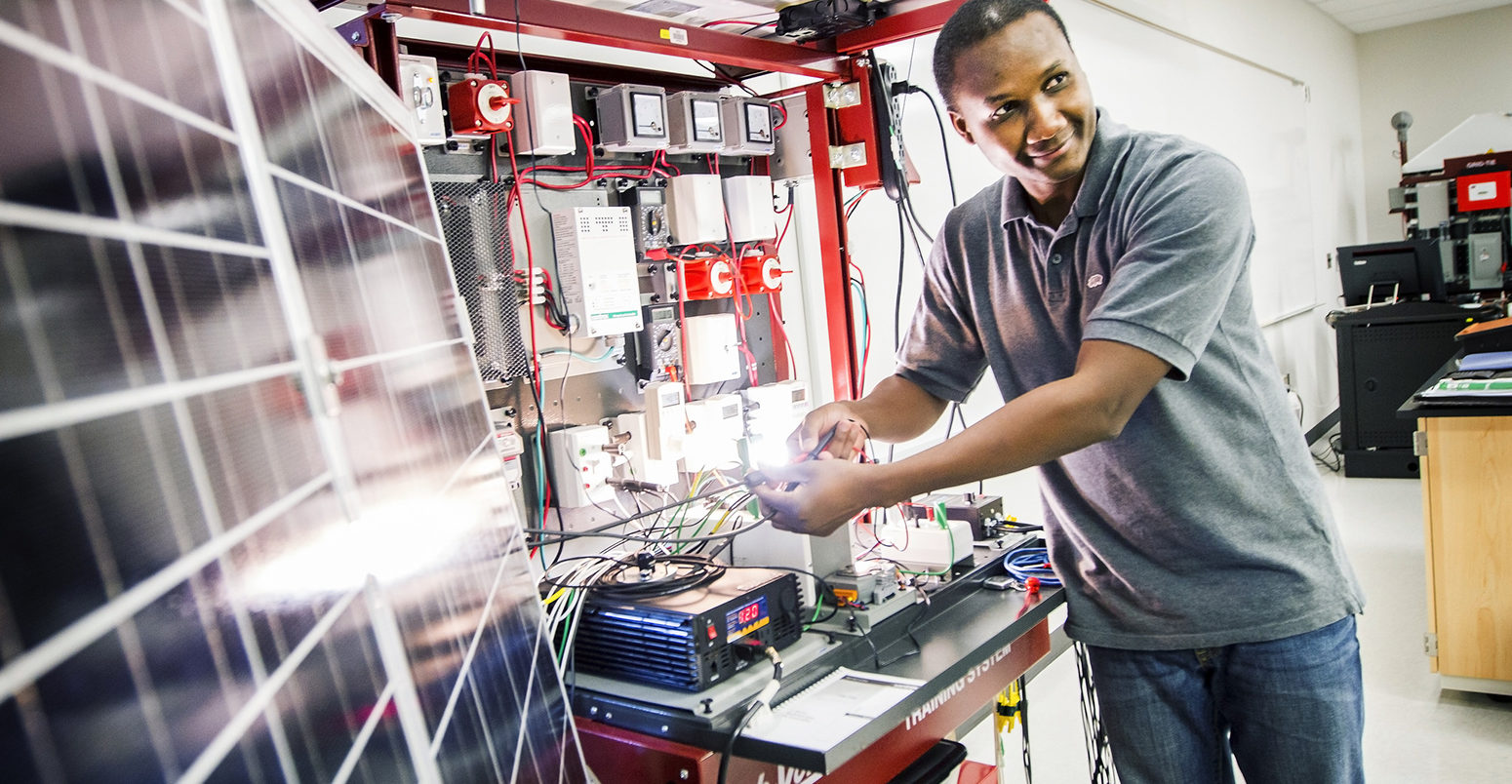 In-depth: IEA predicts rise of cheap renewables and China’s move away from coal

The global energy system is in a state of flux. Renewables are experiencing rapid deployment and steep pricefalls. A growing portion of global energy is provided by electricity. There’s a slow, but apparently inexorable move away from coal in China. And there’s a surge in natural gas and oil production in the US.

These are just some of the insights in the latest annual World Energy Outlook (WEO), which was published by the International Energy Agency (IEA) this week. Specifically, some of the WEO’s key points include:

The hefty 763-page report provides three different scenarios of what the world might look like in 2040: one where current policies are followed; one where new policies are introduced in-line with Paris Agreement commitments; and one where nations quickly take steps to limit warming to no more than 2C.

The report examines the different ways in which the world’s use of energy might change over the next two decades in each of these scenarios.

Scenarios of future energy use

The IEA, an international intergovernmental organisation established in 1974 in the wake of the oil crisis, releases an annual World Energy Outlook report projecting future energy trends over the next few decades.

The figure below shows the three future energy scenarios in this year’s report, along with the relative mix of energy sources used and resulting CO2 emissions…

The WEO’s current policies scenario looks only at policies that are already in place in countries, with no additional interventions to reduce emissions, improve air quality, or otherwise alter the energy market as it stands today. There are still some technological changes that affect the price of different energy sources, but the relative portion of energy coming from each source is mostly unchanged through to 2040.

The projected CO2 emissions in current policies are consistent with a world that experiences around 3C (2.5C and 3.5C) warming in 2100, similar to the Intergovernmental Panel on Climate Change’s (IPCC) RCP6.0 scenario. [Carbon Brief has published an explainer on the different “Representative Concentration Pathways”, or “RCPs”].

It is noteworthy that the WEO does not foresee current policies leading to the IPCC’s high-end, business-as-usual RCP8.5 scenario, which projects that CO2 emissions will be nearly 50% higher in 2040 than in the current policies.

The new policies scenario takes “current policies” and adds Paris Agreement commitments, as well as other national and regional policies that have been announced, but not yet implemented.

In this scenario, global coal use peaks around 2020 and remains roughly flat through to 2040. Plants currently under construction are completed and few plants retire, but almost all new energy demand globally is met by other fuels. Overall energy use is about 8% lower than in “current policies” and renewables play a much larger role in electricity production.

The new policies scenario is the central focus of the WEO. Most of the figures in the report examine its implications. The emissions projections for 2040 are consistent with IPCC scenarios resulting in around 2.5C (2-3C) warming in 2100, similar to the RCP4.5 scenario.

The new sustainable development scenario in the WEO report is an evolution of their prior “450 scenario”, which aimed to limit atmospheric CO2 concentrations to no more than 450 parts per million. However, in addition to emission reductions, it prioritises ensuring universal energy access and reducing air pollution.

In “sustainable development”, global coal use declines by more than 50% by 2040. Natural gas use stays flat, oil declines modestly and overall energy demand is more than 20% lower than “current policies”.

Differences in energy demand explain about half of the difference between “new policies” and “sustainable development”, with renewables, wind and solar, in particular, filling much of the remaining gap left by declines in coal use. The difference between the “new policies” and “sustainable development” scenarios is shown in the figure below.

The “sustainable development” scenario is consistent with a trajectory to have a 66% chance of avoiding warming of more than 2C. By 2040, emissions in “sustainable development” are quite similar to the IPCC’s RCP2.6 scenario. The figure below shows the trajectories of emissions reductions needed after 2040 in order to meet the 2C (red line) and 1.5C (orange) temperature limits.

The report does briefly examine a faster transition scenario that limits warming to less than 2C with no use of negative emissions, but because it explicitly excludes negative emissions that scenario would likely not be able to avoid 1.5C warming.

The IEA has somewhat notoriously consistently underestimated the growth of wind and solar in past reports, as well as their rapidly declining prices. In the latest report, it puts considerably more emphasis on renewables becoming increasingly cost-competitive in the near future.

Even in its conservative “new policies” scenario, it projects that solar photovoltaics will become cheaper than coal in the US, India and China between 2025 and 2030.

The WEO also references how conservative its past projections have been, showing how its solar PV projections for China have consistently been lower than actual growth. This is shown in the figure below, where successive WEO estimates of future solar installations shown in the left panel consistently underestimate actual growth. This is due in large part to the use of official government targets to drive future estimates, which themselves have proven overly conservative.

The report projects a large future role for renewables, meeting 40% of the increase in demand by 2040 in the “new policies” scenario and largely offsetting the growth of coal.

Renewables are also expected to make up two-thirds of total global investment in new power plants, as they will be the least costly means of new electricity generation in many countries.

The IEA also projects that solar will be the largest source of low-carbon capacity by 2040 in “new policies”, led largely by projects in India and China. In the EU, renewables will account for 80% of new capacity in the EU, with wind power the leading source of electricity after 2030.

The figure below shows the total growth – or decline – in energy demand by fuel in the “new policies” scenario, both for the periods from 1990-2016 and 2016-2040. Changes are separated out into China (bold shading) and the rest of the world (light shading), as China will be one of the main drivers of changes in global energy use.

Coal is expected to grow slightly globally in “new policies”, but to decline in China. Oil’s growth will be much lower than in the past two decades, while the rate of growth of gas is expected to remain relatively constant.

The growth in renewables and other low-carbon fuels will roughly double – and increase five-fold in China in the 2016-2040 period. Renewables will represent the single largest source of additional energy over the next 24 years, even in the somewhat conservative “new policies” scenario.

The IEA expects that hundreds of millions of people currently lacking electricity will gain access by 2040. At the same time, energy use will increase dramatically as standards of living increase worldwide and consumers invest in new appliances and cooling systems. The WEO report estimates that in new policies about 40% of the rise in energy consumption between 2016 and 2040 will come from electricity.

In “new policies”, 675 million people – with 90% of them in sub-Saharan Africa – would still lack access to electricity in 2030, down from 1.1 billion people today. However, the WEO report also looked at a variant of their “new policies” scenario where giving the entire world population access to electricity by 2030 is prioritised. They estimate that this would cost a total of around $800bn – or 3.4% of the total investment in energy supply – over the 2017-2030 period.

The figure below shows the sources of energy that would supply the population gaining access to electricity.

In contrast to recent remarks by Rick Perry, the US energy secretary, the IEA sees solar playing much larger role than fossil fuels in expanding energy access in sub-Saharan Africa. The share of fossil fuels used in granting access to electricity remains relatively unchanged between the “new policies” scenario and energy for all case.

The WEO report foresees rapid changes in the Chinese economy, as it shifts from a focus on heavy industry to services and digital technologies. As the world’s largest energy consumer, changes in China play a large role in the future direction of the global energy system.

These economic changes, coupled with the fight against an air pollution public health emergency that results in an estimated 2m premature deaths per year, are expected to lead to a slow decline in Chinese coal use starting before 2020.

Much of the decline in coal will be offset by increased generation from renewable energy, the IEA projects, with solar playing the largest role. One third of the world’s new wind and solar will be installed in China in “new policies”. Imported natural gas will also play a role, with the US potentially becoming a major exporter of liquefied natural gas used in China.

The new IEA World Energy Outlook paints a picture of the global energy system in transition. Technological innovation and policy changes are pushing the costs of renewables down, with concerns about climate change and air pollution helping to shift the world away from coal.

China’s changing economy is shifting away from heavy industry and US exports of liquified natural gas will help displace coal use. Hundreds of millions of people will gain access to electricity and energy use will increase dramatically as standards of living increase worldwide.

While there has been progress toward a more sustainable future, even with planned new policies the transition is currently happening too slowly to steer the world on a path that meets the international target of limiting warming to below 2C above pre-industrial levels, and is “far from enough to avoid severe impacts of climate change”.