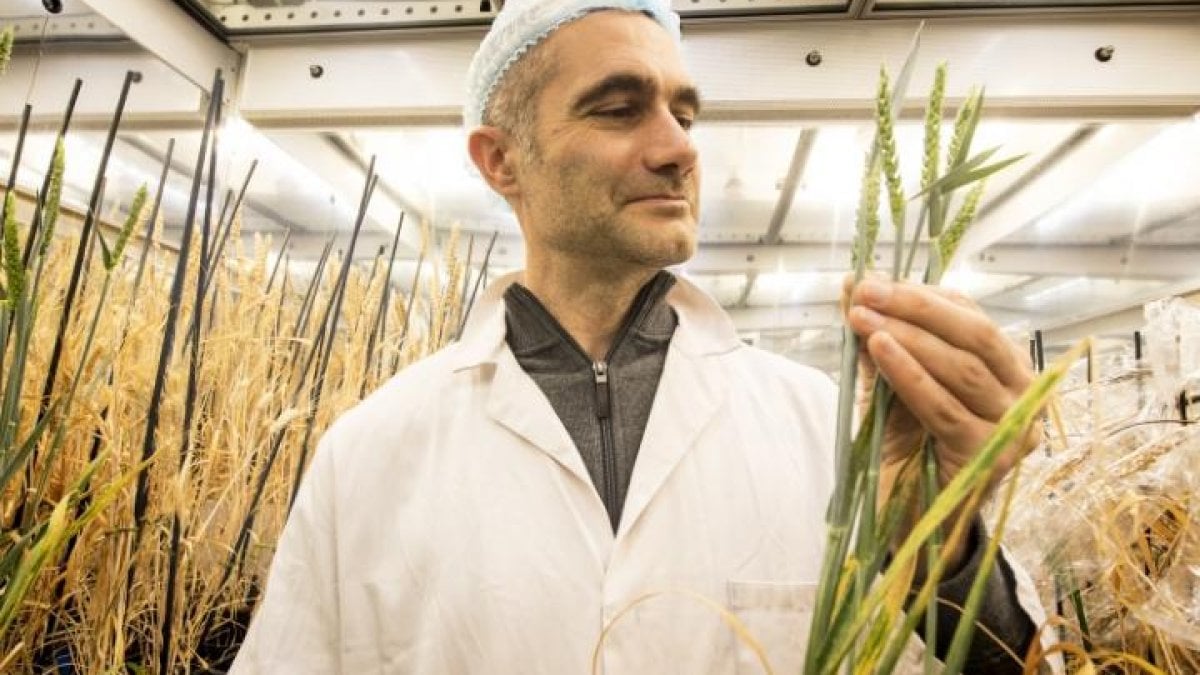 In A Race To Beat Climate Change, Scientists Are Speed-Breeding Plants

Some years ago, NASA bred wheat in space with the goal of providing an unending food supply for astronauts. To help the plant along, astronauts shined light on the plant continuously. As far as the crop was concerned, the sun never set. It was always noon on a cloudless day. The extra light fueled its rapid growth.

Researchers are now using the same technique here on Earth to quickly grow several successive generations of wheat in an effort to breed a crop that can stand up to persistent drought, severe heat or heavy rainfall driven by climate change. Their experiments created a wheat cycle from seed to seed in just eight weeks, making it possible to grow as many as six generations of wheat in a single year.

Scientists believe that the process can make more food in a shorter period of time to feed an ever-growing hungry world; at the same time, the ability to produce more crops more quickly will facilitate researchers’ ability to experiment with different genetic combinations to develop more climate resistant strains.

“Globally, we face a huge challenge in breeding higher yielding and more resilient crops,” said Brande Wulff, a crops genetics scientist at the John Innes Centre in Norwich, England. “Being able to cycle through more generations in less time will allow us to more rapidly create and test genetic combinations, looking for the best combinations for different environments.”

Speed breeding represents a significant improvement over “shuttle-breeding,” a technique pioneered after World War II that allowed farmers to plant just two generations annually. The first generation would take root in the summer, and the second would take root in the winter, having been shuttled to a warmer locale. Speed breeding allows researchers to grow an additional four generations of wheat each year.

Researchers grew their crops by boosting photosynthesis, the process by which plants produce food using energy from the sun. They did this by exposing the plants to light from LEDs for up to 22 hours a day. “We also provide the plants with a slightly more intense fertilizer to sustain the rapid growth,” Wulff said. “We have found that it is essentially a simple technology that has proven itself easy to install and adopt in different labs around the world.”

Speed breeding could become a valuable tool in advancing the understanding of crops genetics. “I would like to think that ten years from now, you could walk into a field and point to plants whose attributes and traits were developed using this technology,” Wulff said. His colleagues included researchers from the Universities of Queensland and Sydney. They described their work in a paper recently published in the journal Nature Plants.

The resulting plants from their research were quite hearty, which came as a surprise to skeptical naysayers, Wulff said. “People said you might be able to cycle plants fast, but they will look tiny and insignificant, and only set a few seed,” he said. “In fact, the new technology creates plants that look better and are healthier than those using standard conditions. One colleague could not believe it when he first saw the results.”

The system works with a range of crops. The researchers achieved up to six generations per year for bread wheat, durum wheat, barley, pea and chickpea, and four generations for canola, a form of rapeseed.

Wulff said that several colleagues in developing nations have initiated speed breeding research, which “is not surprising given how competitive research is,” he said. “If your competitor is using speed breeding and you aren’t, then you will be left behind. What surprises me is that it hasn’t been more widely adopted earlier. I put this down in part to skepticism, in part to habit — old habits die hard — and the cost and quality of LED lighting which, until recently, was too expensive.”

While scientists did not test the nutritional quality of their crops, Wulff said there was no reason to believe they were less nutritious than their conventional counterparts. “I would be surprised if they are impaired,” he said. “Indeed, most if not all of the traits that we have studied have been similar between our speed breeding and standard growth conditions.

While speed breeding is useful to producing different strains of crop, for now it is largely still too expensive to be scaled up. LED lights are cheaper than the sodium vapor lamps scientists used to use, but they remain too costly to use to grow large quantities of wheat for mass consumption. “There are some exceptions, however, where some crops can now be grown cost-effectively in completely controlled environments, such as lettuce,” Wulff said.

“We must use every tool in the toolbox to breed plants that can stand up to the rigors of climate change, and to sustainably feed a growing population,” he said. “By accelerating crop growth and reproduction, scientists and breeders around the world will be able to more quickly breed and engineer plants better adapted to tomorrow’s climate — plants which are nutritious and more resistant to diseases.”