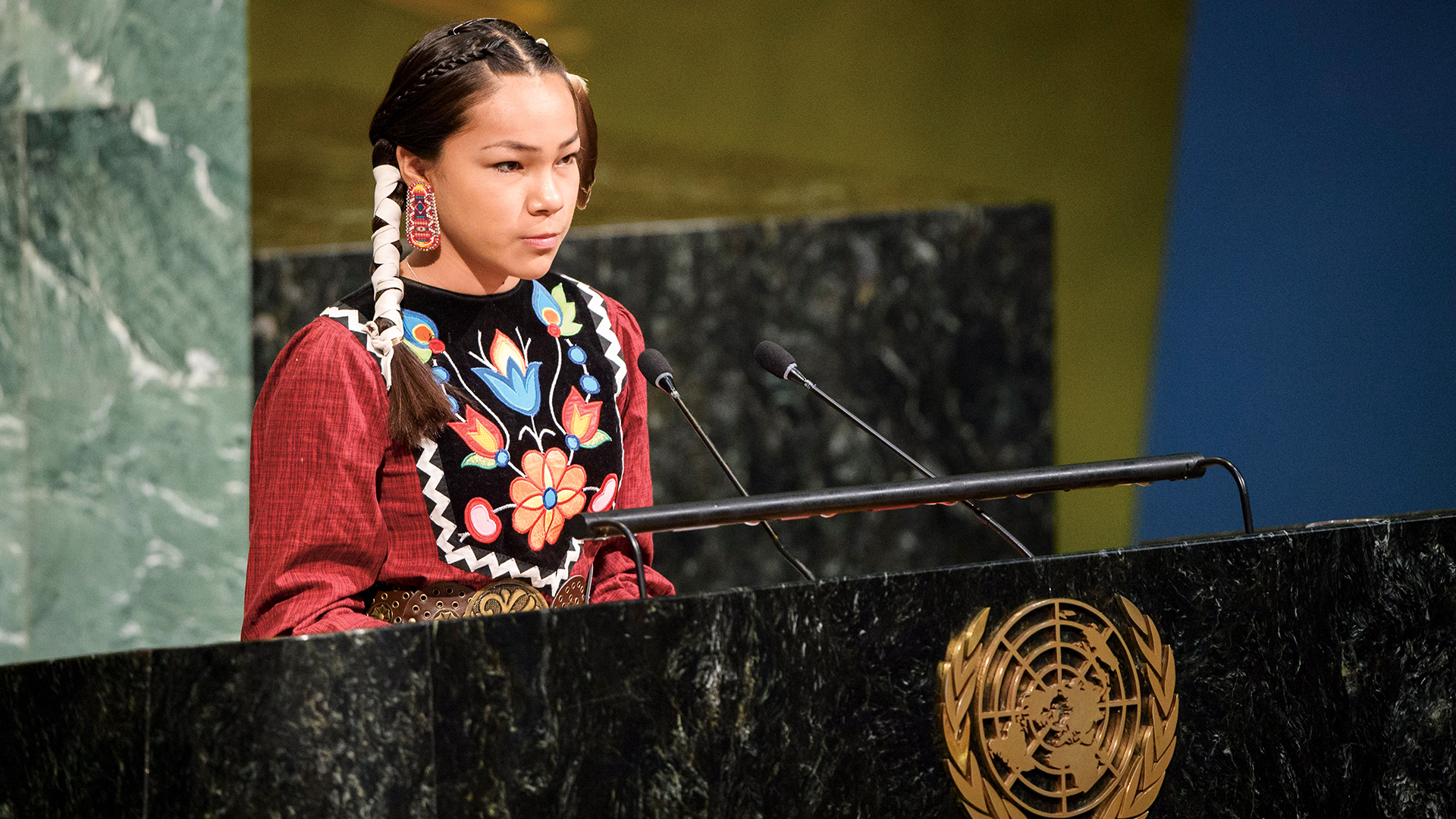 If Greta Thunberg inspires you, you’ll love these 4 teen climate activists too

Greta Thunberg, the 16-year-old Swedish activist, has become one of the most visible faces of the climate activism movement. She’s had a particular gift for articulating the seriousness of the climate crisis and getting older generations to understand that young people will pay the price for their irresponsible decisions. But what’s even more encouraging is that she’s not alone. There are young people around the world who are drawing attention to climate change in their own communities.

Autumn Peltier, a 13-year-old Anishinaabe girl from Wiikwemkoong First Nation in Canada, has been a vocal advocate for protecting water.

“Many people don’t think water is alive or has a spirit,” she said, in a speech at the United Nations. “My people believe this to be true. . . . We believe that water is sacred because we are born of water and live in water for nine months. . . . My heart is not for sale and neither is our water or our lands.”

Mari Copeny, an 11-year-old from Flint, Michigan, has been advocating tirelessly for the government to pay attention to the water crisis in her town since she was 8. She wrote a letter to President Obama that convinced him to visit Flint, and she raised over half a million dollars for the nonprofit organization Pack Your Back that has given school supplies and other resources to more than 25,000 kids in Flint and beyond.

Artemisa Xakriabá, a 19-year-old from the Brazilian Amazon, spoke at last Friday’s climate strike in New York City about the increasing destruction of the land in her part of the world, pointing out that the indigenous people are overwhelmingly affected by climate change. “We fight for our Mother Earth because the fight for Mother Earth is the mother of all other fights,” Xakriabá said. “We are fighting for your lives. We are fighting for our lives. We are fighting for our sacred territory. But we are being persecuted, threatened, murdered, only for protecting our own territories. We cannot accept one more drop of indigenous blood spilled.”

There’s also Ridhima Pandey, an 11-year-old from India, who is among the group of 16 young people around the world (along with Thunberg) who filed a United Nations complaint against five of the world’s largest polluters.

H/T: Denise Balkissoon, a Canadian journalist, who drew attention to these voices in a tweet.