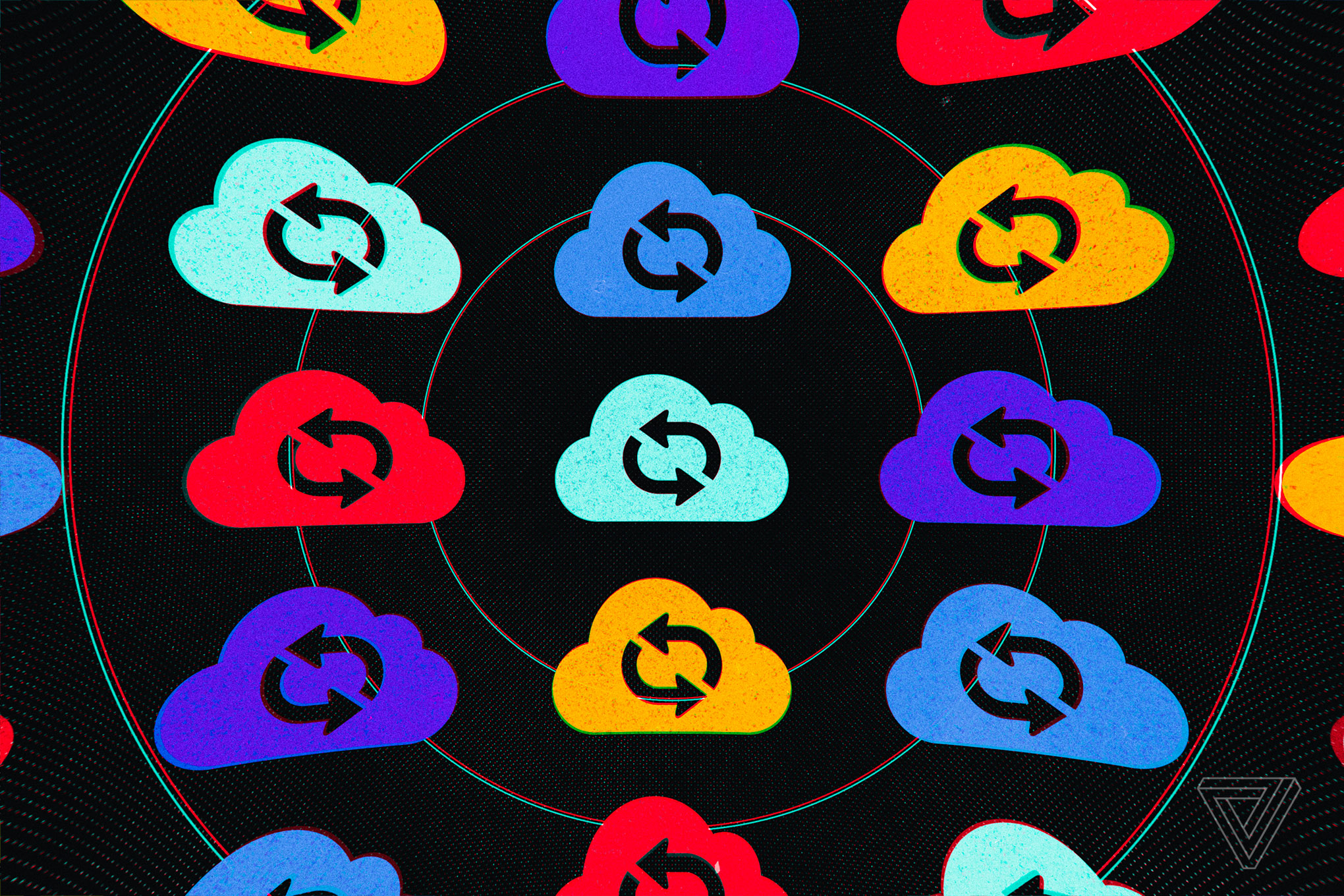 Some are far better than others

Storing your most sensitive files locally on a hard drive is still (and probably always will be) the logical thing to do. But it’s not always the most convenient, which is why most of us look to cloud storage as a secondary option. It has its own set of benefits: it’s reasonably affordable, it makes sharing files easier, it’s ubiquitous across most operating systems and devices, and it’s just really nice to have a backup when your hard drive dies.

There are several services to pick from, and some of them are pretty similar. While common at their core offerings (to give you copious amounts of space to store files online), only a few go beyond that by giving users more free storage upfront, useful online productivity tools, and the option to expand storage well above the 1TB mark. Here are the most popular services and how to determine which one is right for you.

If you have a Google account, you also have 15GB of free cloud storage on Drive that never expires. What you choose to back up is obviously up to you, but Drive works particularly well with documents, allowing real-time collaboration and editing in plain text, spreadsheets, and presentations. Emails and other files received through Gmail will count against your storage, but keeping your inbox under control can keep more of the complimentary 15GB of storage open for use.

For some, Drive’s tools, like Docs, Sheets, and Slides, completely erase the need to pay for a Microsoft Office license. Your mileage may vary depending on if you’re a power user, but beyond just storing photos, videos, and music, Drive gets the nod for the load of extra features stacked on top of the free storage.

Android users can back up their phone state, including SMS messages, apps, settings, and call settings, to Drive, which is useful should you ever need to factory reset your device.

Apps: Google Drive is available as an app on iOS and Android, and it’s easy to access, edit, and share files with others. On desktop, you can edit files in your browser, and Google’s Backup and Sync app automatically shifts files (and whole directories, like your computer’s documents folder) over to your cloud storage.

Price to upgrade: Google’s new One service costs $1.99 per month to add 100GB of cloud storage to your account. If you need more to store and transfer large files, 2TB is $9.99 per month, and One works its way up to 30TB per month for $299.99. (If you have a need for 30TB of cloud storage, wheel down to Amazon’s Drive below.)

Not to be confused with Google One and Google Drive (tech folks are getting really creative with product names), if you have a Microsoft or Outlook account, you’ll start off with 5GB of cloud storage for free. Like Google Drive, OneDrive’s starter tier allows for storage and document editing and collaboration via Office Online.

Paying $6.99 per month or $69.99 on an annual basis will grant you access to 1TB of cloud storage as well as the full suite of Office 365 apps for download on your computer.

For Windows 10 users, OneDrive is embedded in the operating system by default. It’s a good feature for subscribers that minimizes the chances of losing precious documents due to forgetting to back them up. Microsoft aggressively tries to funnel you into using OneDrive, which is good for subscribers but bad for everyone else.

Apps: OneDrive is available on iOS, Android, and Microsoft’s own Windows Phone mobile OS. If you pay at least $6.99 per month, you’ll have access to apps like Microsoft Word on your phone and tablet, as well as on your PC or macOS computer, where OneDrive automatically saves your files.

Price to upgrade: If you simply want more storage, $1.99 per month gets you 50GB of storage. (That’s half the cloud storage granted by Google One for this price.) The highest tier that the service offers is appealing for families with up to six members starting on October 2nd, thanks to a recent change: it costs $9.99 per month or $99.99 annually for 6TB of cloud storage that can be split into 1TB chunks for each user. This tier also grants each user an Office 365 license for use on a computer, as well as a tablet and phone.

If you have an Amazon account, 5GB of cloud storage is available for use. For Prime subscribers, Amazon offers unlimited photo storage even at the $8.99-per-month tier of the service that grants access to Prime Video, but it doesn’t include expedited shipping and the other myriad benefits.

Unlike Google or Microsoft’s services, Amazon Drive doesn’t allow you to edit documents beyond renaming them, so real-time collaboration is out of the question here. For now, this is just a bare-bones cloud storage solution, which might be all you need.

Apps: Amazon Drive is available as an app for iOS and Android, giving you quick access to the items stored in cloud storage. If you’re working on macOS or Windows, a version of the app behaves similarly, but it also lets you sync folders to automatically upload them to the cloud without any action on the part of the user.

Price to upgrade: Amazon offers several upgrades that are priced competitively to Google One. For $11.99 per year, you can upgrade your account to 100GB. If you want more, 1TB costs $59.99 per year, and 2TB doubles that price. If your work requires a lot of cloud storage, Amazon Drive is the way to go, since it offers 30TB of storage for $1,799.70 per year compared to Google’s price of approximately $3,588 for the same amount.

Everyone with an Apple ID gets 5GB of iCloud storage, which can be easily accessed on your iPhone, iPad, or via the iCloud site.

Apple’s cloud storage solution is good at the basics if you’re just keen on storing your documents, photos, and videos. Like Google’s service, Apple offers its own suite of productivity apps (Pages, Numbers, and Keynote) to all iCloud users, complete with real-time collaboration across devices.

A COMPREHENSIVE PACKAGE, BUT IT’S NOT IDEAL FOR BIG FILES

For some, iCloud’s advantage over the services will be that it’s dead simple to use and looks like iOS on the web. Your files and other vital info gets ported over to iCloud, like your iMessages, calendar, reminders, and notes.

In addition to being an online workspace, iCloud can also store backups of your iPhone and iPad, should you ever need to restore your information to a new device. Keep in mind that doing so will probably make all, or much of, your 5GB of free storage quickly disappear.

Apps: You’ll find iCloud on iOS devices, like iPhone and iPad, as well as macOS and Windows, though no Android app currently exists.

Price to upgrade: Paying $1 per month will add 50GB to your iCloud account. Apple matches Google One’s pricing with the next upgrades being 200GB and 2TB, which cost $2.99 per month and $9.99 per month, respectively. An extra 50GB in the cloud might be all that you need, but opting for 200GB or more will let you split the data among your family with iCloud’s Family Sharing feature.

You won’t find huge amounts of storage options here, so you may want to dip into another service if you have big files to store.

By creating an account on Dropbox, you’ll earn 2GB of cloud storage, the lowest amount given by a major service. While the free tier, called “basic,” is just that in most regards, it allows you to collaborate in real time with others in Dropbox Paper, its word processor tool. It’s currently limited to text documents, though users in any tier can open and edit stored documents through Microsoft Office online tools like Word and Excel for free.

Paying Dropbox for more storage will also unlock a host of features that aren’t available to basic users. Dropbox Plus users get 1TB of cloud storage, offline file access, and the ability to instantly back up photos and videos taken with your smartphone.

Dropbox Professional ups the capacity to 2TB, and adds several features on top of what you get with Plus. Most notably, you can recover deleted files and changes to said files for up to 120 days, Dropbox can keep your local files updated automatically via Smart Sync, and you can make a Showcase, a sort of themed portfolio for a batch of content that’s neatly designed and organized.

Apps: Dropbox is available for iOS and Android, as well as on macOS and Windows. Only the Professional tier will allow Smart Sync, which automatically backs up selected folders on your computer.

Price to upgrade: Opting for 1TB of storage and more features with Dropbox’s Plus tier will cost $9.99 per month. Professional adds 2TB of storage to your account for double the price.

Signing up for an individual account at Box gives you 10GB of cloud storage, which is a good start. Similar to Dropbox, Box natively allows its users to create text documents that can be edited in real time with collaborators. This cloud storage service also offers the ability to edit text as well as other types of documents with Microsoft’s Office tools integration, which are like Google’s suite of productivity apps, but more akin to the legacy desktop apps that some are accustomed to using.

Box lacks a robust set of upgrade tiers, limiting individuals to 100GB of cloud storage at most. There’s no option in between if you only want 50GB, or beyond if you want as much as 1TB. But it tries to make up for it by being compatible with almost every device out there, even BlackBerry and Windows Phone.

Apps: Box Drive for desktop gives you access to your cloud storage and automatically updates what’s stored in the cloud if you edit an item. The apps for iOS and Android allow you to make files available for offline access, and it carries over the useful in-browser ability to edit files via Microsoft’s free productivity apps as well as Google’s.

Price to upgrade: For individual users, it costs $10 per month to upgrade to 100GB of cloud storage. That’s the only available paid tier, which is sorely lacking in both features and storage compared to the array of options presented by other services.