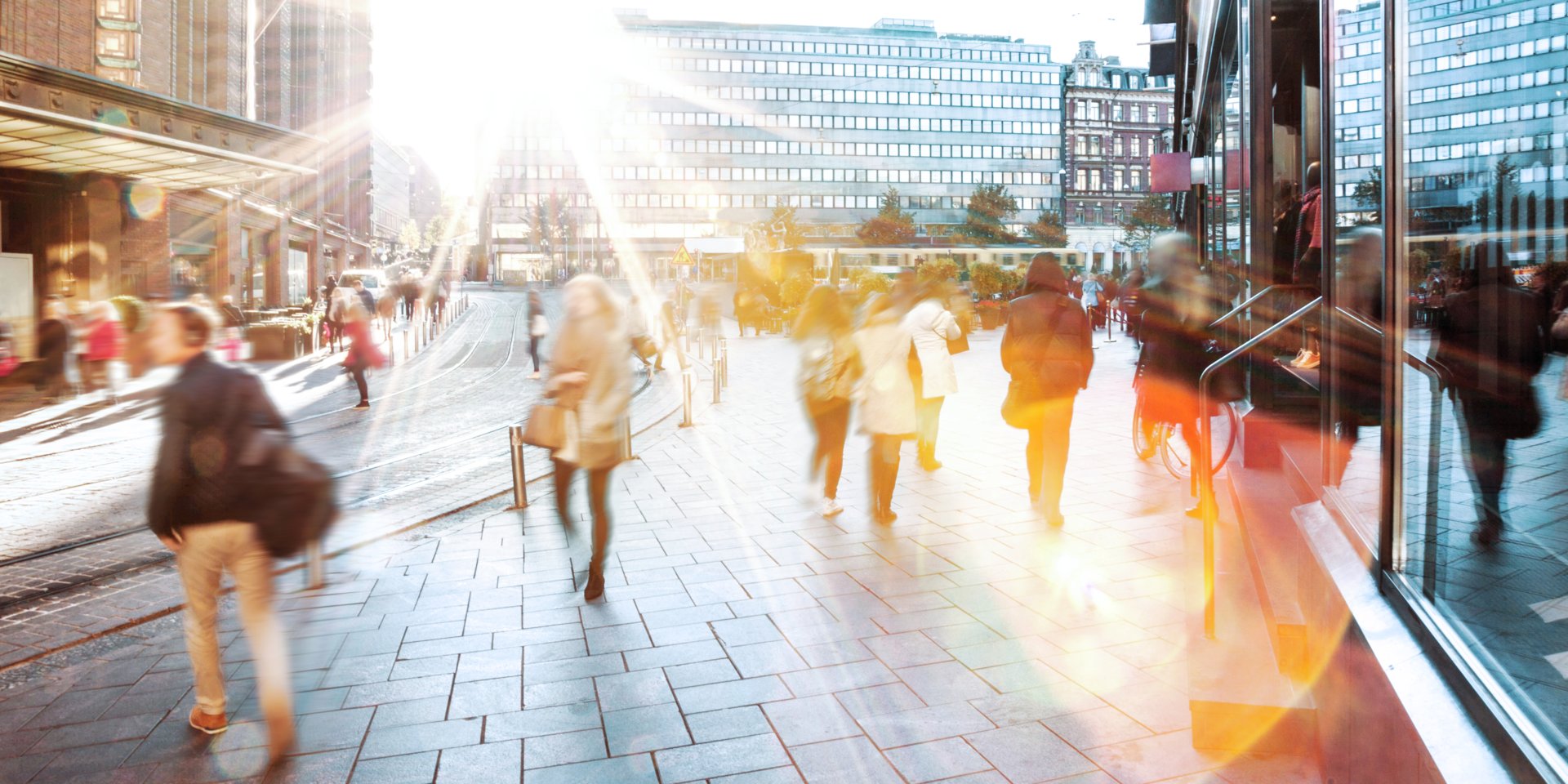 How to know if you're living in a 'smart city'

If you want to know what a “smart city” looks like, ask Bob Bennett.

As the chief innovation officer for Kansas City, Missouri, Bennett can cite each technological advancement hiding in plain sight around the city of 500,000.

For example, along the city’s 54-block smart-streetcar route, there are 320 WiFi access points and more than two-dozen smart kiosks. One hundred and seventy-eight traffic sensors monitor commuter flow, aided by 52 traffic lights in constant sync.

All of this has the immediate effect of getting people where they need to go as quickly, efficiently, and safely as possible. In the bigger picture, the city is also able to extract insights from each of these smart touchpoints, and use those insights to understand which communities are underserved by WiFi access and public-transit routes.

And while the numbers of each type of technology are impressive, Bennett emphasizes that it’s not the volume of innovation that makes a city smart.

“There’s no such thing as a ‘dumb city’ in America,” he says. “There are only cities getting smarter. And we can make that a more rapid progression by sharing what we have.”

Those two-dozen smart kiosks, for example? They’re an idea borrowed from New York. And Kansas City’s streetlights are a feature first tested in San Diego.

Today, over half of the world’s population lives in cities — a number the United Nations expects to grow to close to 70% by 2050. With its City Possible program, Mastercard aims to help cities respond to this trend in a collective way.

City Possible is building a global network for urban codevelopment by bringing together cities, academics, NGOs, and industry partners. One of the first insights that surfaced from this dialogue: Cities have a lot in common. For example, they’re all challenged to upgrade their physical and digital infrastructure to keep up with growing needs.

“Cities have a tremendous opportunity to learn from other cities,” says Miguel Gamiño Jr., the executive vice president and head of global cities for Mastercard. “They should absolutely tap into what I call the ‘superpower of collaboration.'”

Cities on the move

Smart-city improvements often begin in the mobility sector. That’s because the people administering the improvements feel the imperative to demonstrate visible, everyday impact.

“You have to touch everybody if you’re going to truly transform a community,” Bennett says. “Every Kansas Citian and every visitor touches the transportation network every single day.”

A recent study by the University of Maryland at College Park found that residents of West Baltimore, when asked what city improvements would most improve their daily lives, cited free WiFi availability on city buses. Thirty-nine percent of respondents don’t have internet access on home computers, so WiFi-enabled buses could allow students to complete homework while commuting.

Baltimore, another participant in the City Possible program, sits at the intersection of three important factors in the smart-city movement: public transportation, digital inclusion, and listening to what the public wants and needs.

“‘Smart’ should never be an end in itself,” says Mastercard’s Gamiño. “‘Smart’ should always be a means to achieve the outcomes that matter most to people living in a city.”

Look for the ‘Lab’

Another sign that your city is getting smarter: a city-operated testing environment labeled a “Lab.”

The willingness to experiment and innovate is key to breaking away from the patterns that can hold cities back. That’s what happens at Melbourne, Australia’s CityLab, where population growth and climate change are focal areas.

In Kansas City, many ideas originate from the Living Lab, a public-private partnership in which developers test more and more applications of Internet of Things technologies to city life.

In Helsinki, the lab concept has expanded to encompass an entire residential district known as “ Smart Kalasatama.” The district is home to 3,000 residents who are the first to test pilot programs that, if successful, could be expanded to improve city services and quality of life in the larger city, along with other cities outside Finland.

In Kalasatama, a wellness initiative monitors residents’ stress levels via “smart rings,” while virtual reality combats anxiety with soothing audio and visuals. For a more traditional example, plans for transportation efficiency were disregarded unless they could give each resident back an hour of their day.

Something else that’s expanding: the City Possible network. Interested applicants can reach the City Possible team here to find out how they can join Kansas City, San Diego, Dublin, Baltimore, Melbourne, Helsinki, and a growing list of global member cities of all sizes.

“Most cities share common concerns and want to provide things like safety, cleanliness, affordability, and economic opportunity,” says Gamiño, who’s eager to see where City Possible goes in its second year. “For me, the biggest opportunity of ‘smart cities’ is to make tech truly work for people.”