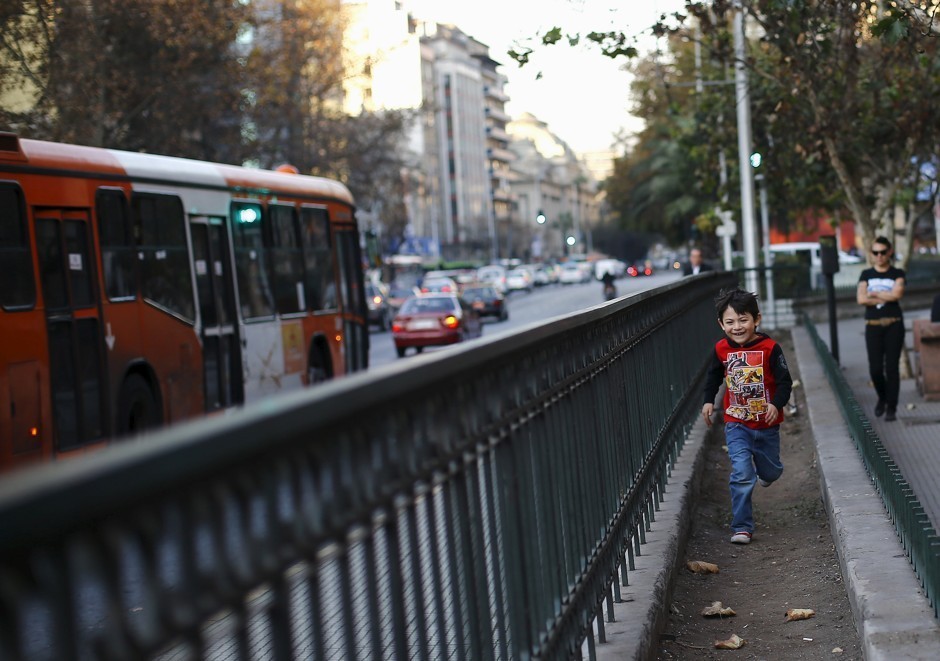 How to Design Cities for Children

A billion kids are now growing up in urban areas. But not all cities are planned with their needs in mind.

There’s a device called the Mosquito that emits an annoying sound at a very high frequency—so high that only young people can hear it. It’s marketed by its manufacturers as a means of discouraging kids from loitering in streets and other public spaces. (Shopkeepers have blasted Barry Manilow, to similar effect.) The UK’s first children’s commissioner, Sir Al Aynsley-Green, called it “an ultrasonic weapon designed to stop kids gathering,” and cited its use as proof that the nation’s attitude toward its youngest residents was fundamentally wrong. “This country is one of the most child unfriendly countries in the world,” he said in 2010.

What if, instead of devising ways to deter kids from using public space, cities were built to encourage it? That’s a question that city officials, planners, and NGOs are thinking about. Designing cities with young people in mind—particularly outdoor spaces that encourage safe movement and social interaction—stands to be an issue of growing concern globally. By 2050 around 70 percent of people will be urbanites, and the majority of them will be under 18. Today, over a billion children are growing up in cities.

Not only will better design help these children thrive and become healthier, more successful adults, but planning for children, with their more limited range and unhurried pace, means simultaneously planning for other vulnerable groups, such as the disabled and the elderly. And the well-being of children can have a way of uniting policymakers who disagree on most everything else.
But the fate of urban kids—and their role in shaping city life—can be a fraught topic. In hyper-expensive U.S. cities like San Francisco, which has seen its share of child residents plummet to 13 percent, prosperity has resulted in a relative absence of children in the city, which in turn has made it “a little bit more of a colder or harder place,” as CityLab’s Richard Florida told The New York Times last year. In cities struggling with crime and poverty, on the other hand, youths can often be seen as more of a threat: See, for example, how the issue of youth violence plays out in Baltimore, where elected leaders frequently invoke the specter of juvenile criminality.
Amy Levner, a vice president at KaBOOM!, the U.S. nonprofit that works to provide community-designed play spaces for children living in poverty, said the narrative of child-friendly cities has intensified in the past year, and a recent report on the subject from London-based design firm Arup has furthered the conversation. “The fact that the work came out of a major, multinational firm is exciting,” she said. “It’s not just coming from academics or policymakers, so it’s reaching a different, broader audience.”

So what does designing a city around kids mean? The Arup report’s authors are clear that it’s not just about building more playgrounds, however important such spaces are and will continue to be. The report focuses on two main aspects of design: everyday freedoms and children’s infrastructure.

Everyday freedoms refer to children’s ability to travel safely on foot or bike and without an adult in their neighborhood—to school, to a rec center, to a park. The “popsicle test,” in which a child can walk from their home to a store, buy a popsicle, and return home before it melts, is one way to measure this ability. Children’s infrastructure means the network of spaces and streets that can make a city child-friendly and encourage these everyday freedoms.
“When we create big parks and the big museum in the middle of a city, only certain kids use it, but if we build smaller and more locally, all neighborhoods benefit.”

Strategies for how to ensure such child-friendly design focus on walkability and decreasing the dominance of the automobile. The authors recommend interventions like wider sidewalks and protected cycle lanes and footbridges, and point to examples such as Barcelona’s “superblocks”—square sections of the city where cars are only permitted on perimeter roads, leaving large chunks of space free for pedestrians and cyclists.

The report also advocates for more parks, such as Bicentennial Children’s Park in Santiago, Chile, which spans the city and provides a continuous, green walkway and play space through neighborhoods rich and poor. “Wild spaces,” where children can play in nature, are also touted. Rotterdam, for instance, offers a forested area in one of its city parks where children can make dens, fires, and rafts—and even camp out overnight.

Other recommended interventions include bus and tram stops that invite creative play, such as a pilot bus stop in Singapore that features a swing and a rack of books for perusal. The report offers a myriad of other strategies, from planting community gardens to creating infrastructure that anticipates climate change, like stormwater parks that can be used in both flooded and dry conditions.

One consistent theme, says Arup: The most effective interventions are implemented at the hyperlocal level. Think front yards and neighborhoods. “On average,” the authors write, “[spaces in front of homes] make up at least 25 percent of a city’s space and have the greatest potential to encourage everyday freedoms and social interaction.” Focusing on the very local also means that more children can access the interventions.

Splashy downtown megaprojects are typically less meaningful amenities for urban families. “When we create big parks and the big museum in the middle of a city, only certain kids use it,” said Michael Feigelson, executive director of the Bernard van Leer Foundation, which develops and shares knowledge about early childhood development. “But if we build smaller and more locally, all neighborhoods benefit.”
Several cities, including Buffalo, New York, and El Paso, Texas, are investing heavily in building children’s museums. These may be appealing draws for tourists, but Levner sees the focus on such expensive downtown development as something of a cautionary tale. “These solutions are often implemented in places with a lot of political will and funding,” she said. “Cities focus on creating a wonderful downtown spaces, but they are often only for people who can afford them, leaving many kids and families behind.”

Arup’s report looks mainly at the kid-friendliness of cities in the developed world; child-friendly design can be even harder to accomplish in lower-income countries, where urbanization is occurring very rapidly and in an unplanned manner. “People often think of urbanization in the developing world as very dense, with slums and the like, but low-rise sprawl is even more of a problem,” said Jens Aerts, an urban planning expert at UNICEF.  “Cities in sub-Saharan Africa, for example, are often less compact, and it’s harder to adjust these urban environments to be more child responsive.”

The report recommends that children and families be included in urban planning processes, and Aerts noted that this is particularly critical in lower-income countries. “It’s about creating community life and interaction,” he said. “This means policies like defining shared spaces for children and families and regulating land use, infrastructure standards, and decision making so that’s possible.”

“If you do everything in the report but you don’t have enough housing and support services, your success will be limited.”

Is the plan put forth by Arup enough? Brent Toderian, former chief planner of Vancouver and advocate for making downtowns conducive to family life, has one criticism: a lack of attention given to housing and services. While any smart addition to the narrative of designing for families is positive, he said, the report’s focus on the public realm skips over the need for housing that fits families at many price points, and essential supports such as daycare and schools. “If you do everything in the report but you don’t have enough housing and support services, your success will be limited,” he said. “Good strategies address all three elements.”

While Jerome Frost of Arup agrees that housing and services are a necessity, he countered that first investing in the public realm means ultimately investing in the larger vision Toderian describes. The initial investment, he said, “creates value that can be captured and recycled to help fund the affordable housing and public services that underpin successful urban childhoods.”

There’s another reason why the value of good public space for children’s health and well-being should not be underestimated, according to Feigelson. It’s easier, and cheaper, to fix.

“When you can’t change housing stock easily, having green spaces nearby, for instance, where families can get out and socialize really does make a big difference,” he says. “Changing bigger ticket items can take a long time and a lot of politics. Beginning with activities that are a bit easier, less expensive, and visible can be a great way to start the debate. City leaders need to feel like they can get things done.”